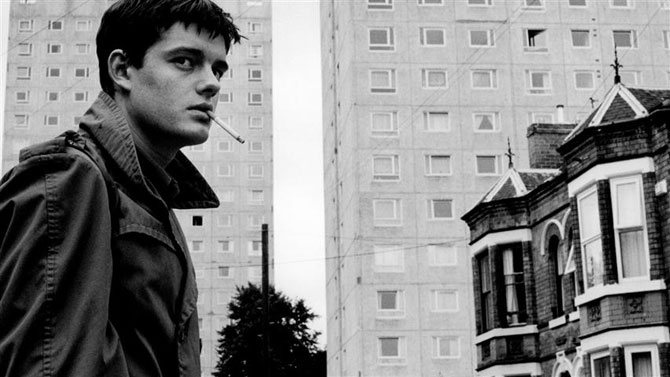 Is there a more perfect hangout spot than a movie theater stocked with a full bar? The concept is popular: Across the country, independently owned draft houses serve up pints to accompany first- and second-run screenings. In Athens, Ciné offers patrons a spot to imbibe while checking out the latest, greatest indie releases.

Having hosted several successful events in their native borough of Queens, organizers are taking CUI on the road with the first time for an Athens screening of director Anton Corbijn’s Control, the beautifully shot black-and-white biopic about troubled Joy Division frontman Ian Curtis.

The Classic City connection is manifold, says CUI’s Jon Hogan, who was encouraged to bring the project to town by his friend and former roommate Dan Mistich, a UGA graduate instructor and Flagpole contributor.

“We started devising a music-oriented evening to cater to Athens’ history as a city with music in its blood,” says Hogan. “We’re R.E.M. fans, of course, and after putting two and two together, we thought we could screen Control and tip our hat to a director that took some of R.E.M.’s most iconic band photos. It didn’t hurt that R.E.M. were big fans of Joy Division, too.”

After learning that Joy Division/New Order bassist Peter Hook was set to perform in Athens on Apr. 21—a show that will feature Hook and his band, The Light, playing Joy Division’s classic records Closer and Unknown Pleasures in their entirety—CUI partnered with the Georgia Theatre, as well as Creature Comforts, to present an evening of Joy Division-themed entertainment, dubbed “Manchester to Athens.”

Prior to the Control screening at Ciné, organizers will show a montage of some of Corbijn’s music videos and archival Factory Records footage. Raffle tickets, where folks can win access to discounted Creature Comforts beer, tickets to Hook’s show, signed New Order LPs courtesy of Low Yo Yo Stuff and various other prizes from local businesses are included with entry price (advance purchase comes with two raffle chances, as opposed to one at the door).

After the movie, Athens-based gloom-punks and Joy Division devotees Muuy Biien will perform a set of “music from and inspired by the luminaries of Factory Records” down the street at The World Famous.

“Dan has been telling me about Muuy Biien for quite a while,” says Hogan. “When we locked down on making this evening Joy Division/New Order/Factory Records-centric, we thought it’d be fun to [have a] live performance element that would be sonically equivalent with the visual aesthetic of the film,” which Hogan calls “somber, contemplative [and] hypnotic.”

Each of CUI’s film picks is unanimously agreed upon by all its partners, and thus carries a degree of personal recommendation, but Hogan says Control holds a special place for him, especially.

“I spent most of high school as a scrawny, shaggy-haired pale kid who wore black nail polish and wrote poetry, so it’s safe to say that Joy Division has long been a significant part of my life,” he says.

WHAT: Manchester to Athens
WHERE: Ciné, The World Famous
WHEN: Monday, Apr. 13, 7 p.m.
HOW MUCH: $12 (screening, includes raffle ticket), FREE (afterparty w/ band)