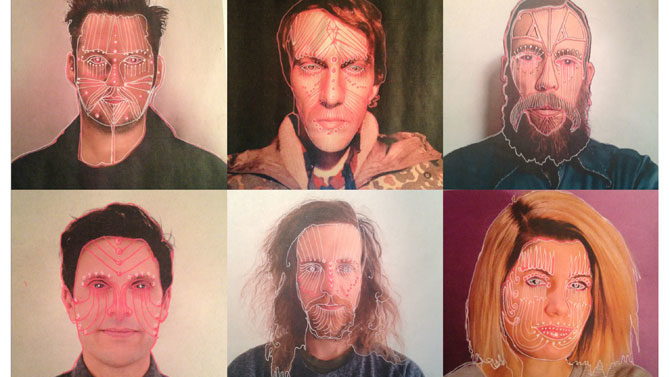 Editor’s note: Indie rock giants Modest Mouse play the Georgia Theatre Monday, Mar. 9 in support of a new album, Strangers to Ourselves, after more than a 10-year absence from the Classic City. Frontman Isaac Brock is known for his inscrutable, pseudo-existentialist lyrical meanderings. To commemorate the show, we asked a PhD candidate in UGA’s philosophy department to analyze some of our favorite MM songs through a way-too-serious academic lens.

Sample lyric: “Everyone’s afraid of their own lives/ If you could be anything you want/ I bet you’d be disappointed, am I right?”

Brooke Schueneman: “Lives” is an example of the existential concept of bad faith. Jean-Paul Sartre describes bad faith as a form of lying to oneself in response to fear. We are afraid of what we can actually do and become, afraid that we create ourselves in each moment. The existentialist motto is “existence before essence.” This means that nothing is given before the fact. We are not born with a nature that is set in stone; who I am is not inevitable. But freedom is scary, because with radical freedom comes radical responsibility.

2. “Never Ending Math Equation” (Building Nothing Out of Something)

Sample lyric: “Infinity spirals out creation/ We’re on the tip of its tongue, and it is saying/ We ain’t sure where you stand/ You ain’t machines and you ain’t land”

BS: There is an ancient debate concerning free will and determinism. On one hand, we experience life as constituted by a myriad of choices. We plan for the future, form intentions, act freely on those intentions and hold others accountable for their choices. On the other hand, we understand non-human nature through scientific principles, cause and effect. The universe is, in this sense, potentially explainable and, as a result, potentially predictable. But we are just parts of this universe. Are my actions—is my experience—equally understandable as a mere play of forces?

Sample lyric: “This plane is definitely crashing/ This boat is obviously sinking/ This building’s totally burning down”

BS: Brock sings here of planes, boats and buildings—hardly objects of nature—but political philosopher Hannah Arendt points out that we humans have been eager to trade life on Earth, this “free gift from nowhere,” for something we’ve made ourselves. She calls this technological fixation a rebellion against human existence as it’s been given. While we might, indeed, trade the Earth for something artificial, in doing so we destroy the very conditions of our own existence. We cannot be free of the nature that both creates and sustains us. And in those final moments, as the planes and ships go down, it will not be the artificers who perish with them, but their children. Only they shall enjoy the “luck” of being born into a world that may be past the point of saving.

4. “The Waydown” (The Fruit That Ate Itself)

Sample lyric: “What’s mine is mine and what’s yours you probably got/ And we all fall”

BS: Critical theorist Herbert Marcuse worries about the erasure of individuality and freedom in our modern society. Human identity is ideally constituted by two dimensions: the inner dimension, wherein I am myself as a unique individual, and the outer dimension, my social identity. Marcuse argues that our mass-produced culture is “introjecting” the external into the internal such that there are no individual personalities, but carbon copy human beings who reflect only the products they consume. We are one-dimensional, completely identified with the products and producers that tell us what we need and want.

5. “Interstate 8” (Building Nothing Out of Something)

BS: According to Buddhist philosophers ÅšÄntideva and NÄgÄrjuna, life is suffering. We are all caught in samsara, the beginningless cycle of birth, death and rebirth. ÅšÄntideva describes the roots of this cycle as threefold—craving, hatred and delusion—and NÄgÄrjuna focuses his philosophy on destroying this delusion. With rigorous argumentation, he shows that everything is related and everything is empty. Once I come to see that the world is empty of some enduring essence, that it is comprised only of temporary and fleeting relationships, I will find that I, too, am empty. I will come to understand my own struggle for permanence on the infinite highway as vain. Abandoning our craving for immortality, we can, perhaps, forge a new road to liberation.