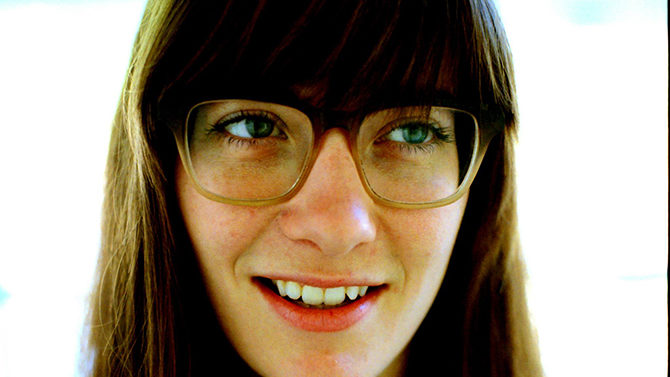 We’re barely into July, but 2014 has already been a banner year for Athens music; there have been dozens of local albums worth your time and/or money released over the past seven months. Here’s a helpful roundup of some of our favorites, complete with capsule reviews—some previously published in Flagpole—and links to where you can grab ’em on the web. Of course, most, if not all, of these records can be found in physical form at Wuxtry and/or Low Yo Yo downtown.

Bookmark Homedrone to stay up-to-date on all the latest local sounds.

Circulatory System: Mosaics Within Mosaics
(Cloud Recordings)
Will Cullen Hart and company’s third LP since 2001 is an appropriately considered and typically sprawling set of lo-fi psych-pop mini-masterpieces. Its 31 (!) tracks cycle mercifully and mercurially through the range of human feeling, from confusion to self-doubt to grief to jubilation and beyond. It’s all filtered through a gauzy, dreamlike haze. Not only is Mosaics my favorite record to come out of Athens this year so far; it might be my favorite local album of the past several years. cloudrecordings.com [Gabe Vodicka]

Deep State: Bein’ Mean EP
(Independent Release)
Deep State shares members with Brothers and Little Gold, but those bands’ frontmen take supporting roles here; it’s Taylor Chmura’s rotten-cotton-candy choruses that propel things forward. Despite the sunny-day melodies, there is a distinct air of grievance throughout Bein’ Mean. There’s not really a bad track, though the Supergrass-y “Tittyboyz” is the obvious single. “What a fool I’ve been,” goes the sing-along refrain, but one gets the sense Deep State is ready to wake up and do it all over again. Full review | deeepstate.bandcamp.com [GV]

Eureka California: Crunch
(HHBTM)
Eureka California refuses to be jaded, bringing teenage exuberance to deceptively smart material. You hear it in the snare drum that starts off “I Bet You Like Julian Cope” like a cheer in a high school gym. The title refers to the ‘70s UK musician, but it could just as well be addressed to a crush. Propelled by Marie Uhler’s drumming, Jake Ward delivers hook after hook with the confidence of a singer who can name-drop Descartes and then laugh it off: “And I think therefore I am/ And I think like a man.” Full review | hhbtm.com [Marshall Yarbrough]

Four Eyes: Our Insides
(Independent Release)
Our Insides is the start of a new era for Erin Lovett’s Four Eyes. While her band has a lush, new sound, the cutesy, starry-eyed aesthetic remains unchanged. But this particular album’s positive message is hard-earned, through songs that aren’t afraid to deal with heartbreak and loneliness. Lovett has seen the light at the end of the tunnel and wants to guide us through the tough times and into something better and more meaningful. An honest and bold endeavor from one of Athens’ most important musical voices. foureyesathens.bandcamp.com [Nathan Kerce]

Katër Mass: Circles
(Added Warmth/Pizza Tomb)
Circles is a grown-up record in many ways. Where 2012’s [kaht-ur mahs] hid bits of melodic goodness amidst an onslaught of lo-fi fuck-you-rock, the new album puts the hooks right up front. Like Propagandhi or Hot Water Music, Katër Mass often lets the guitars lead the way melodically, while Tim Gill and Phil Lewin’s raspy, insistent vocals provide a fist-pumping counterpoint. The result is a thick, mid-range-heavy post-hardcore assault that allows various nuances to shine through, like the dueling distorted leads on “Crawl,” or the At the Drive-In-like breakdowns on “Portrait.” Full review | addedwarmth.storenvy.com [GV]

Little Gold: Spectral Sight
(Loud Baby Sounds)
Spectral Sight is sloppy as hell. Somehow, it all works; the album is varied, humorous and honest from beginning to end. Chase Merritt’s driving percussion pairs perfectly with John McClean’s ass-shaking bass grooves. DeRoeck and Taylor Chmura handle guitar, and their sound rests somewhere on the border between twee and folk-rock, with the occasional digression into ’70s-style classic rock solos. The record always seems just on the verge of collapsing into a complete mess, but Little Gold holds it together just enough to deliver one of the most unique local albums of the year. Full review | littlegold.bandcamp.com [NK]

Motherfucker: Tae Kwon Do EP
(Independent Release)
As polished and as powerful as these songs are, it’s difficult to believe that Tae Kwon Do is Motherfucker’s first release. Pounding drums and chugging guitar riffs recall early work from Queens of the Stone Age and other stoner-rockers from the ’90s. The record’s title track may startle, a long, swirling arrangement that locks in at almost seven minutes. Although these four songs should appease those on the hunt for aggressive rock, the EP is a sign that more good is apt to come from this supremely capable band. Full review | motherfuckermotherfucker.bandcamp.com [Dan Mistich]

Motion Sickness of Time Travel: Alpha Piscium
(Hooker Vision)
Alpha Piscium is billed as the proper follow-up to 2012’s acclaimed self-titled double-album, and it is similarly dense and ambitious. The “Ikebana” series that populates the record’s midpoint brims with weird energy. “You Don’t Know What It’s Like” is the album’s literal heartbeat, an immersive tune whose underlying groove is eventually overtaken by encroaching static. The title track functions as an outro, sheer and pretty and imbued with vague heartache. Alpha Piscium finds beauty in the mundane. It is also poised and proud amidst chaos, Evans’ finest outing yet. Full review | hookervision.blogspot.com [GV]

murk daddy flex: Genesis
(Pizza Tomb)
Fans of Luke Vibert or Gil-Scott Heron will dig the downtempo glide of tracks like “Snake Charmer” and “Crayon.” “Black Mamba” and “California Mountain Snake” shake up rock-and-roll in good Odelay form. The criminally short “ii.Cloud Nine” blends dub, gospel, jazz and tropical vibes into one unbelievably smooth tonic. But the all-out showstopper of Genesis is “Asimov” and its austere march of light, which borders on saccharine but brushes past with some electronic wizardry. Full review | pizzatomb.storenvy.com [Lee Adcock]

Muuy Biien: DYI
(HHBTM)
Athens’ strongest and sharpest punk band, Muuy Biien has evolved by leaps and bounds on its second LP. It’s laser-cut, throat-throttling stuff, boiled down clean to the bone. Gone is the shambled fuzz of the debut; think more Gang of Four or even early Bauhaus. Ominous ambience weaves together the focused blasts of visceral tunes—it sounds strange, sure, but trust me, it coheres crazy well. You haven’t heard Muuy Biien, though, until you cram yourself in a tiny room with 50 other people and find yourself careening across the floor in time with the rumbling melodic bass. Full review | hhbtm.com [LA]

New Madrid: Sunswimmer
(Normaltown)
The bits of character that speckled New Madrid’s debut, Yardboat, are fully fleshed out on Sunswimmer; with the help of producer and mentor David Barbe, New Madrid has come into its own. From the raucous guitar fuckery of single “Manners” to the catchy, chunky harmonies of standout “Forest Gum,” the record should solidify New Madrid as a true creative force. If New Madrid is, as has been predicted, the “next big thing” to come out of the Classic City, we can rest easy knowing it will represent our modern self quite well. Full review | normaltownrecords.com [GV]

The Powder Room: Curtains
(Independent Release)
Curtains is as much a work of rage as it is one of restraint. To call it grunge hardly indicates the balance that sets the record apart—while it certainly has the power and weight that Athens music has seen less and less of in recent years, it is distinguished by structured melodies and clear recordings that make the songs almost scream-along-able. The quality of the recording is no surprise; the band is led by the 2014 Flagpole Athens Music Award winner in the Live Engineer category, Gene Woolfolk. Those who can’t get enough of The Powder Room are in luck; the band is set to release another album within the year. thepowderroom.bandcamp.com [Jodi Murphy]

Shade: Pipe Dream
(Southern Vision)
Phelan LaVelle’s indecipherable vocals range from soothing to extremely aggressive, while her guitar lines are exciting and unpredictable, moving in any and every direction, as if to intentionally throw the listener off course. The bass and drums of Will Cash and Al Daglis are a constant assault on the senses, turned up as loud as possible in the mix, driving a harsh but often loose rhythm that gives LaVelle plenty of room to move around. While the record’s improvisatory structure suggests these songs were built for live shows, Shade’s big, blown-out sound translates surprisingly well even on the shittiest of laptop speakers. Full review | southernvision.bigcartel.com [NK]

Tunabunny: Kingdom Technology
(HHBTM)
Tunabunny’s fourth record finds the band hovering dispassionately over the proceedings, adding a dash of guitar here, a spot of electronics there, finishing touches on a sparse abstracted landscape. Even in the thick of it, they’re charmingly aloof. “Pump on the brakes now,” goes the vocal on “Power Breaks,” and as a lovely swirling guitar fills both stereo channels, the car doesn’t stop so much as it seems to lift off the ground. Sometimes the band deigns to descend for perfect, straightforward pop songs, like “Good God Awful” and “Coming For You,” and when it does, the results are transcendent. Full review | hhbtm.com [MY]

Versatyle tha Wildchyld: S.M.A.S.H.
(Independent Release)
Few local artists are as outspoken about the state of hip hop as Versatyle tha Wildchyld, which is why it was surprising that his 2014 full-length opened with “Daddy,” a rather cringeworthy sex tune, and went on to feature “Round and Round,” a similarly simplistic and vaguely misogynistic banger. But the album is also testament to Versatyle’s, uh, versatility—S.M.A.S.H.‘s meat-and-potatoes, like deep-cut standout “Struggle Like Me,” showcases the MC at his most socially conscious and verbally astute. (It didn’t hurt that producer BandBoyMacho delivered a show-stopping effort, either.) cdbaby.com/cd/versatylethawildchyld [GV]