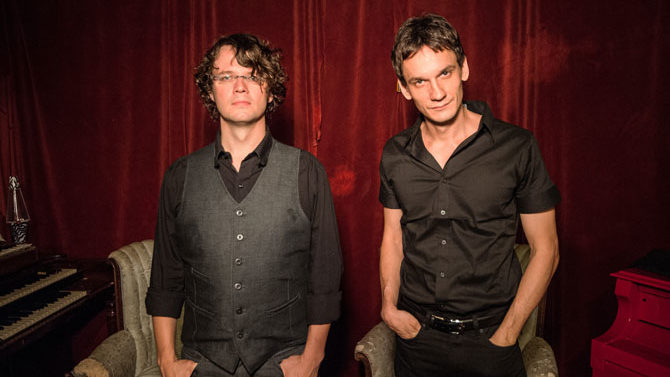 The Athens Americana Music Festival returns this weekend for its seventh annual edition. The event has grown exponentially since its humble beginnings and now boasts a strong lineup of well known local and touring musicians, including upstart faves Family and Friends, long-running Athens act Dashboard Saviors and renowned blues-rockers North Mississippi Allstars. This year, the fest once again partners with the Twilight Criterium for a series of outdoor shows Friday, Apr. 25. (See the full schedule here.) Flagpole spoke with organizer Adam Klein about semantics, logistics and celebrating unplugged music in an increasingly plugged-in world.

Flagpole: The term “Americana” has become a catch-all for any kind of roots or acoustic music. What does it mean to you—and do you think the term is overused?

Adam Klein: Americana [refers] to music that stems from traditional American and often Appalachian-based styles—mainly roots music, touching upon folk, country, bluegrass and blues. But rock and roll can be swirling around in there, also. It’s definitely a wide net… Some acts that are championed by the Americana Music Association can be claimed by the indie rock world, too.

I don’t mind the term… Some people may view it as narrowly as people in overalls and bare feet playing banjo and wearing straw hats… Call it what you want. But come to our fest, or go see a really established event like Hardly Strictly Bluegrass Festival in San Francisco, and you’ll hear great bands, meet some cool people and have a blast.

FP: What have been the most satisfying and/or surprising things about the fest’s growth?

AK: We originally started it as a two-night event at Little Kings, with music alternating [between] the outdoor stage [and] inside. Last year, we expanded it such that you have multiple venues having overlapping shows. It’s on the cusp of either really expanding or scaling back to a simpler, easily manageable community showcase. Seeing the fest become part of the annual calendar for Athenians—seeing people get excited about it and come back year after year, and [having] it become synonymous with the last weekend in April in peoples’ minds has been cool. And having these great local and non-local bands wanting to be a part of it has been nice.

FP: How does the partnership with Twilight work?

AK: Twilight’s such an important event in Athens, and so well attended, it makes sense to have a music component showcasing our local scene and bringing in other known acts from the region and beyond. And there’s overlap in the demographic of the [cycling] community and the Americana scene. We get to impact their attendees with the free outdoor concert, and they can find tons of great shows to check out after the bike races end. So, I think it enhances the weekend for everyone. Our expansion beyond Little Kings and Hendershot’s was simultaneous with connecting with Twilight. Like anything, we’ll see to what degree we can strengthen and tweak the partnership for future years.

FP: What’s the state of Americana in Athens?

AK: I’ve always thought we’ve been a breeding ground for roots, rock, folk and country here. From Kevn Kinney to the Hot Burritos to Dashboard Saviors to Bill Mallonee and Vigilantes of Love, [to] Randall Bramblett, who was here doing something akin to Americana before R.E.M. was even around—it’s a huge list… More recently, there’s been lots of activity by Lera Lynn, Hope for Agoldensummer, Dave Marr, The Corduroy Road, The Darnell Boys, Little Country Giants, Betsy Franck, the Borderhop guys—[there are] plenty of good shows to catch and fine musicians and songwriters who’ve developed in Athens… The Normaltown Records acts are definitely vital and overlap to some degree with the Americana world. I think it’s larger than we know, so [the festival is] a good opportunity for music fans to check out new acts and for the musicians to get plugged into what everyone’s up to, musically.

FP: Which artists playing this year’s fest are you particularly jazzed about?

AK: Opening night, with Dashboard Saviors, Five Eight and [Workhorses of the Entertainment/Recreational Industry is] gonna be really cool. The outdoor stage bill is killer—each of those acts puts on stellar shows. Friday night at Little Kings will be awesome, with Dave Marr, The Darnell Boys, The Wydelles and Atlanta’s The Higher Choir, who kick some serious ass. Packway [Handle Band]. Shonna Tucker and her band, who are phenomenal.

The closing party at Hendershot’s will be a highlight—people should really make sure to hear David Olney play his songs. For folk songwriting, it hardly gets any better than that. You like Guy Clark, Townes Van Zandt and Johnny Cash? Those guys are all professed fans of Olney. And he’s followed by Aaron Lee Tasjan, who is a cool heartland songwriter and guitarist—he now plays with Drivin’ N Cryin’—with a debut album out that’s drawing a lot of attention. The two nights at the Theatre will both be great. It’s gonna be a solid weekend. Make your plans, get a wristband and enjoy!

WHAT: Athens Americana Music Festival
WHERE: Downtown Athens
WHEN: Thursday, Apr. 24–Sunday, Apr. 27
HOW MUCH: $15 (wristband)