A Historic Concert, Decades in the Making 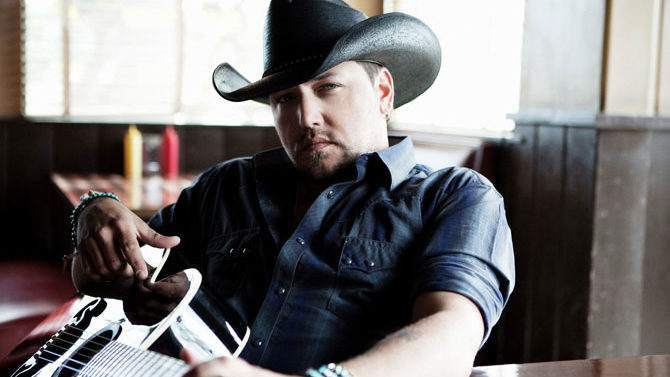 To preview the appearance between the hedges of country stars Jason Aldean, Luke Bryan, Thomas Rhett and Jake Owen, we’ve broken down our reportage into three constituent parts: the arena, the logistics and the artists.

The news seemed to drop out of thin air when country music star Jason Aldean, introduced by UGA head football coach Mark Richt at a surprise performance for a pep rally audience at Legion Field last fall, announced he’d be bringing his Night Train Tour to the university’s Sanford Stadium in the spring. But the road to the historic concert actually began 40 years ago.

In November 1973, The Red & Black published a series of investigative reports into the use of university facilities, the restrictions thereof and the possibility of opening them to alternate uses. The four-part story was a forceful, yet reasoned appeal to the UGA Athletic Association (UGAAA) to allow students to organize a live concert in Sanford.

Then-athletic director Joel Eaves was staunchly opposed. His reasons ranged from the practical (there were not yet any lights installed at the stadium; football was played during the day) to the graspingly ludicrous (broken bottles, vandalism, etc., things all in a day’s work for a typical football crowd). University president Fred Davison was more genteel and infinitely more politic when presented with the idea; he is quoted as saying that there was no specific university policy against such use but simply that “it had never come up before.”

The major sticking point for proponents was the notion that the university owned Sanford, so everyone should be able to use it. Though that’s technically true, the UGAAA has handled all fundraising since the stadium’s inception, including personally guaranteeing bank loans used to finance its initial construction in 1929, and has funded each of its expansion projects.

The issue lay dormant for over a decade, until the fall of 1985, when Atlanta promoter Peter Conlon attempted to produce a Bruce Springsteen show in the facility and was turned down flat by the UGAAA. Other attempts followed. In the summer of 1988, athletic director Vince Dooley, university president Charles Knapp and student government association president Howie Manis hammered out an agreement under which a Sanford concert would be held the following year. But the plan again fell through when no acts of appropriate size could commit to the sliver of time—the month of May—made available for the event.

In the fall of 1989, Dooley again gave his blessing for a Sanford concert, but by this time support from The Red & Black—which had initiated this very negotiation years before—had waned. The plan for a spring 1990 concert was called “dubious” in its pages. Indeed, the show never happened, even after the student government association joined forces with the appropriate programming body, University Union.

These events, as proposed two decades ago, were outlined from the start with strict limitations. Tickets would be limited to 30,000; no one would be seated on the field. Time and again, the idea was stricken from the to-do list, and proposed performances by R.E.M. (another effort of Conlon’s), Cheap Trick, Jimmy Buffett and even comedian Joe Piscopo never materialized.

So, why now, exactly, are four mega-artists headed into Sanford to perform for a sold-out crowd? The answer lies in a changing of the guard and a little bit of luck. UGA associate athletic director Josh Brooks tells Flagpole, “[Athletic director] Greg McGarity is big about taking chances and doing things for the right reasons. Being an Athenian, he gets it. He knows what it means [economically] for the town to have another major event. [Also], we [the current Athletic Association] wanted to be the first ones to use it.”

Of the stadium, echoing a sentiment proponents have used for decades, Brooks adds, “It sits empty most of the year.”

All seating for Saturday’s show is reserved, and the field will be covered with the same Terraplas-type material used during commencement ceremonies. Brooks implores attendees to figure out their parking situation as soon as possible. Some cash-only, first-come/first-served paid parking is available at UGA, and concertgoers, especially out-of-towners, should familiarize themselves as soon as possible with these options (see here for details).

For many out-of-town attendees, it’ll be their first time inside Sanford Stadium and maybe their first time in Athens, Brooks says. UGA sent parking information to ticket-buyers in hopes of avoiding issues common on football gamedays with fans parking in residential neighborhoods, according to Director of Community Relations Pat Allen.

Fewer spaces on campus will be available than for a football game—10,700 versus 14,000—because some will be reserved for students and other Saturday events. Three thousand parking passes have been sold, but most people will pay as they enter a lot, George Stafford, senior assistant to UGA Vice President for Finance and Administration Tim Burgess, said last month. Athens Downtown Development Authority Parking Director Chuck Horton expects downtown decks and even the usually empty eastside park-and-ride lot to fill up quickly.

Although ticket sales were contractually capped at 66,000, both the UGA and Athens-Clarke County police departments anticipate an activity level to which they’re long accustomed. It’s “controlled chaos,” says Horton, who worked the infamous 1998 Widespread Panic concert downtown as well as Legion Field shows when he was UGA police chief.

“We’re treating this like we would a football game,” says UGA police major Eric Gattiker. “Same venue with a large number of people, so there’s a lot of similar characteristics. Post-event traffic will be set up similarly, and we’re going to make sure the Athens community is aware of that situation.”

Hilda Sorrow, public information assistant for ACC Police, concurs. “Basically, we’re treating it like that, too. Just getting people in and out.” Anticipating a decent amount of non-attending partiers, Sorrow says, “We’re used to large crowds. But… watch out for police officers directing traffic and watch for pedestrians, too. Some [people] will probably have consumed a little bit of alcohol and will be walking around. So, everyone [should] just slow down and have patience. Everyone [should] enjoy themselves.”

Tens of thousands of concert-goers will filter downtown after the concert ends around 11 p.m. Unlike a football game, they’re all but guaranteed to be in a good mood. “There’s no chance of us losing,” Brooks jokes.

For many, concert headliner Jason Aldean needs no introduction. The Macon native has released five albums since 2005 that have sold over a million copies each. His artistic ties to the Athens area are multiple. He has played our town several times over the years and collaborated with locals Colt Ford and Brantley Gilbert. (Ford recorded the original version of Aldean’s smash “My Kinda Party,” which Gilbert wrote.)

Before any regular Flagpole readers get their teeth in a gnash over what constitutes “real” country, let’s dismiss a few arguments. Nope, this probably isn’t your father’s or grandfather’s country—though, it might be. It surely isn’t your great-grandfather’s country. Indeed, all the artists on the Night Train bill incorporate, to varying degrees of intensity and success, country, pop, hip-hop, rock and roll and folk.

In the country world, there have been objections to this kind of musical cross-breeding for years (full drum kits weren’t allowed on the Grand Ole Opry stage until 1974), but only the most head-in-the-sand old-timer wouldn’t concede that the music of Aldean and company is appropriately labeled. Even so, there is perhaps more commonality between today’s brand of country and another hyper-modern genre, hip-hop. These artists write in excruciatingly personal terms, they value the role of storyteller, and they tend not to disdain popularity or success.

Aldean exhibits these qualities in abundance. Survey the lyrics of his albums and you’ll find songs filled with heartache (“I Don’t Do Lonely”), compassion (“Black Tears”), humanistic patriotism (“Fly Over States”), longing (“Not Every Man Lives”) and a bit of good ol’ boy rowdiness. Mostly, they read like diary entries chosen carefully for revelation.

“We’ve never had a concert at Sanford Stadium, and we may never have one again,” football coach Richt told the pep rally crowd gathered on Legion Field. The significance of the venue and the size of the event aren’t lost on opener Thomas Rhett, the son of songwriter Rhett Akins and an Aldean co-writer.

“It’s surreal,” he says. “To be a part of the first show ever held there is such an honor, and to be playing a sold-out show with musicians I respect so much makes it even better.”

Rhett will play an after-party show at the Georgia Theatre the same night. He tells Flagpole, “Both shows will be a fun time. My set at Sanford Stadium is only about 20 minutes, but it’s an energy-packed set. The Georgia Theatre show will be more intimate… I’ll have a longer set, so fans will get to hear some new songs.”

Aldean, Rhett and the Academy of Country Music’s 2012 Male Artist of the Year Luke Bryan are Georgia natives, a fact that was especially attractive to the folks at UGAAA. During the process of collaborating with promoter Conlon for this concert, Brooks says, “We threw out a bunch of names. [Associate equipment manager] Kevin Purvis mentioned Aldean, and we researched it, and the fact that [they] are Georgia boys… it just made sense.” (Jake Owen, ACM’s 2012 Breakthrough Artist of the Year, hails from Florida, but that’s probably not his fault.)

Sure, those in Athens but not at the show will have to endure crowds, heavy traffic, tailgating—all the earmarks of a typically jam-packed game day. But for those 66,000 in attendance? Says Rhett, “Get ready for a freakin’ awesome time.”