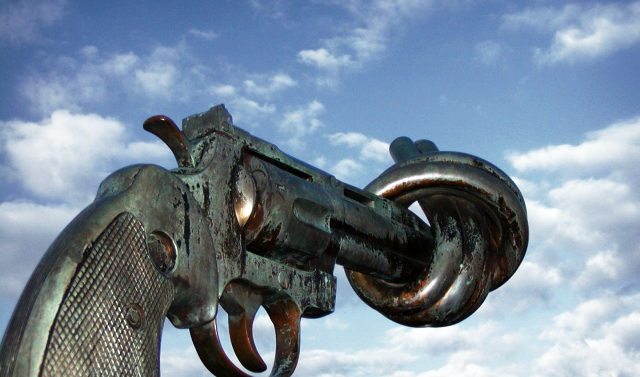 Three Athens-Clarke commissioners told state lawmakers Tuesday to put the safety back on a bill that would allow carry permit holders to wield guns on the University of Georgia campus.

Senate Bill 101 died on the last day of the 2013 legislative session March 28 due to a disagreement between the House and Senate. But supporters are expected to (yes, the puns are coming fast and furious) reload next year.

During the commission’s biannual meeting with the Athens legislative delegation, Commissioner Jerry NeSmith told our state legislators that, while he supports the Second Amendment, pursuing the gun issue is a waste of time that distracts from more important issues.

Commissioner Andy Herod, as usual, was blunter: “I think it’s about the worst idea anybody’s come up with in a long time,” he said.

Herod, a UGA geography professor, said the bill does nothing to make campus safer and will chill classroom discussion because students will fear angering classmates who might be packing.

Most educators also oppose a provision that would allow school employees to arm themselves, said Commissioner Kelly Girtz, the principal at Classic City High School.

“As a school administrator, I don’t even want to be enabled to carry a gun on campus,” he said.

Ginn sponsored SB 101 but said he was only interested in allowing South Carolina permit holders to carry guns in Georgia and vice versa. The House inserted the campus-carry language, and it didn’t come up for a vote in the Senate after being amended.

“The campus stuff, that’s outside any interest I had in it,” Ginn said.

Zoe’s, BBQ, Sr. Sol and the Return of JB