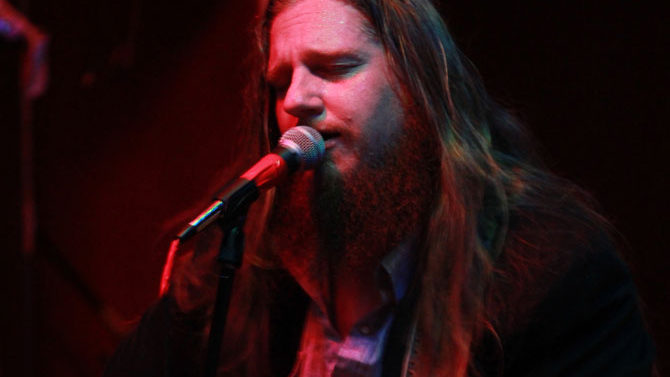 It’s in the middle of downtown Athens, but Nowhere Bar’s moniker has at times seemed oddly fitting. A haven for the over-40 townie set, the nondescript Lumpkin Street hangout’s selling points have long been sports on the screen and pool cues in the corner. The occasional cover or jam band has provided a fine, if forgettable, musical backdrop, but it has not been known as a primary spot for those seeking out live entertainment.

Last October, a seed was planted that would change all that when local singer-songwriter Adam Payne started a series he earnestly dubbed the Tuesday Night Confessional, enlisting acoustic-minded friends to play a few of their original tunes in a casual, in-the-round format. Payne would soon relinquish control of the evening to an enterprising songwriter named Fester Hagood, a Watkinsville native whose rough-and-tumble alt-country was most recently showcased on his largely slept-on LP Live from Rock Bottom.

Buoyed by Hagood’s continuing involvement in the series, Nowhere Bar has been transformed, one night a week, into an intimate listening room, a space to witness some of the best, and most overlooked, talent around.

“My goal is to be the Eddie Owens of Athens,” says Hagood in a soft Southern twang, referring to the legendary Atlanta concert promoter and Eddie’s Attic founder who made a name for himself by proving an uncannily prescient arbiter of taste, booking artists like John Mayer, the Indigo Girls and others, long before they became household names.

Owens’ other trick was convincing well known musicians to perform rare, intimate sets, something that Hagood likewise aims to do with the Confessional. But his main goal, he says, is a simple one: giving live music—original live music, he makes sure to clarify—the attentive audience it deserves.

“I’m a songwriter,” he says. “It’s hard to go to a dive bar and play original stuff, because people don’t know it. But if they go in [with the mindset] that they’re gonna sit down and listen to songs they don’t know, they’re gonna like it. They’re gonna buy an album; they’re gonna tell their friends and really get this original music [heard].”

Armed with a rolodex full of musician contacts from around the state, thanks to years spent traveling with bands, Hagood has already begun to bring in some pretty impressive talent. Names like Levi Lowrey have graced Confessional bills, and Hagood hints at some upcoming stunners.

But equally important, he says, is giving underrepresented local singer-songwriters, many who struggle to find a foothold among Athens’ rock-centric scene and often look elsewhere for gigs, a chance to truly be heard in their own town.

“It tends to be a struggle when you go out of town, to keep people interested,” he says. “I really just wanted to set something up here at home… and hopefully build it into something where I can make it worthwhile for everyone involved.”

In a few short months, it has already surpassed expectations. Now, Hagood says, it’s become common for 100 people or more to cram into Nowhere each Tuesday. The Confessional’s attendance has been bolstered by word of mouth, mostly, but the bills keep improving and diversifying, too. Hagood also credits the bar’s willingness to work with him and other artists as a key factor in the continual growth of the series.

“It’s filled a niche that’s obviously been needing [to be] filled for a while now,” he says. “I’ve kinda taken it upon myself to do my best to make a little revolution happen. It seems to be working.”

The lineup for the Tuesday, Feb. 26 Confessional is talent-packed. The show will feature the aforementioned Lowrey, a lauded country songwriter who, Hagood notes, recently “played on a Tuesday at the Nowhere Bar and then Friday went and played a sold-out Madison Square Garden show,” opening for Atlanta-based big-shot act Zac Brown Band.

Also performing are a couple Nashville luminaries, including the female acoustic duo Granville Automatic, who write “songs about history and war” with heart-wrenching narrative weight and songwriter-for-hire Travis Meadows, whose own powerful work deals with overcoming personal tragedy. The bill will be shared by Atlanta’s Brian Collins and, like every week, Hagood himself.

Hagood admits there is a certain satisfaction that comes with being involved in every part of the Confessional process, down to the performance itself (he, too, is the sole selector of talent, saying, “If I don’t like ’em, I’m not gonna book ’em”). But what he has been able to conjure up thus far—to do much with little—merits a bit of an ego boost.

“I’m proud to be a part of it. It’s a lot of work, but every week there’s such a feeling of accomplishment when you see 100 people,” Hagood says. “On a Tuesday night at the Nowhere Bar.”