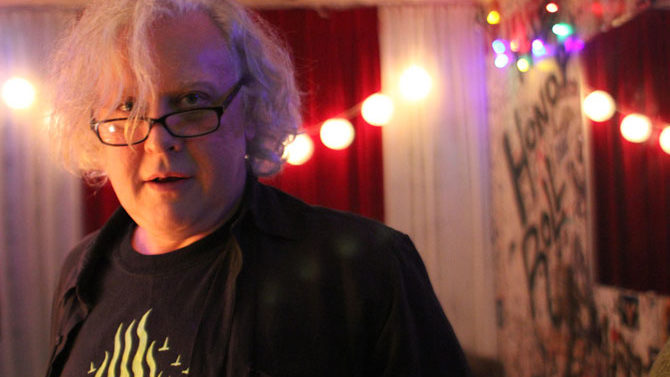 Editor’s note: Last week, we published a collection of remembrances of Craig Lieske, the beloved local guitarist and Drive-By Truckers crew member who passed away unexpectedly on Jan. 18. Below is a tribute from DBT frontman Patterson Hood.

I can’t really remember when I met Craig. He was the grey-haired door guy at the 40 Watt, and he always seemed cool. I remember really getting to know him when I started working there, as a monitor guy, in ’98 or ’99. He managed the cleanup crew, and the door crew and I would pick up extra money helping to clean up after big shows. We bonded heavily during that time, which corresponded with a particularly bad time in my life. I quickly learned that he was one of the smartest, most well-read and well-rounded—and one of the kindest—people I had ever met.

Our friendship grew long after I quit working at the Watt. We all loved Craig, and saw him suffering while his wife Janet was battling cancer, a several-year ordeal of ups and downs that ended sadly, when she passed away at too young an age. It was soon after that when we hired him and took him on the road. He was initially hired to sell t-shirts and records, but he took his role way beyond that. He would always say, “I’m not a merch guy for a band; I work for Drive-By Truckers.”

He wasn’t our merch guy as much as he was our ambassador. Our band has a very loyal following that often follows us from town to town, and Craig knew everyone’s name. It was unbelievable. I’ve had countless fans come up to me telling me how Craig had touched their lives.

A fan from the Midwest came up to me Saturday. She said that she had met Craig twice, a couple of years apart, and when she saw him the second time, he asked her about her daughter Alex. She couldn’t believe it: “How could he remember from two years earlier that my daughter was named Alex?” I’ve literally heard dozens of those types of stories in the the last few days.

I’ve always been the most nocturnal one in the band, and Craig was the night owl of the crew, so very often we would be the last two up on the bus as we traveled into the night. Many a night we would be sitting in the back, listening to something loud and just hanging out, sometimes not saying a word, and sometimes having the most amazing conversations.

If you never had a conversation with Craig, it was an art form unto itself. He was so unbelievably knowledgeable, yet totally inclusive, truly one of the most astoundingly interesting people I ever had the pleasure of talking to. We had hundreds of hours of deep talks about everything from art, music, food and books to movies, people and stories. My life is so much richer for the hours I spent talking to Craig, and I haven’t even begun to process that aspect of our loss.

Our band and crew are like one big, sprawling, dysfunctional family. We can fight, but are very close. We all ride together on one bus, 11 of us crammed together. Sometimes folks can get on each other’s nerves, but I can’t remember Craig ever getting on anyone’s nerves, or acknowledging anyone ever getting on his. He was always a joy.

In a bus full of really smart people, Craig was probably the smartest. An avid reader and, lately, an employee at Avid Bookshop, which was perfect. At night, you might see Craig holding court with a guitar, his crazy grey hair flying. (We called him Greythoven, a name he seemed to really embrace.) But the next day you might see him working at Avid, his hair tamed (sort of), looking positively professorial, glasses down by the tip of his nose, looking over the lenses and helping you find what you were looking for or recommending something great.

He was often my sounding board when I was writing. He was one of my most trusted sets of ears, and he could be a tough taskmaster, which I really loved and appreciated. We’re about to start a new DBT album, and I will really miss having him to bounce ideas off of.

I can say we all loved him and will miss him forever. We are all reeling from the loss of our dear friend, and we all hurt so for his beloved Melinda, who truly brought him a level of happiness, in his last couple years, that we had never seen. We can take comfort in knowing that he left us from a great place. He was infinitely creative to the end. He was very much in love, working on a book, writing songs and playing at a peak of greatness. His last night on Earth, he played an amazing set, opening for DBT as part of our crew’s band, Thundercrack. He was at his beloved 40 Watt, surrounded by close friends and doing what he loved best. He rocked hard and loud and was walking around on top of the world.