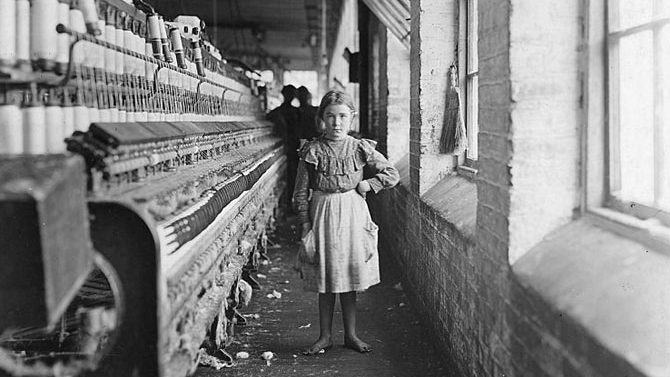 
“A man’s a boggart when he’s poor.” -19th century English broadside ballad, quoted by James Hepburn in A Book of Scattered Leaves.

It seems like that in the United States, these days, whenever I turn on the TV or read the Internet. Countries Americans used to call “Third World” with earnest concern and a collection box in our hands are looking more and more like our peers. The gap between rich and poor widens, unemployment rates go up while unemployment payments evaporate, and people die because they can’t afford a doctor. All that is strangely invisible. Ghostlike. We are haunted by our poor, but a Just World Fallacy conviction rules the national consciousness…the assumption that Fortune smiles on the correct. If you are poor, you must have done something wrong. Even those on whom this gross unfairness is visited seem to believe it, and hang their heads, mute.

It didn’t used to be so. Certainly the comfortable have always despised the afflicted. But in the past the poor and downtrodden seem to have understood much more clearly from whence their troubles sprang; moreover, most Americans understood what poverty really was. They either struggled themselves or came from poor families, often the heirs of refugees whether political or economic, lighting out from many places with nothing but a sackful of bread if they were lucky and the clothes on their backs….and a song or two in memory. That’s how most of us got here, and our music, too. We like to tell that story, but have forgotten an important part of it: the familiar “American Dream” narrative was never a guarantee. The yearning masses came, and some of them got worked to death in factories or simply starved. Some were brought here unwilling…Africans certainly, but also Chinese and indentures from the jails and poorhouses of Scotland, Ireland and England. The many nations who were here first got pushed out, pushed aside, eradicated or “removed.” That too is part of our story.

In the introduction to The Rose and the Briar: Death, Love and Liberty in the American Ballad, Sean Wilentz and Grell Marcus ask, “What does the American ballad say about America?” Their answer is that it describes a nation full of storytellers and vivid characters who value liberty and are a little obsessed with violence. True on the whole, but it doesn’t go far enough. It seems many people outside the U.S. (and a few inside of it) tend to think of Americans as energetic, optimistic, mercenary and a bit shallow. But when you start listening to American traditional songs, you will find that they are filled with pain and longing, infused with a bottomless melancholy. Here is where the voice of the disenfranchised, marginalized and invisible emerges, often charged with sharp observation and rueful wit. The humor is sometimes dark to the point of being gruesome; in the ballad “My Darling Clementine,” which is supposed to be funny, she dies. She is also poor enough that “herring boxes without topses/sandals were for Clementine”…a reminder that most “forty-niners” did not strike it rich. In “Cotton Mill Girls,” a Georgia song if there ever was, the eponymous mill girl says not to bury her when she dies but “just hang me up on the spinning room wall.”

Every song is about exile, poverty, heartbreak, or death, sometimes three or four of them at once. “Pretty Saro” is a lament for lost love and consequently full of pining, unwritten letters and sparrows, but the singer knows what lost his bride and prompted his wanderings:

Her parents do not want me, so I understand

They want a freeholder and I have no land

I cannot maintain her with silver and gold

Or all of the fine things that a big house can hold.

The lack is made more poignant when you understand that this song probably originated with Scottish immigrants after the Clearances: our protagonist might once have owned enough land to support a family and therefore marry, but no more. This kind of clear-eyed assessment of the relationship between economic injustice and personal tragedy isn’t rare. It’s so common, in fact, that the theme has its own motifs, including a lack of proper shoes as a marker of poverty. “Po’ Lazarus” is about a levy camp worker in revolt who robs the paymaster and gets shot down:

Lazarus’ poor mother, she couldn’t come to the funeral

Oh Lazarus’ poor mother, she couldn’t come to the funeral

In “Cotton Mill Girls” the singer’s lack of shoes is coupled with her desperation to find a job in a stark image:

Gilmer down to Bartow is a mighty long way

That same imagery gets parodied at times (Clementine’s herring-box sandals) and also finds its way into print literature. In “Harlem Shadows” by Claude McKay, “half-clad girls of tired feet/Are trudging, thinly shod, from street to street.” McKay repeats the image several times, giving it as an example of the “wretched way” of the “stern harsh world.” The authors of “Po’ Lazarus” and “Cotton Mill Girls” might say the same, for all the latter’s ruefully comic tone.

The songs speak to one another in commentary and allusion, and they are full of subtle clues about class and condition. Rich people ride, but poor people walk or hop trains. When one realizes that wandering was often a product of economic need rather than desire to see the world, the sheer number of traveling songs that are part of the tradition (both authored and anonymous) takes on another dimension. Woody Guthrie understood this completely. “Hard Travelin'” is a song about taking jobs wherever you can find them; the singer rides the rails and goes from mining country to Kansas to Pittsburgh for work, getting thrown in jail “for vagrancy” when the job is over and he doesn’t leave town fast enough…a depiction of migrant workers as our society’s throwaways which is still painfully current.

If the “money folks” weren’t running you out of town, they were trapping you there. The way that mine and mill owners kept workers dependent by issuing scrip that could only be used in the company-owned store makes a frequent appearance in folk songs. Most people will have heard the chorus of “Sixteen Tons”:

Sixteen tons and what do you get?

Another day older and deeper in debt.

St. Peter don’t you call me ’cause I can’t go

I owe my soul to the company store.

…but it gets a mention as well in “Cotton Mill Girls”: “They raised my pay a nickel more,/Went up a dime at the company store.” And in “Po’ Lazarus,” it’s nearly the final insult:

They brung down po’ Lazarus, laid him out on the commissary counter

Oh they brung down po’ Lazarus, laid him out on the commissary counter

The attitude which has infected the American political dialogue, that poverty is some kind of moral failure, is nowhere to be seen in these songs. Poverty and privation are often products of sheer misfortune, a concept many modern Americans seem to have lost track of but our ancestors hadn’t. They seemed much more aware of the fact that the necessities of life don’t appear out of nowhere, but come ultimately from nature and the work of human beings…whereas we can only control the latter. If the rain doesn’t fall and the crops fail, they fail, and there is not a thing you can do about it. Another idea that can be heard clearly in these songs is that poverty can also be something that is done to you. Hard work in itself does not garner resentment, but the pittance received for it and the way the law always seems to be on the side of the money folks does. The high sheriff in “Po’ Lazarus” and the judge in “Hard Travelin'” are akin, just as the mill owners, mining companies, and sharecroppers’ landlords are all of a piece. Nor is the experience of poverty and the forces which shape it so very different today than in the past. What seems to have gotten lost along the way is the moral perspective that it could happen to anyone, and that being poor in America doesn’t make you one whit less American. In fact, you’re in some pretty good company.

The fields are all bare and the cotton won’t grow

Me and my family gotta pack up and go

Where I’ll make a living the Lord only knows