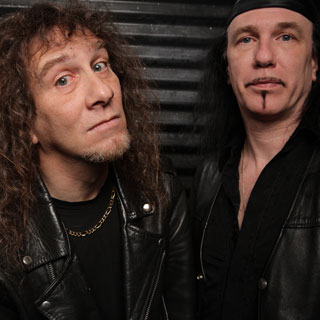 Four years ago, Steve â€œLipsâ€ Kudlow was driving trucks for a caterer and playing shows with his band, Anvil, in a local Toronto sports bar. Over 20 years had passed since Anvil toured with the biggest and best heavy metal bands in the early ’80s, opening for Iron Maiden and MotÃ¶rhead, and developing a reputation as metalâ€™s Next Big Thing. But instead of building on the popularity of Anvilâ€™s sophomore album, Metal on Metal, and its successor, Forged in Fire, a combination of bad record deals, bad management and the changing times collectively plunged the group into obscurityâ€”which is where they languished until 2008, when the critically acclaimed documentary Anvil! The Story of Anvil was released. 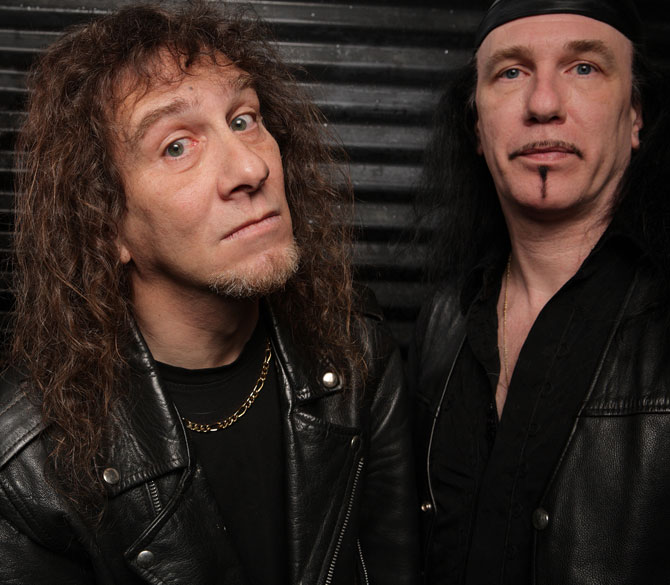 Anvil! was filmed by Sacha Gervasi, a screenwriter perhaps best known for writing The Terminal for Stephen Spielberg. As a teenager, Gervasi had toured with Anvil as their roadie and drum technician. When he realized that Anvil was still releasing albums and touring even as the two remaining founding members of the bandâ€”singer/guitarist Kudlow and drummer Robb Reinerâ€”were approaching 50, he flew Kudlow down to Los Angeles to discuss the possibility of making a documentary on the bandâ€™s strange journey.

â€œWhen Sacha told me he wanted to make a movie about Anvil,â€ remembers Kudlow, â€œI burst into tears because I saw the result right there. We really had a lot to express, and I thought that the movie would be an extraordinarily compelling thingâ€”If it was honest.â€

Anvil! follows Kudlow and Reiner through their mundane day-jobs in Toronto and then on an ill-conceived and poorly executed European tour that finds the band sleeping in train stations and nearly coming to blows with a venue owner in Prague who stiffs the bandmembers after their performance. (â€œI still get aggravated thinking about that,â€ says Kudlow). In another scene, the band is tapped to play Monsters of Transylvania, a festival held in a 10,000-person arena, with 5,000 people expected to attend. Fewer than 300 show up.

The documentary billed Anvil as a real-life Spinal Tap, and similarities do abound. But what sets both the documentary and the band apart are Kudlowâ€™s good-natured demeanor and irrepressible optimism, which surface even as the band faced bankruptcy. Yes, Anvilâ€™s plight is ridiculous, but at the same time, viewers canâ€™t help but pull for Kudlow, who is just about the nicest older gentleman playing a guitar with a dildo that youâ€™d ever hope to find. Kudlowâ€™s goofy charm and dedication to his craft made the film a success, and the success of the film enabled Kudlow and Reiner to quit their day-jobs to focus exclusively on Anvil.

â€œItâ€™s a dream come true,â€ he says. â€œBut nothing is exactly the way you think itâ€™s gonna be. There are things that come with success that you would never expect in a million years, and you gotta roll with it. Iâ€™ve learned about life in many different senses, and what Iâ€™ve determined is: itâ€™s all about your state of mind. Itâ€™s all a quest for happiness, regardless of whatever external thing you got going on in your life; itâ€™s all about a search for happiness.â€

â€œThe feeling hasnâ€™t changed at all,â€ Kudlow says about playing live. â€œThatâ€™s why you record and make recordsâ€”for those chances to be what you are. Being out on the road is what itâ€™s all about. Thatâ€™s where we find all of our happinessâ€”other than in bed with our wives!â€

Of course, the profile of the bandâ€™s audience has changed dramatically. Now, fans of the documentary greatly outnumber fans of the musicâ€”not that Kudlow draws such distinctions.

â€œHonestly, it doesnâ€™t make a difference,â€ Kudlow says. â€œIf youâ€™re there because you like me as a person and like the movie, Iâ€™m happy with that. I donâ€™t distinguish between the two. Thereâ€™s something greedy about that. When I go out onstage, people know me, not necessarily my music. Thanks to the movie, those people in the audience have met my mother; theyâ€™ve been to my house for Christmas. Me and my music are one and the same.â€

Anvil is currently touring in support of a new album, Juggernaut of Justice, and the bandâ€™s label is in the process of re-mastering and re-releasing some of Anvilâ€™s early records, like Strength of Steel. According to Kudlow, another documentary may be in the works, too. No matter what happens, though, Kudlow is focused on, as he puts it, finding balance in his life, and not looking back with either longing or regret on anything that transpired in the past.

â€œWhen you look back at everything in your life,â€ he says, in full Zen-master mode, â€œitâ€™s always through rose-colored glassesâ€”even the worst of times. You shouldnâ€™t compare your past all of the time; you gotta live for better things, so that your future becomes the past that you look at with rose-colored glasses.â€

WHO: Anvil, The Athens Band

WHERE: The Melting Point