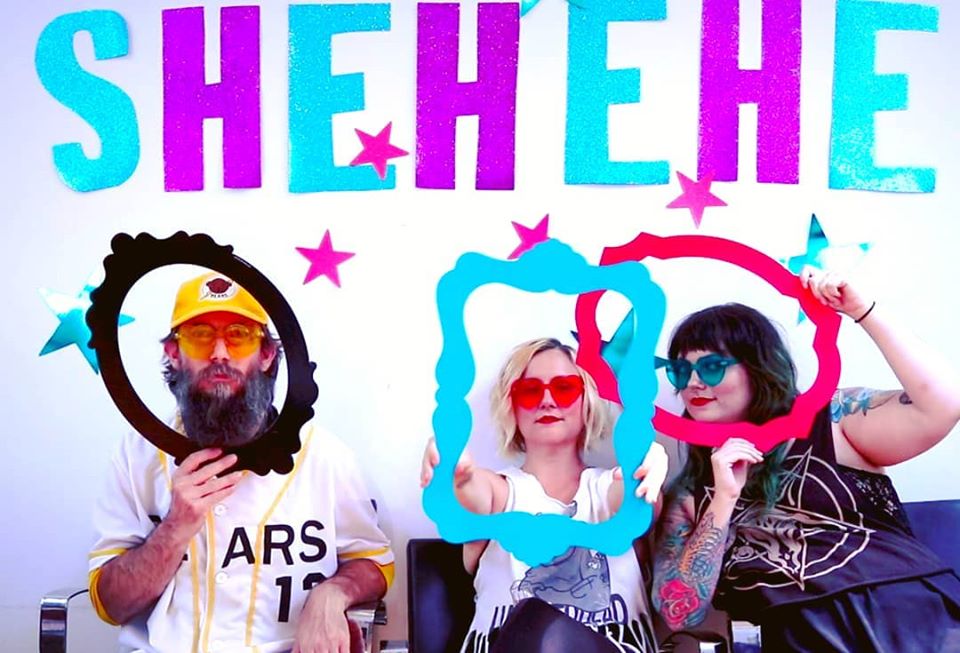 Hoping to lighten the mood of everyone stuck at home right now, Shehehe released a new music video for “Your Hands” in anticipation of the punk band’s upcoming album, Pet Songs. Directed, filmed and edited by Erica Strout, with assistance from Gene Woolfolk, the music video was created at Washington Square Studio in a single day. Wanting to incorporate a bright and colorful pop sensibility, several articles of clothing were loaned by vintage powerhouse Atomic. Ramona, daughter of vocalist Nicole Bechill and drummer Jason Fusco, makes a few cameos as the band’s honorary fourth member as well.

“It’s a silly video, but we’re silly, fun-loving people and I really wanted something joyous as the end product, which is why we thought now would be a good time to release it,” says Shehehe’s guitarist Noelle Shuck.

Pet Songs is two years in the making, and was recorded by Mike Albanese at Espresso Machine and mastered by Joel Hatstat. Originally set for early June, the album’s release date will be pushed back until late summer or early fall, depending on how the pandemic plays out. Richmond-based label Say-10 Records will handle U.S. distribution, while a limited release in Germany will be arranged through Gunner Records.