A generation or so ago, back in the year 2000, I covered a concert as a photojournalist for the first time. The band I was photographing was KISS. They were on their farewell tour. I was shooting for Flagpole, which had recently taken a chance on me as a writer. I had never written. I had never studied writing. I did, however, love music and had a massive interest in covering what was out there. After a few shows, Flagpole music editor Ballard Lesemann encouraged me to start taking a camera and reach out for a photo pass. So I did. I didn’t even have a professional camera and I’d certainly never studied that! But hey, why not?

That first shoot felt like I’d dropped myself right into the middle of a war zone. Things were blowing up. People on both sides of me were beyond over the top. I was amongst big-league photographers and didn’t have a clue what I was doing. But you know what? I loved it. It was extra sweet because, as a child, KISS had been my gateway into rock and roll. While my love affair with the band certainly waxed and waned over the years, what they helped usher into my life stayed strong. I became a musician. I was a concert junkie. Records, then tapes, then CDs were what kept me connected and strong and happy.

After that first shoot for Flagpole, I was at it for years. Looking back now, I don’t know how I did it all. I went from city to city all over the South for, virtually, no pay. I shot thousands and thousands of artists. There are actually very few artists that toured between 2000–2020 that I didn’t catch with my camera at some point. I’m lucky. I know that. Some of it is timing. But I also know it’s more than luck. It’s also the fact that I had encouragement from Flagpole to kick me off. I had the encouragement of people in my life.

Pretty soon into my early days as a photojournalist, Rolling Stone came a-calling to the 40 Watt Club for images for an article about college music scenes they were doing. Velena Vego recommended me and, for the first time (of many) I was in Rolling Stone. Twice. I couldn’t have foreseen such a thing. I couldn’t have asked for it. I only was able to do it because others believed in me, arguably, more than I ever did or could. I will never forget that. Over time, I kind of figured out what I was doing and became semi-established, though I was never beholden to anyone except myself.

Move ahead another year or so and more established photographers stepped up and recommended me for jobs that they couldn’t do on their own. Through that, I wound up an internationally syndicated photographer with Getty Images (and a couple of other outlets). From there, my work was seen all over the world and in virtually every magazine, TV show or other publication one can imagine. I was so busy, I didn’t even realize what I’d done until recently. Those years of work are still published constantly and, even now, I’m digging through my archive and releasing a steady stream of previously unreleased photos.

It’s now been 20 years and I don’t even know how to comprehend that milestone.

This is further complicated by the fact that in late 2017, I suffered a vertebral artery dissection and traumatic brain injury in a car accident. We were hit hard by a distracted driver as we sat at a red light on Milledge Avenue, and my ability to do the things I loved to do most was over as it had been in an instant. Sure, I was able to do a few shoots after that, but I was simply not able to do it at the level that I needed it done. It was too painful physically, and that was too painful emotionally. I spent some time in hospitals, including a stint in the intensive care unit with the dissection. This isn’t how I ever imagined the last couple of years before the 20th anniversary of my photojournalism career would be spent any more than I could’ve imagined all those years when I was out doing it.

Basically, I’ve just been trying to survive for years now. Sometimes, holding on to hope is even out of my grasp. I’ve only been able to perform music a handful of times, and I’ve photographed even fewer events than I’ve performed. But you know what? As bad as it gets at times, even if I can’t hold on to hope, I hold on to what an amazing community has adopted me. Without Athens, I don’t know how or what I’d be at this point. That matters.

So, it’s 20 years later and I hear that KISS is coming to the area. How could I not? I reached out to the current music editor of Flagpole, Gabe Vodicka, and asked if I might go out and do it again. As is the case with Athens so often, even though I hadn’t written or photographed for Flagpole for years, I got an immediate “yes”.

I’d like to think that this a new beginning and that my health has improved enough that I’ll be back at it with my camera and guitar before too much longer, but you know what? If this is actually more or less the ending of me as a photographer for major events, so be it. A KISS concert seems poetic to bookend it all, if that’s how it’s to play out.

The kid in me was extra happy to cover this particular show. Not only was KISS was my first favorite group, but my first concerts were in Columbia, SC, right across the street from the venue for this particularly concert. It was a full-circle experience and homecoming. Just seeing those hills around the venue and remembering being dropped off in that lot by my dad took me back to those moments.

Even funnier to me was when I went into the security pit to photograph the show and a guard looked at me and said, “Is your name Chris?” “Yeah,” I replied. “Chris McKay?” “Yeah.” It suddenly dawned on me that I went to high school with this guy. He was an old friend. Because we’d both been music fans, we took a broadcasting class through the vocational center in those days. Neither of us would’ve believed that we would run into each other randomly so many years later. And it wasn’t just him, by a long shot. I looked out and saw other friends new and old in the crowd. A few put out their hands for me to slap as I walked by. My wife was in a seat on the side of the stage. My brother and sister each had a son and daughter with them. I might have felt weak and in pain, but I also felt at home.

The lights went down. The crowd roared. KISS blew things up. They “flew.” They spit blood. Breathed fire. They played adolescent anthems that are, somehow, timeless at this point. The band defied critics before yet another packed house as they closed in on 50 years since they first started out as one of the biggest, most unlikely success stories in music. They, inarguably, put on a hell of a show against all odds. And you know what? That gives me hope.

When I was a child in rural South Carolina, KISS showed me there was a life out there other than working in a factory until you die. All you had to do was reach out. Ask. Demand. Don’t let the expectations of others undermine your own. Put yourself into what you believe and go for it. Don’t worry about those that don’t get it. Focus on those that do get you. Focus on those that you care about and who care about you. Most of all, do what makes you happy as often as you can. I’m happy to say that because of that mentality, I’m more grateful for all that I’ve been able to do than I am disappointed at what I will never be able to do. When it comes down to it, that’s about as good as it can get, right?

Yeah, I was in a lot of pain during this shoot. I see what I could’ve done better, and maybe, somehow, I’ll manage to wrangle yet another chance. I realize that the rest of my life may be a constant struggle with my health and what has happened to me, but there’s also a chance that I’ll be OK. How do I know? Well, because stranger things in my life have certainly happened. Often. No one could’ve predicted the absurdity of your life or mine.

Life is strange, and I believe that’s the greatest beauty in life. Live it. Now. However you can and for as long as you can. Life’s a wonder, if just for a while. 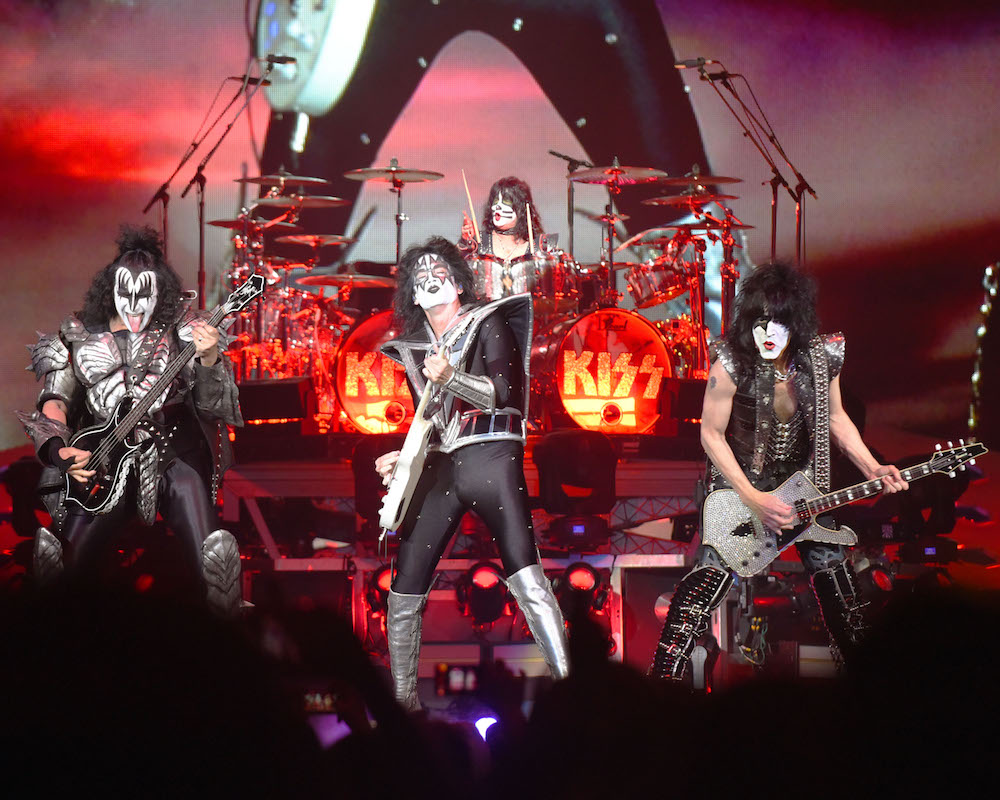 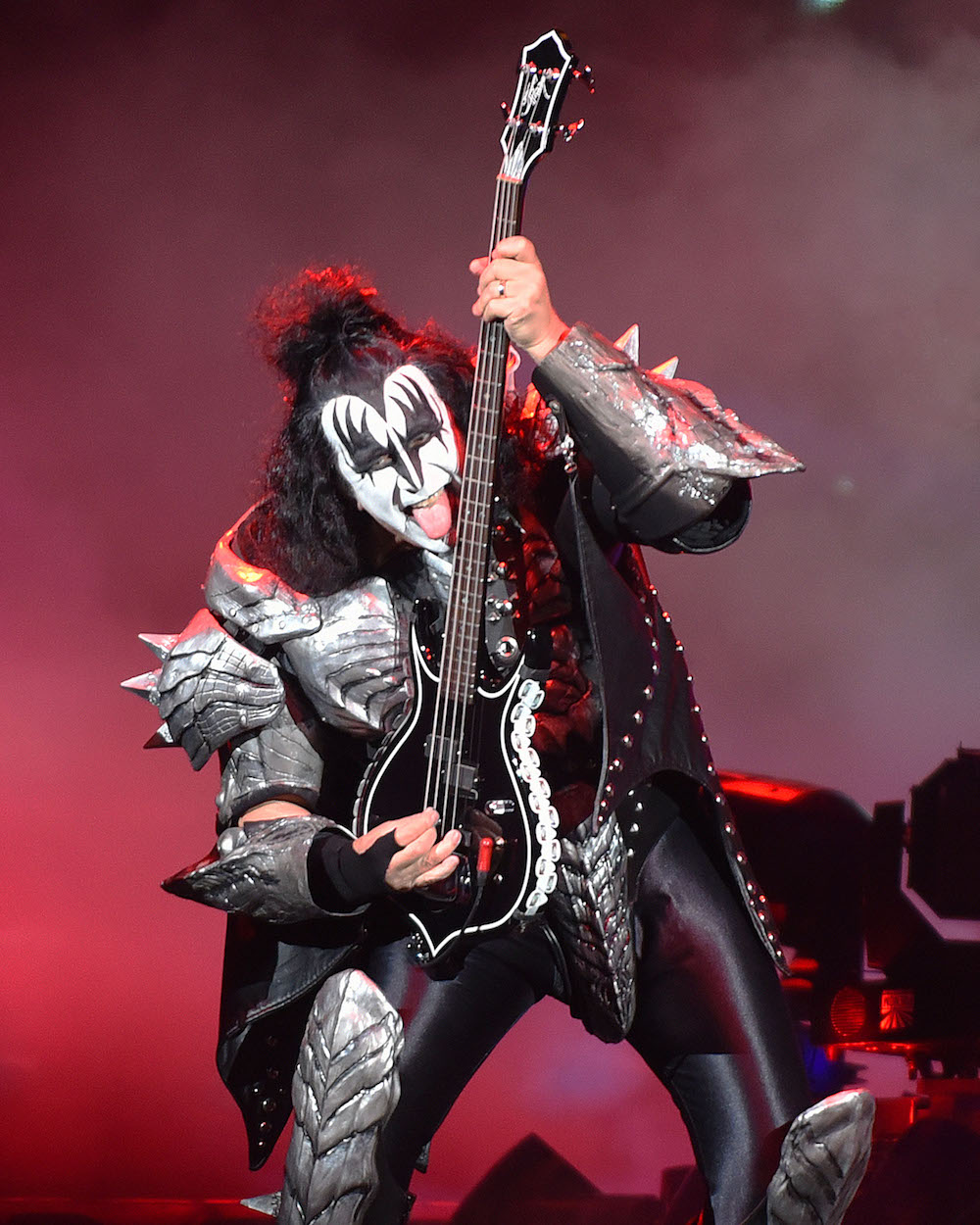 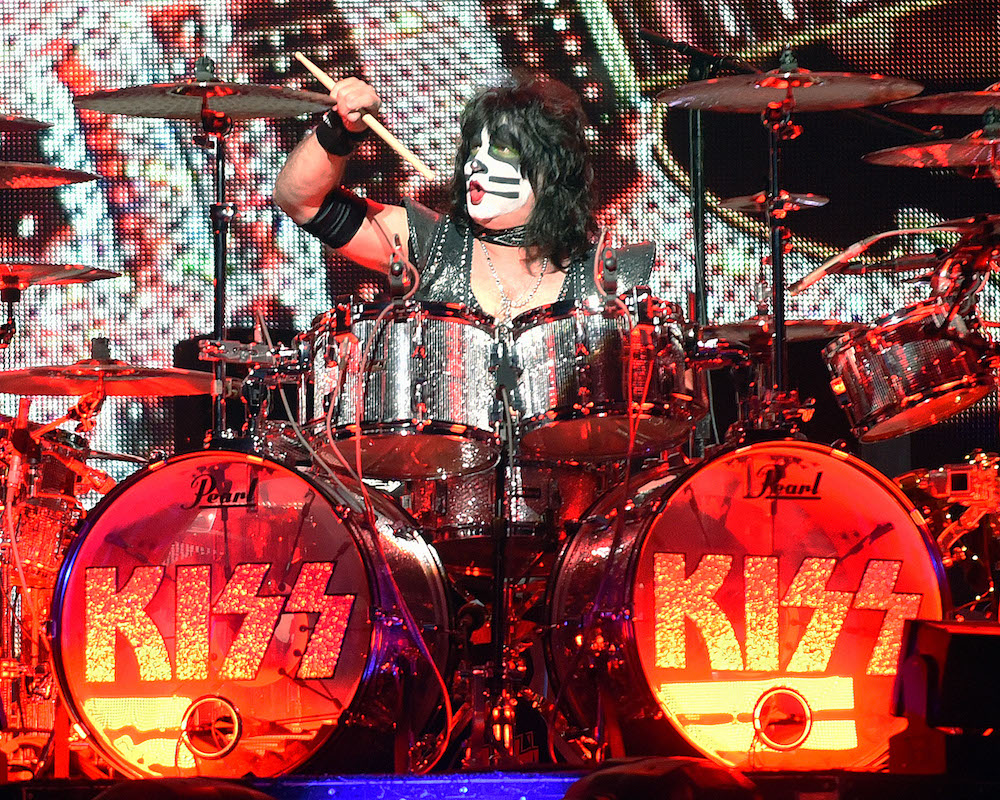 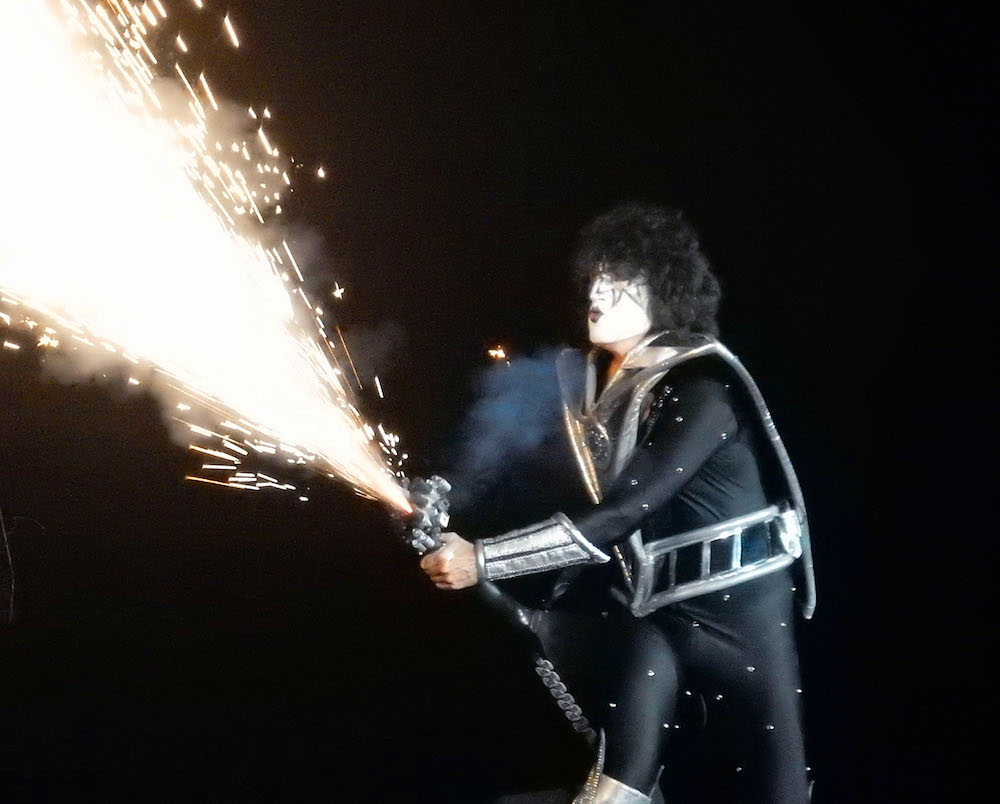 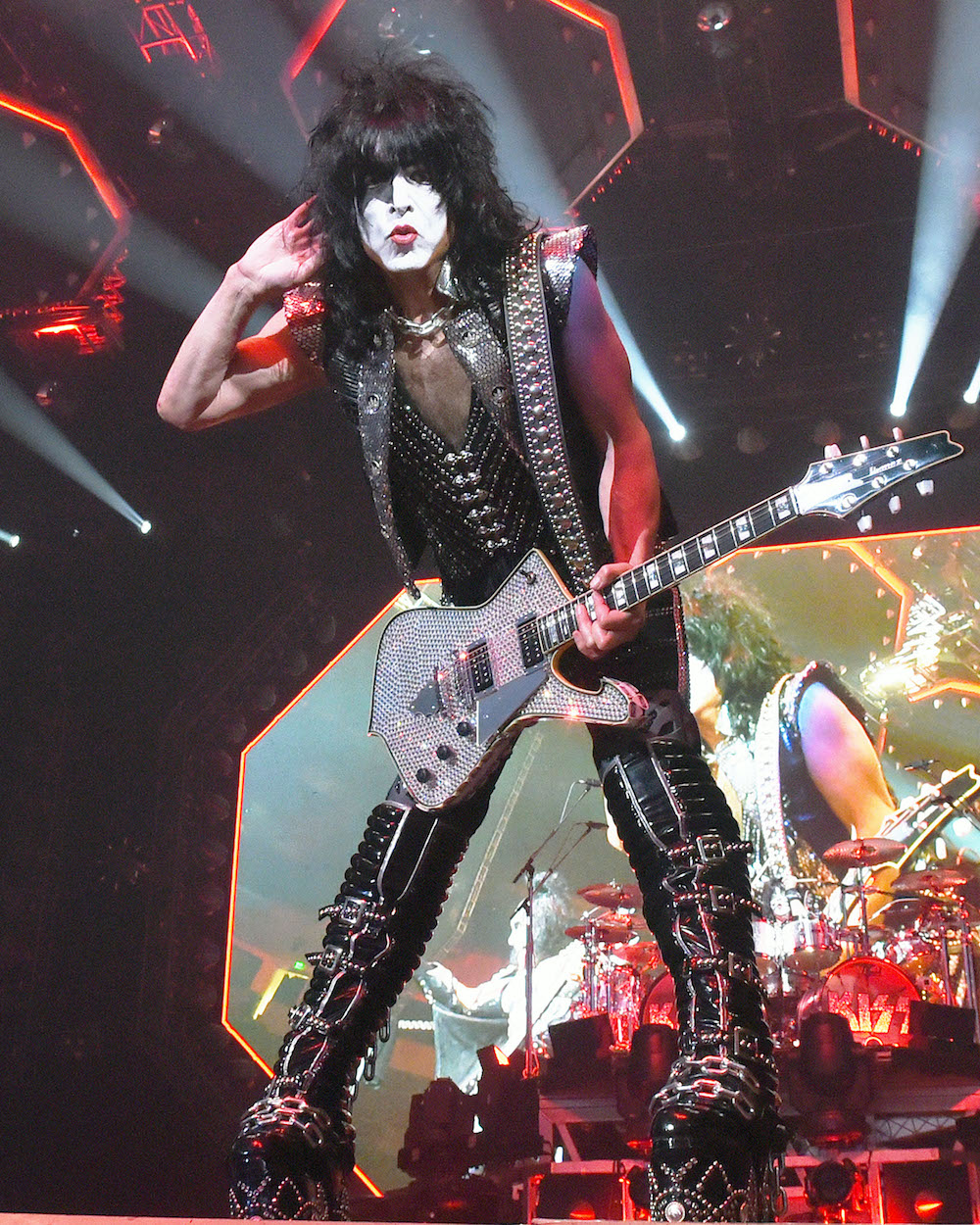 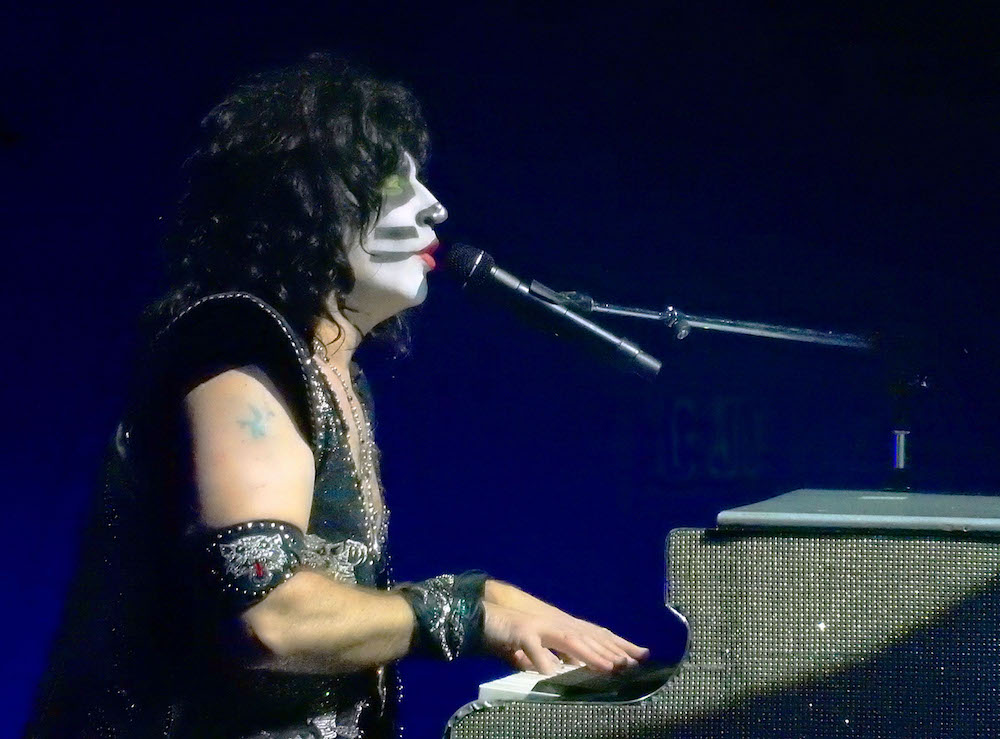 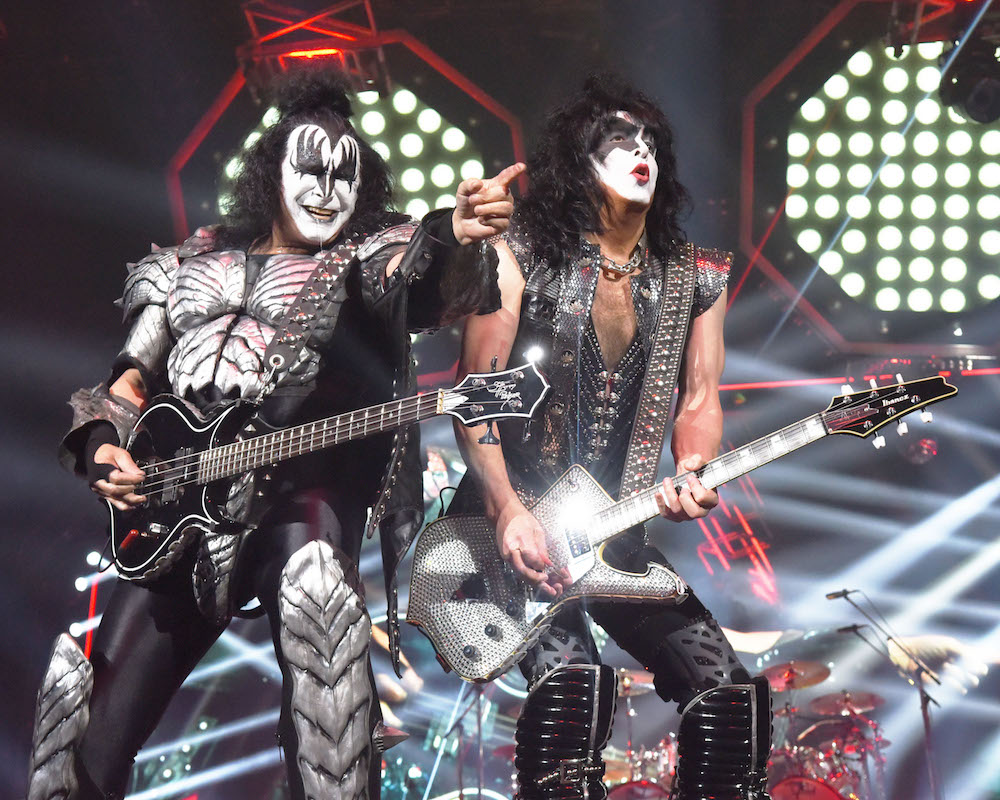 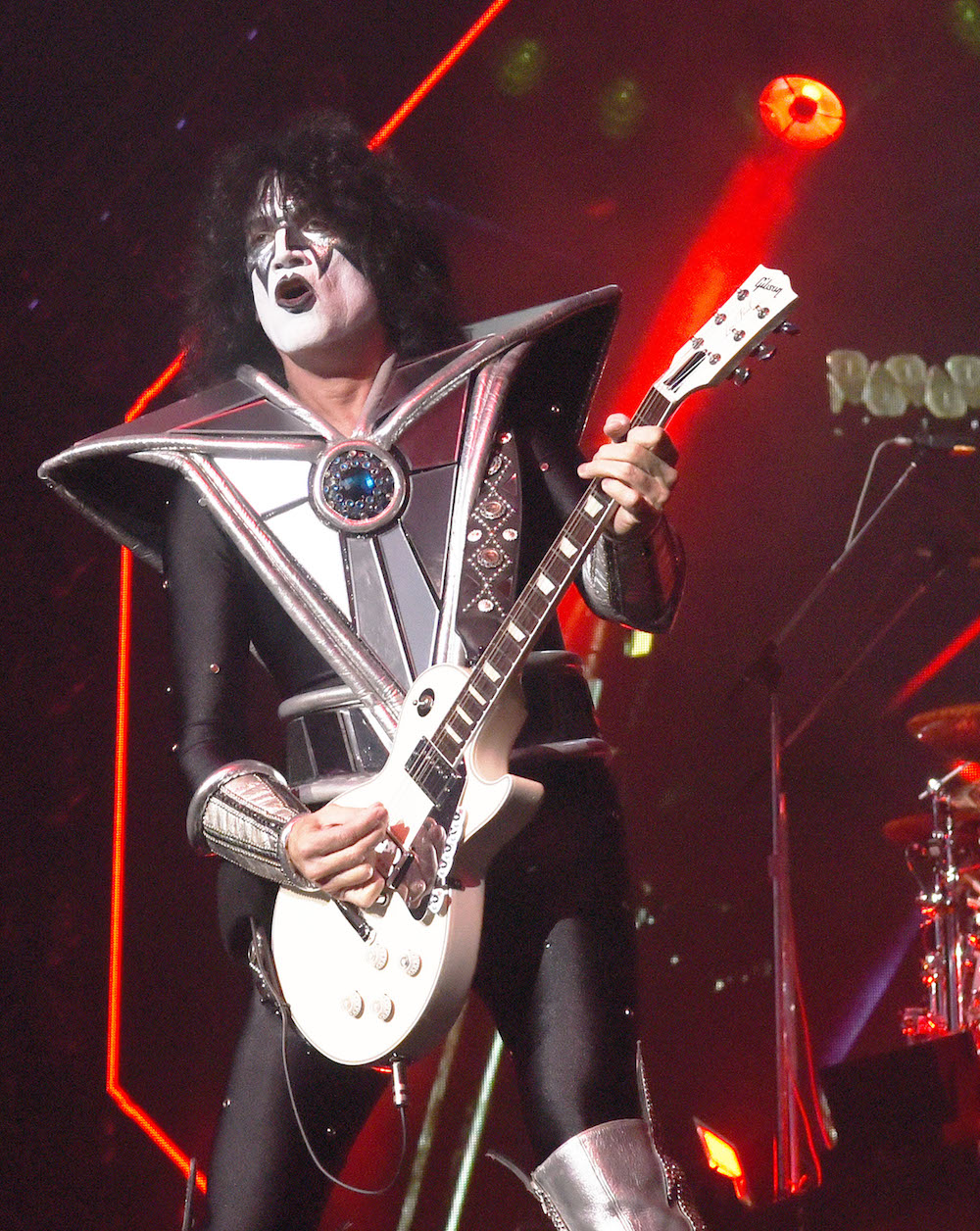 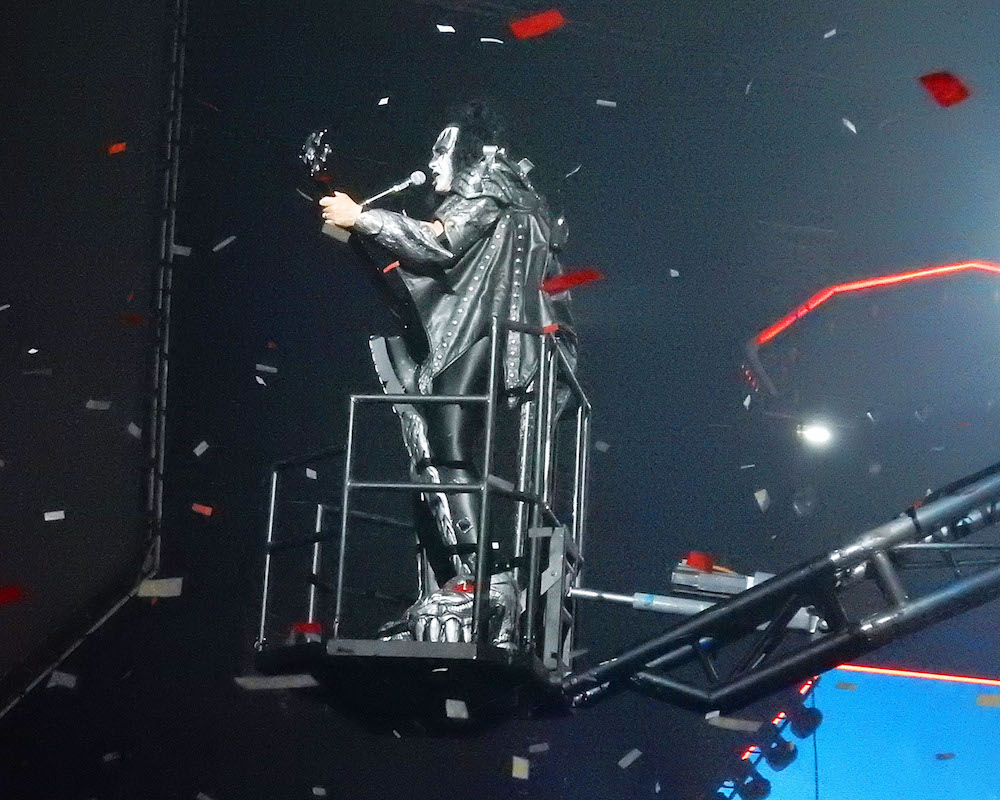 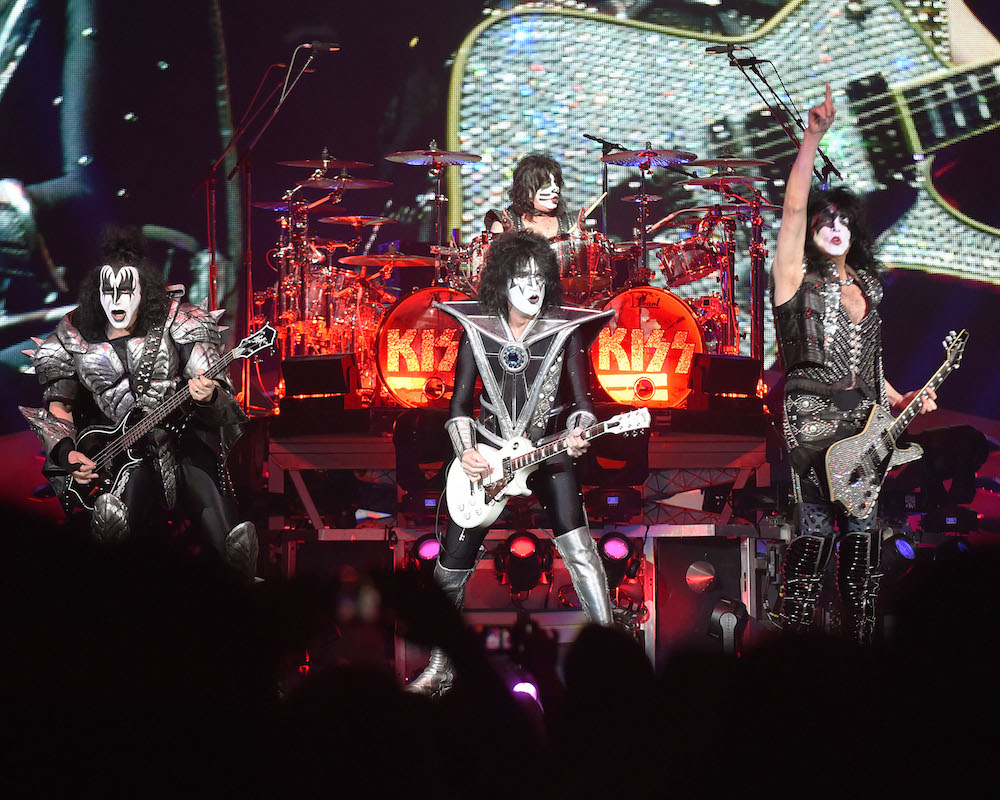 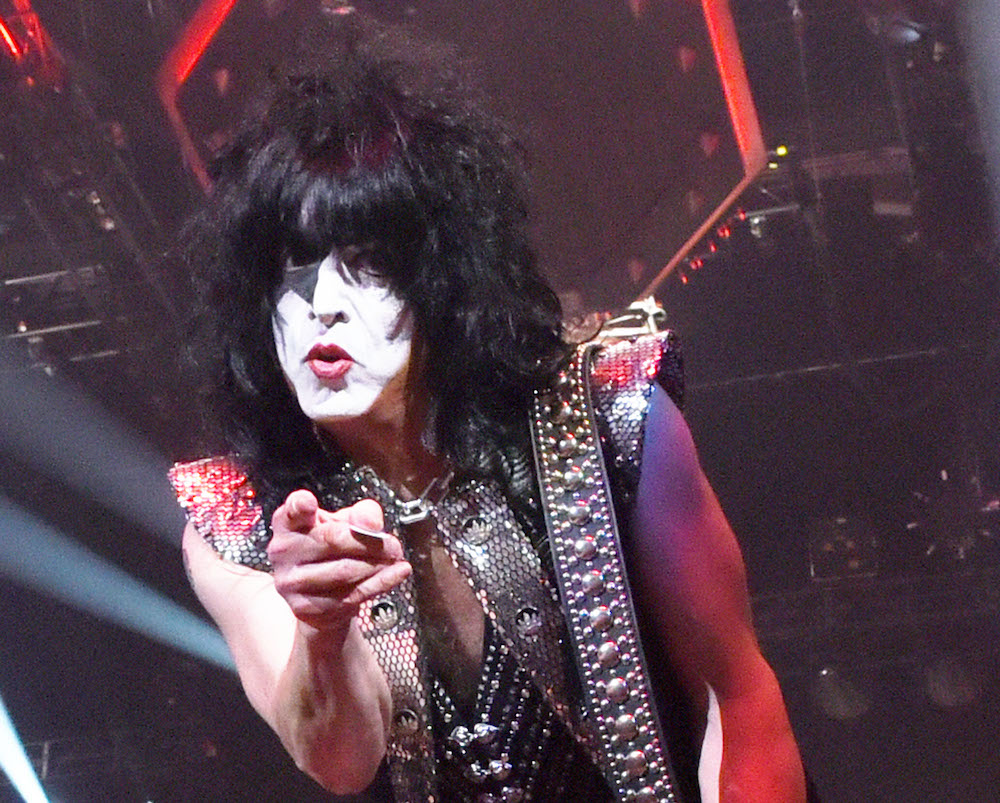 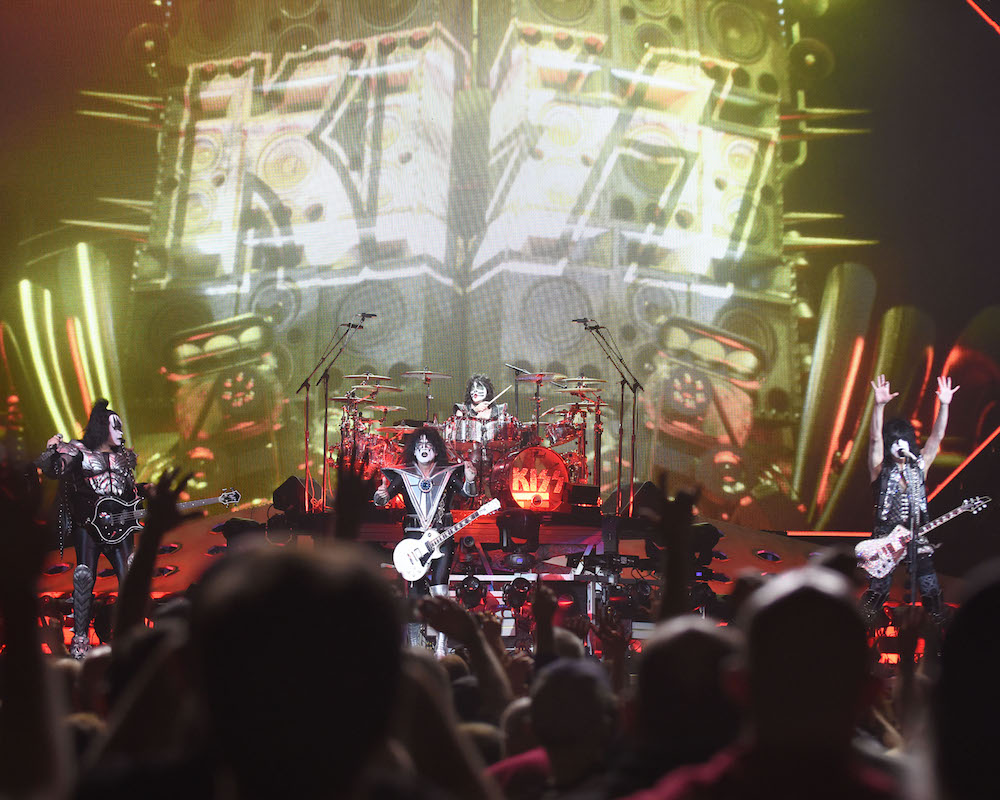 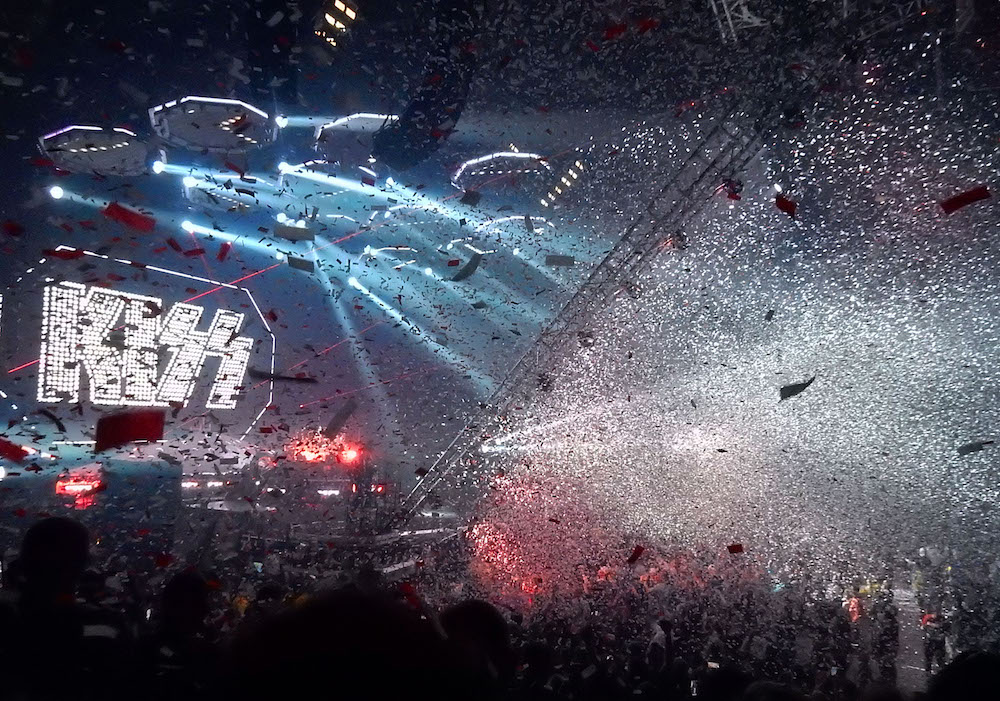 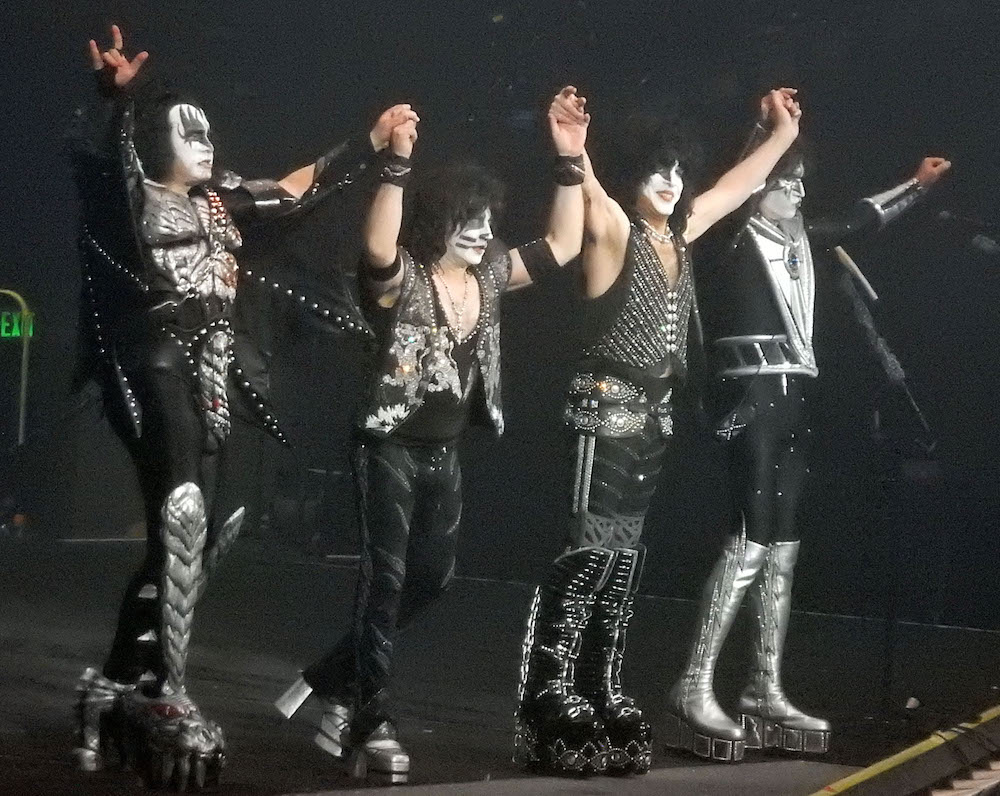