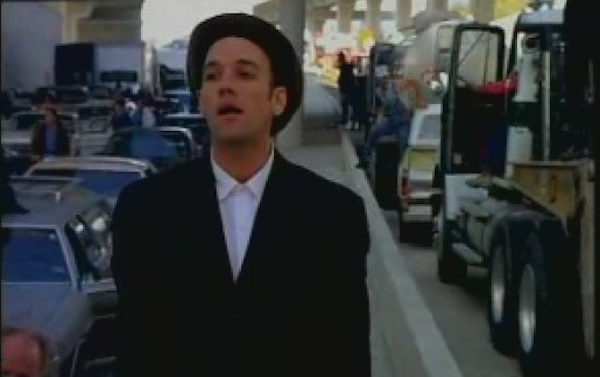 R.E.M. continued its long-running feud with Donald Trump over the weekend, firing back at the president after he tweeted a video featuring one of its songs to his 58 million Twitter followers.

The video, originally posted by pro-Trump meme account @CarpeDonktum, consists of a series of images of Democrats looking sad at Trump’s State of the Union Address, set to the 1993 R.E.M. hit “Everybody Hurts.” The video was taken down for copyright violation, but Trump later posted the same video, this time set to Lee Greenwood’s “Proud to Be an American.”

“World Leader PRETEND!!!” the band said in a statement referencing another one of its songs. “Congress, Media—ghost this faker!!! Love, R.E.M.”

Bassist Mike Mills spent much of the weekend sparring with Trump supporters on Twitter, but after calling Trump #PresidentAsshole, he made up with @CarpeDonktum.

Let’s do it. Have fun. Sorry about the asshole part. @CarpeDonktum https://t.co/9PuubYvRkX

R.E.M. has been vocal about politics dating back 20 years, when it spearheaded a campaign to pressure Congress during the first Bush and Clinton administrations to pass “Motor Voter” legislation. In 2015, singer Michael Stipe blasted Trump and fellow Republican candidate Ted Cruz for playing “It’s the End of the World as We Know It” at a rally. In 2016, it contributed the aforementioned “World Leader Pretend” to an anti-Trump playlist.

In the Future, Athens’ Climate Will Feel Like Florida’s