Athens Popfest has announced the initial lineup for this year’s festival, which takes place Aug. 9–12 at the Georgia Theatre, Little Kings Shuffle Club and The Foundry.

Check out the poster below with the full list of bands. Another lineup announcement is coming May 15, according to event organizer Mike Turner.

Tickets for the four-day event are on sale via Ticketfly. A full-festival pass will run you $60, while individual day passes are available for $15–$24.

After a five-year hiatus, Turner resurrected Popfest in 2016. Since its return, the festival has hosted two successful and well-received installations, with previous headliners including Deerhoof, Love Tractor, ESG and Superchunk. 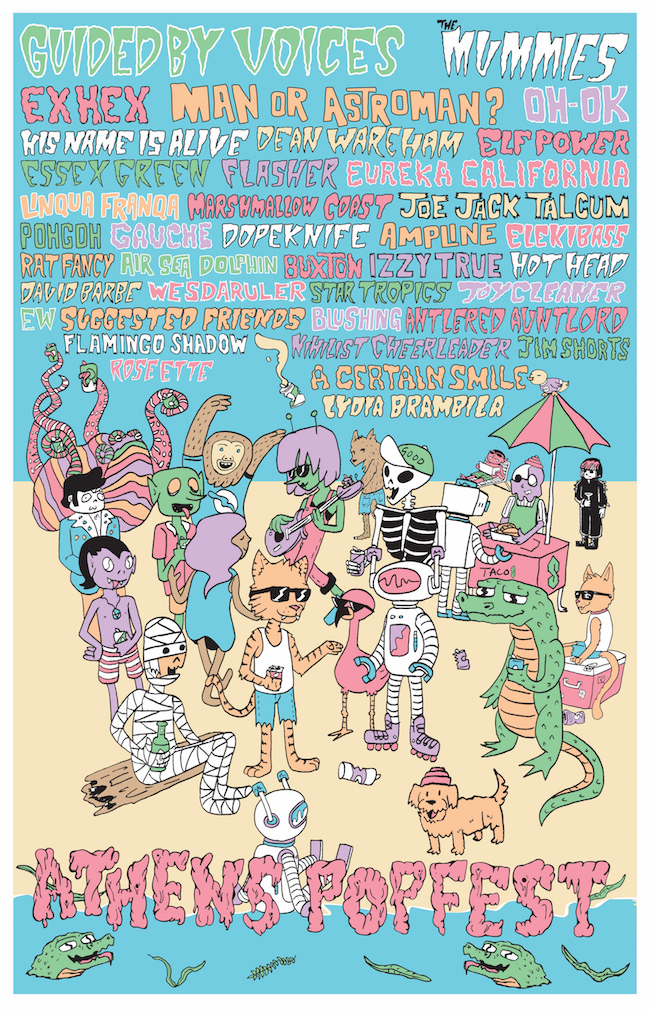