My Morning Jacket, Jane’s Addiction, Florence and the Machine to Play Shaky Knees 2016 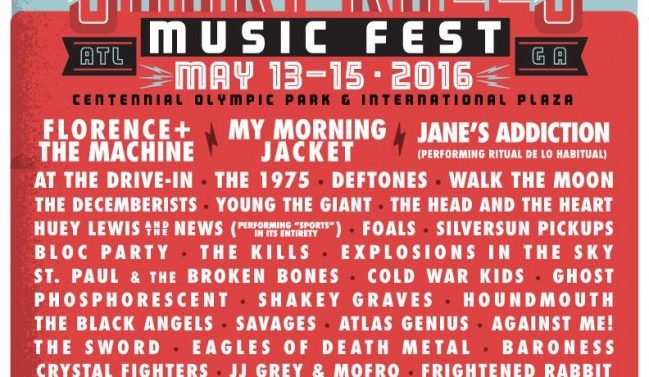 The festival, which takes place May 13–15 at Centennial Olympic Park—yet another change in location following last year’s move from Atlantic Station to Midtown’s Central Park—will also feature sets from Deftones, At the Drive-In, Huey Lewis and the News, Bloc Party, The Decemberists, Against Me!, Phosphorescent and many others, including Eagles of Death Metal, the band that was performing at the Bataclan nightclub on the evening of the Paris terror attacks in November.

Advance three-day tickets are  on sale for $215 via the festival’s website, while individual day passes are on sale for $102.

Athens Power Rankings for the Week of Jan. 11