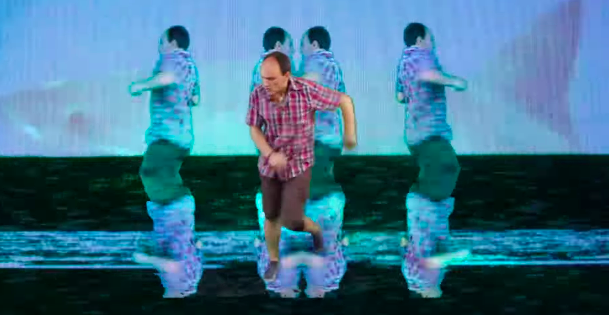 Local indie rock outfit The Hernies has existed in some form since 2013, but its lineup has recently solidified into a four-piece unit featuring Henry Barbe, Winston Barbe, Glenn Reece and Evan Amburn. The band is reportedly prepping the release of its debut album, which it hopes to have out early next year.

For a taste of what the group is cooking up, check out the video for the 50-second pop-punk burner “Learning to Live Alone.” The clip, directed by Michael Wright, features the talents of “the Dancing Man, a local character around town who shows up to all sorts of shows and dances his heart out,” says Winston Barbe.

Herny says, “The song is about people who just WON’T go away.” It is a response to “Benito Santiago” off of the 2013 self-titled EP. He said he wrote a response because “no one else would.” (Benito Santiago was an MLB catcher for 20 years, and I suppose the point of that song is that he stuck around for too long/couldn’t let go/wore out his welcome.)

The Hernies play the Georgia Theatre rooftop on Monday, Oct. 5.