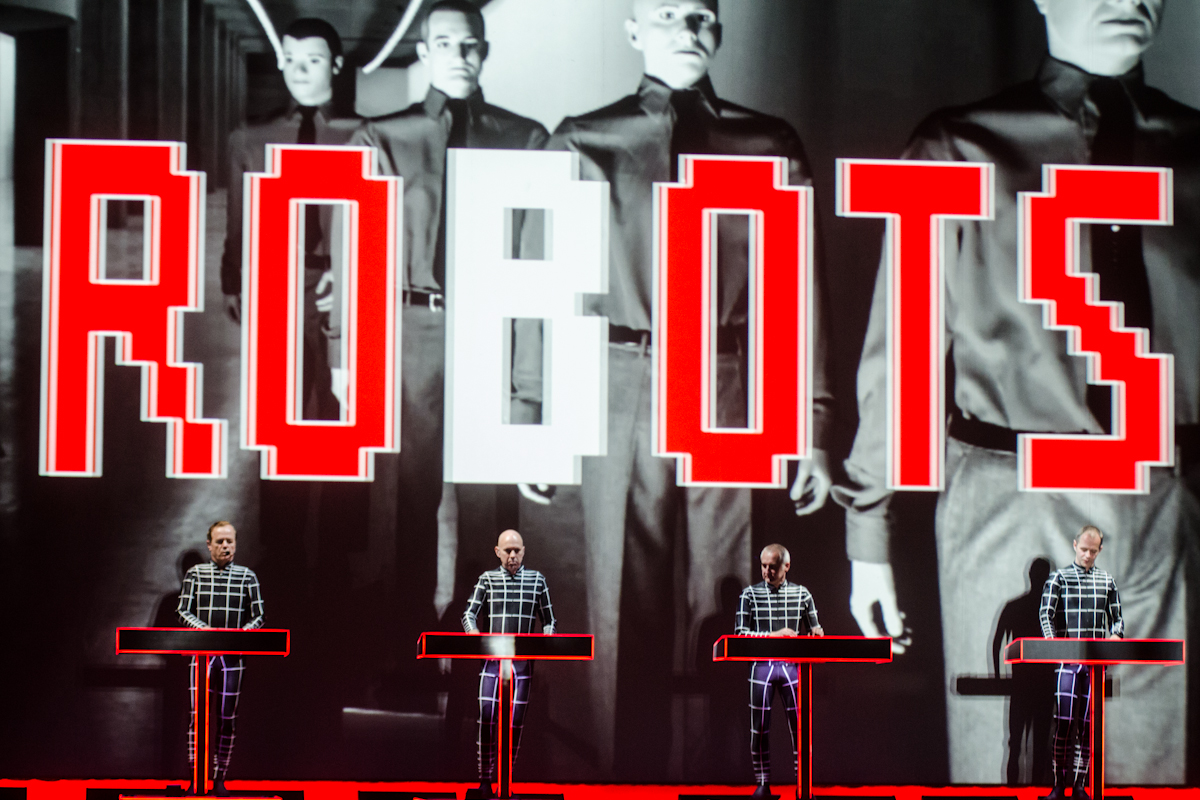 First things first: The return of Moogfest, and my experience of it, was undeniably positive. Its energy was palpable, the civic pride of Asheville and its attendant culture of inclusion was apparent everywhere and the organizers from Moog Music and the hundreds of volunteers couldn’t have been friendlier if they tried. The menu was packed with fascinating speakers on all sorts of subjects and the live music lineup was simply incredible.

The footprint of Moogfest has the festival scattered over several blocks of downtown Asheville, but there’s no clear center of activity. For someone unfamiliar with the town’s layout, it can take a couple of days to get a bearing on things. This was my case entirely. As luck would have it, most of the shows I really wanted to catch were either at the Thomas Wolfe Auditorium, the free stage on Broadway outside the Moog factory and The Orange Peel, which is several blocks away.

The first two venues accommodated several thousand quite easily, but the lines for The Orange Peel ran on for at least three blocks each time I tried to get in. Further, things were so spread out that I made a conscious decision to make live music my priority and not focus on seeing any speakers this year. This strategy meant I missed some very cool things, not the least of which was the unveiling of Moog’s reproduction of Keith Emerson’s famous Moog monster, for which both Emerson and Herbert Deutsch, the man who helped find practical uses for the first Moog instruments, were present. 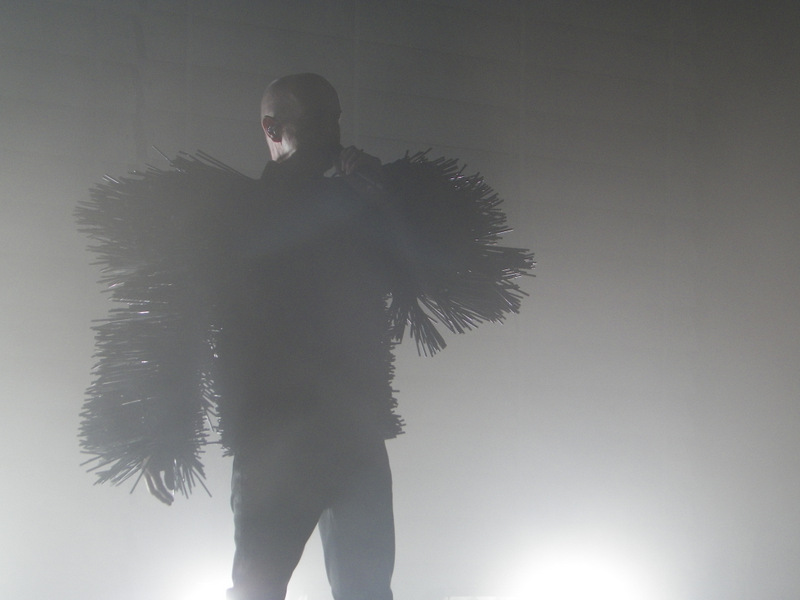 The Pet Shop Boys were way better than they needed to be. They could have very easily just gotten onstage and been adored, but they had multiple costume changes, video screens and dancers—a real show in the classic sense of the term.

I caught the first of Kraftwerk’s three 3D shows. Not really knowing what to expect, I accepted a pair of 3D glasses from a helpful attendant and made my way to the front of the stage. Then, it occurred to me that 3D graphics would be better experienced towards the middle or back of the room, so I moved back. Once the four electronic podiums were occupied, the show blasted forward with a volume that was kind of shocking in its totality. The 3D films that played behind the band took images largely from album graphics and promotional videos.

About 45 minutes into the show, everything broke down. The band left the stage. The lights went up halfway. Some people left. (Most stayed.) After about a half hour, Kraftwerk returned to the stage and played for about another hour-and-15-minutes to a roaring audience. Seriously. The crowd cheered as passionately and loudly as an arena rock show. It was incredible. 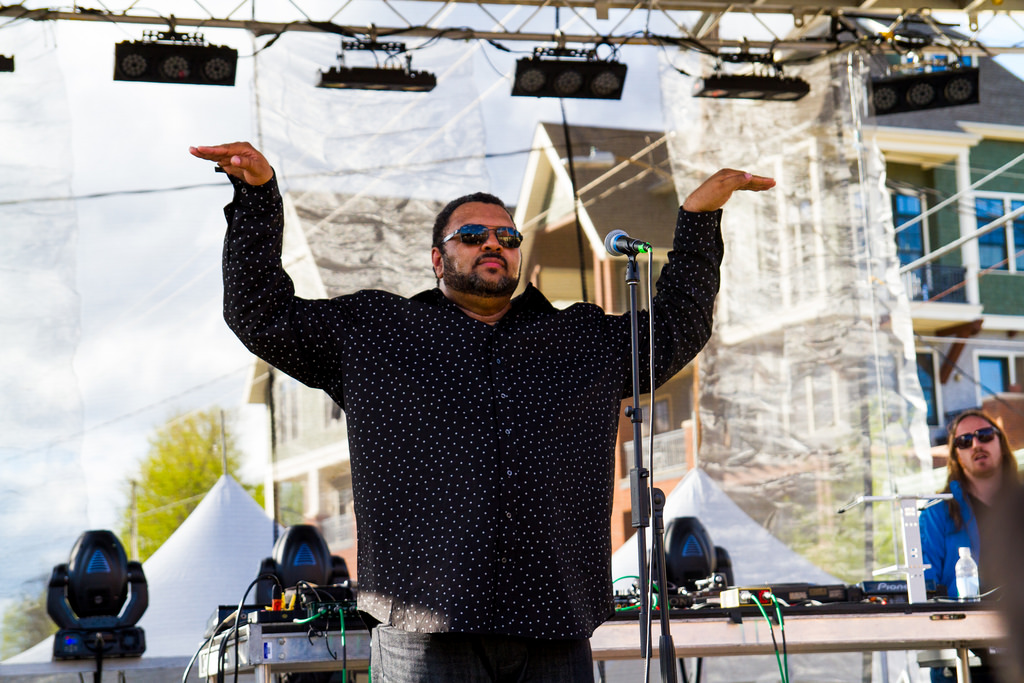 I’d been wanting to see The Egyptian Lover for a long time, and he didn’t disappoint. Alternately DJing and singing/rapping, he played his best-known tracks, paid loving homage to his Roland 808 drum machine and turned the ears of hundreds of people who had never heard of him.

Famed Italian producer Giorgio Moroder was utterly life-affirming while doing live remixes of his own productions. Interacting with the audience minimally but effectively, he would occasionally flash a huge smile. The number of people leaned against the stage barrier clutching vinyl copies of their favorite Moroder productions silently shut down any argument that disco is somehow less than an entirely populist and emotional music.

Mix Master Mike held his own very well, but having to take the stage after the very bass-heavy Egyptian Lover meant some of his potential audience had retreated simply because they needed to rest their ears. 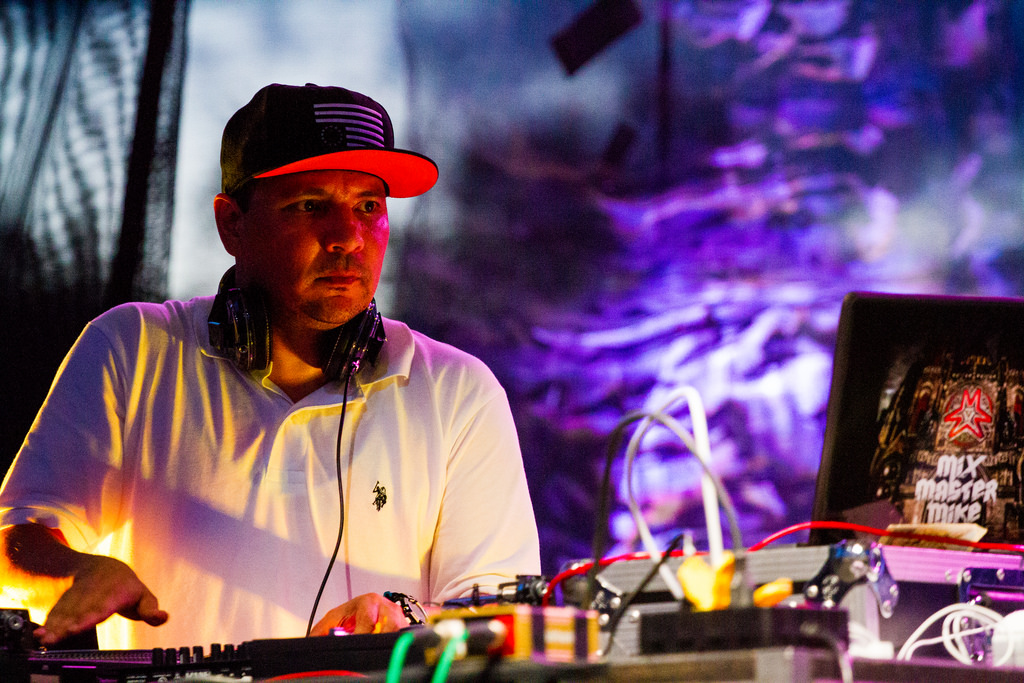 Mega DJ Sasha played to pumped up crowd in the basement of the U.S. Cellular Center, and I’m still flabbergasted by reports that the room was nearly empty. It absolutely wasn’t. There were hundreds of people inside. (Note to reporters: Don’t ever take someone else’s “facts” as your own. You were either at a place or you weren’t. If you wanna quote somebody, do that. Otherwise you’re gonna get creamed by reality.)

I ended Moogfest with a one-two punch. Nile Rodgers led his band Chic through hit after hit after hit, and because his resume is a mile long, they were all songs he’d either written or co-written. He even mentioned this explicitly before the show began: “Don’t think we’re a cover band. Everything we’re gonna play tonight is because of…” and then he pointed to himself.

Even so, that point was obviously lost on some people, and I had the unfortunate eye-bleeding experience of reading an Athens-area attendee’s critique that said, “Chick (sic) covered Madonna and David Bowie. Guess they don’t have enough original material.” Ah, the producer/songwriter’s life… 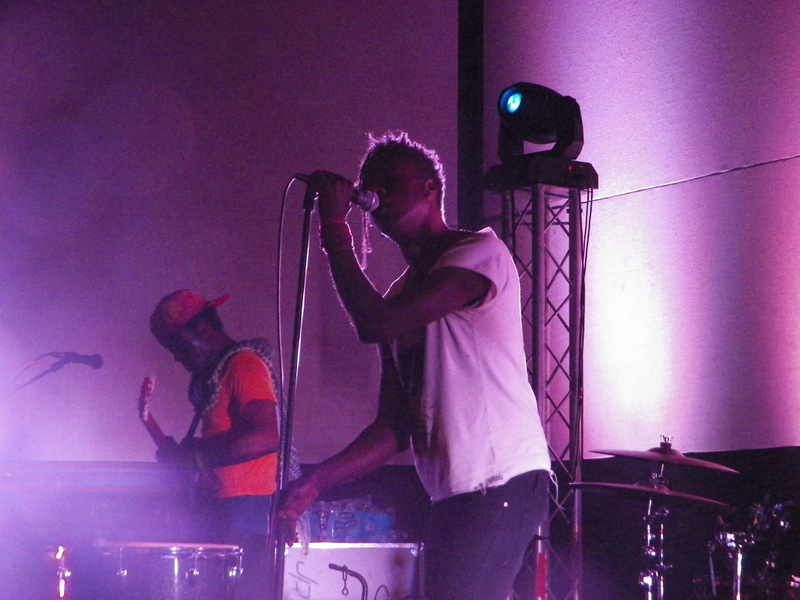 I skipped M.I.A. so I could go catch poet Saul Williams performing his music with Brooklyn, NY’s DOZ. I was floored. Alongside intensely post-punk rhythms and angular melodies, Williams prowled the stage, sang—sometimes spoke—with great passion and gave a performance such that I knew I’d not see anything else at Moogfest after him. I wanted this to cap my time in Asheville.

By all accounts—including the one you’ve just read—Moogfest’s return was an unabashed success. I know I certainly felt that way. Here’s to hoping Moog Music takes its newly replanted flag and runs with it.