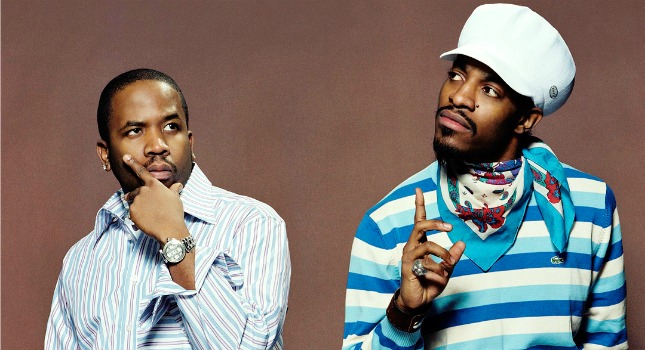 In case you have been without Internet for the last couple days, the big news is that beloved Atlanta hip hop duo OutKast is reuniting for a 40-plus-date festival tour this spring and summer. Here are a few appearances that have been confirmed: mid-April at Coachella in Indio, CA; late April at Counterpoint outside of Atlanta; mid-May at Hangout Music Fest in Gulf Shores, AL; early June at Governors Ball in New York; and later that month at Firefly in Delaware.

Expect many more dates to be announced in the coming days. And while we’re waiting, let’s all have a good cringelaughcry at the expense of the youth of today.

In other area festival news, the lineup for Shaky Knees, which takes place May 9–11 at Atlanta’s Atlantic Station, was announced today, and features some big names: The National, Modest Mouse, Violent Femmes, The Gaslight Anthem, Spoon, Local Natives and many others will perform. One more headliner is yet to be announced. See the full list of performers here.

What You Need to Know to Have a New Baby