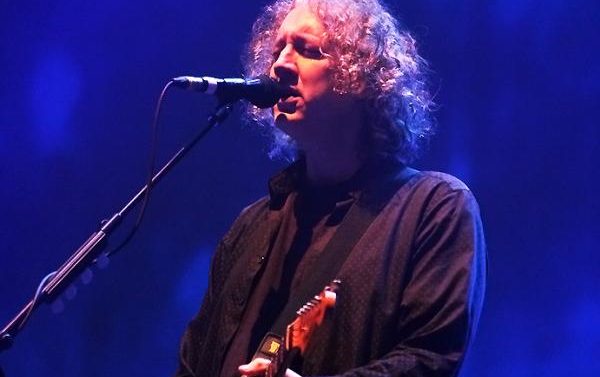 Because in my line of work the lack of a personal year-end list is punishable by death, and after much internal debate, I have ranked my top 10 non-Athens albums of 2013. They are listed below. And stay tuned, folks: Flagpole‘s top 10 local albums of the year will be posted online Jan. 8 and in that week’s print issue.

Having made a career out of exploring the vast contours and infinite possibilities of computer-aided manipulation, Hecker turned a stylistic corner with his 2013 outing. Unlike his last record, Ravedeath, 1972, on which he transformed analog piano into something oceanic and unrecognizable, Virgins found Hecker relying heavily on the more honest tones of live instrumentation. The result was subtle but stunning.

Backpack-era hip hop heads’ collective wet dream was realized with Czarface, a collaboration between Wu-Tang Clan MC Inspectah Deck and indie duo 7L & Esoteric. Featuring ’90s NYC-style boom-bap production and guest spots from Ghostface Killah, Action Bronson and Roc Marciano, among others, the record was an unexpectedly killer turn from one of the Wu’s most under-sung heroes.

Somehow—perhaps due to its January release date or unassuming nature—this record is being left off a lot of 2013 year-end lists. Pity, ’cause it’s Yo La Tengo’s most self-assured outing in years, chock-full of the sort of aching moonlit romanticism the group does so well and also musically invigorating. The band’s show earlier this year at the Georgia Theatre was among my favorite concerts of the year.

7. Grouper: The Man Who Died in His Boat

This album, which consists of material recorded during the same 2008 sessions that begat Grouper’s more relatively accessible Dragging a Dead Deer Up a Hill, didn’t hit me as hard initially as Liz Harris’ transcendental 2011 double-LP A I A, but it grew slowly in my psyche as the year went on. Greyscaled and gorgeous, The Man Who Died in His Boat hits on familiar Grouper themes—death, loss, decay—but feels a million pounds lighter than that list would suggest.

Vile’s lengthy 2013 outing was full of the same sort of folk-pop stunners and meandering Americana he put forth on its predecessor, 2011’s Smoke Ring For My Halo. But while that record languished in hazy cynisicm, on Wakin on a Pretty Daze Vile’s mood had drastically improved. Thankfully, he still displayed the same lyrical sharpness. (I was ill that week, but I’m told this show was excellent, too.)

Disclosure alert: I used to be in a band with two of these Bay Area-via-Athens freakazoids. But personal connection or not, the debut LP from CCR Headcleaner is one of my favorite noise-rock albums in years. Grimy, grungy and full of pique, the ridiculously titled Lace the Earth With Arms Wide Open: 2013 hit hard even as it spaced way the fuck out. If you missed the band’s local basement house show this fall, I feel bad for you, son.

Besides putting on another of my favorite Athens shows of the year, Atlanta’s noise-pop kings released probably my favorite album of theirs to date. The garage-inspired Monomania was delightfully scummy, full of catchy-as-hell tunes that wore their motorcyclin’ hearts on their leather sleeves. Frontman Bradford Cox really came into his own on this record; that, plus the addition of Athens rhythm-meister Josh McKay on bass and ex-Balkans guitarist Frankie Broyle, with his Strokes-ian leads, made for a tough, tight LP.

Yet another incredible show—big ups to our venues in 2013!—came courtesy of ex-Smog mastermind Bill Callahan, who led an attentive 40 Watt crowd through a selection of tunes from his extensive catalog, including Dream River, an album that revealed itself as a masterpiece only after dozens of listens. With each release, Callahan grows more comfortable in his formerly thin skin, and his poetry, always his number-one selling point, continues to deepen.

A more corporeal effort than 2011’s Replica, which was a deft and intricate collection of sampled-to-hell mood pieces, R Plus Seven found Daniel Lopatin obsessing more explicitly over the emergent technological sounds and structures of the 1980s, even while he stayed planted in a nebulous present, one eye cocked toward a fatalistic future. Songs like “Zebra” bobbed and weaved with the jazzlike movements of a star point guard; others, like “Boring Angel” (the captivating video for which, shot by former Athens resident and artist John Michael Boling, can be seen below), proved more clear-cut, voiceless mediations on that great and singular inevitability.

Christmas came in February this year for fans of Kevin Shields and company, most of whom had long abandoned hope that the forever-rumored follow-up to 1991’s Loveless would ever appear. The most surprising thing, though, was that when it arrived, abruptly, sans hype machine buildup (Beyonce, Kevin. Kevin, Beyonce), it was downright phenomenal.

Somehow an obvious continuation of Loveless and also a huge leap forward, this was the album of 2013 for me. I spent a very enjoyable week in California this June for a good friend’s wedding; driving with my wife up the Pacific Coast Highway, the sun in our eyes and the ocean to our left, m b v, cranked appropriately to full blast, sounded divine. It’s my number one because here, sitting in my windowless office, it still does.