From the Archives: Herb Guthrie’s Missionary Work in Uganda 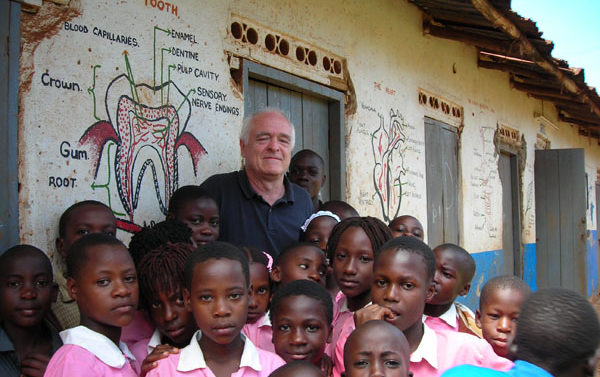 The news of local musician Herb Guthrie’s passing was another tragic blow in a year that has dealt the Athens music community too many of them.

But while we mourn Guthrie’s death, we also celebrate him for the compassionate and hard-working man he was. A February 2009 Flagpole article focused on Guthrie’s missionary work in Uganda, which is where he was at the time of his death.

Herb Guthrie’s introduction to the war-torn regions of Uganda began in the trafficking business, except Herb wasn’t running contraband, nor was he smuggling illegal substances across the country’s heavily guarded borders. In a rather Casablanca-like fashion, Guthrie found himself toting three portable sound systems, tightly wrapped in brown wrapping paper and packed discretely in his luggage, in order to transport the concealed “packages” past the customs officer at the Entebbe airport. Only after much skepticism and eyebrow-raising did the officer finally allow this peculiar evangelist through its gates and into the heart of Africa…

A mainstay in Athens for over 40 years, Guthrie has  built a career as a sound engineer and as the drummer for the Michael Guthrie Band – a gutsy threesome of Who-inspired power pop. After having grown up near Hamburg, Germany during The Beatles’ rise to fame in the early ’60s, the Guthrie family graced the stages of the original 40 Watt, as well as the opening night of the Georgia Theatre in 1978. So, when initially called upon by University Church to set up sound systems in Uganda for missionary work, Guthrie was the logical fit to answer the call for duty – not to say he knew exactly what he was getting himself into.

Today, Guthrie reflects on his first visit to Uganda over seven years ago, “Surely, Africa can’t be too crazy… Oh, how wrong was I!”

Read the rest of the story here.