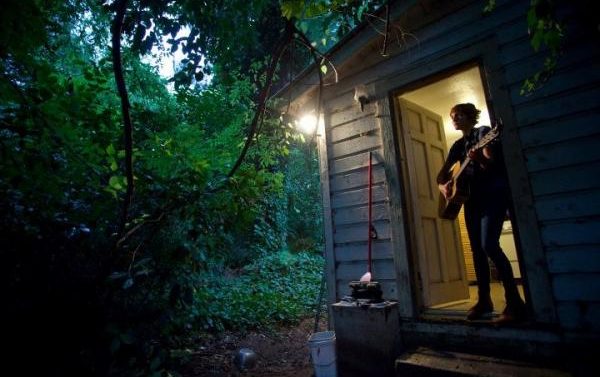 Local folk-pop group Outer Spaces, a.k.a. Cara Beth Satalino and friends, has just released a new 7-inch as part of Matador Records’ Singles Going Home Alone series, wherein subscribers receive a new and exclusive single in the mail each month of the year. Below, stream the single, “I Was Divided” and the B-side, “Eternally Fifteen.”

Even if you’re not a subscriber to the SGHA series, you can pick up one of the extremely limited copies of the single at Wuxtry Records or via Satalino.

The band, which includes Baltimore producer Chester Gwazda, will play tonight at Go Bar, and you best be there if you want to see them again anytime soon. Satalino recently confirmed a dirty rumor, writing the following in an email to Flagpole: “In other news, I’m heading off to Europe on June 3 to do a tour, and then moving to Baltimore, MD. Bye Athens, I’ll miss you!”