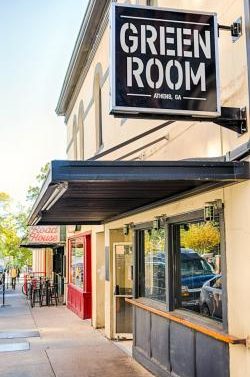 Downtown Athens has experienced a new-venue explosion of late, with three spots popping up within a couple months of each other. Flagpole recently sat down with a representative of each to ask why he decided to enter the fray, and what makes his spot stand out.

Wilmot Greene: I was in a band in high school, more bands in college. Except for a small stint as a cartographer, music is the only way I’ve ever made rent.

FP: How did the opportunity with Green Room come about?

WG: Myself and my partners Scott Orvold and Randy Smith make a good team, so we wanted to keep growing our businesses. We have wanted a smaller venue for years, so we had been looking for a good spot for a while. When the lease for the old El Centro became available we pounced. It took us a few months of some pretty serious cleaning and rebuilding, but the space is great now. It’s cozy.

FP: What direction are you hoping to take with the acts that play at Green Room?

WG: We have been doing early shows and late shows, sometimes on the same day (early meaning 7 p.m. and late meaning midnight). I think the things that will make the Green Room stand out are the timeless things like the cool vibe, cleanliness, good sound, great staff, fair prices, etc. We aren’t trying to re-invent the wheel, it’s rock and roll.

FP: If you could book any act at Green Room, who would it be?

WG: Well, for the early shows we have been having residencies with Kenosha Kid and Carl Lindberg [and] Ike Stubblefield, so it would be tough to beat that. For late shows we have New Madrid, Larry Keel and Washed Out all coming soon. Sorry to be avoiding the question, but those are six acts I’d really love to have and we have them, which is awesome!

FP: Do you have any themed nights that are going to occur each week? Do you see this as a popular attraction option?

WG: We have several residencies planned. Those are fun.

Trey Myers: I booked and managed a room in Statesboro, GA when I was 19. Prior to that, I occasionally peddled mixed tapes in junior high.

FP: How did the opportunity with Crow’s Nest come about?

TM: My friend Annie DeCelles kept telling me about this restaurant/bar she was helping open in Athens called Dirty Birds. She told me that they wanted to have bands perform upstairs, but I wasn’t interested in booking bands for a wing joint. Once I saw how beautiful and well-restored everything was, how good the room sounded, and how serious they were about live music, I couldn’t say no.

FP: What direction are you hoping to take with the acts that play at Crow’s Nest?

TM: I think a venue’s success depends on its ability to embrace a diversity of genres and promote hard. Athens is an important market for bands that are trying to grow in the Southeast. I’d argue that Athens and Atlanta are the two most important markets when it comes to breaking bands in the region. I want to use this to attract national touring acts that are trying to grow down here, and I want to do it while growing local talent.

TM: There’s no venue in town like this. It’s got the highest quality sound of any venue of its size, with the drink specials and food of a sports bar. Every venue in Athens has the potential to serve a purpose; Crow’s Nest will serve to build local talent while capitalizing on growing national acts who are touring the Southeast. Outside of having great bands and affordable drinks, we’ve got Paul Lee at the helm, running sound. Crow’s Nest will simply sound better than any room of its size.

FP: If you could book any act at Crow’s Nest, who would it be?

TM: I’m going to take some liberties with this question and give several answers. 1. Any band in history for this room? Doolittle-era Pixies. 2. Any living performer? Trent Reznor, acoustic. 3. An actual act that’s alive and would sound amazing in Crows Nest? Patterson Hood.

FP: With a couple shows off the ground, can you already pinpoint a popular attraction? Is there an idea for any other “theme” days like FREE-EDM Friday?

TM: I had a dream that I was supposed do a five-band punk bill, with a robed church choir singing their own versions of Dead Kennedys tunes during changeover. This would likely be a horrible idea, but the principle is sound in that a monthly fusion show, where we bill artists who wouldn’t usually perform in the same rooms, could be a way to create something fresh and turn people on to new music. Perhaps a monthly country night with different non-country vocalists and MCs sitting in would be cool.

I’m also looking to host some events for local charities. We did a really awesome night of outlaw country-music covers at the Georgia Theatre over the holidays [and] called it “Outlaws in the Round.” So now we’re going to do “Outlaws in the Round II” on Saturday, Feb. 23 at Crow’s Nest, but we’re going to use the event to raise money and awareness for the Athens based charity We’re hEAR for You. This nonprofit was founded by Katie Carmody and Caroline DeCelles, and these guys are the reason you can get free earplugs in almost every venue in Athens.

I also work with a lot of Athens based fraternities and sororities—I’d like to use Crow’s Nest as a platform to host some of their philanthropy events. As far as themed weekly events and popular attractions are concerned, the Free Electronic Dance Music Fridays thing crushed on our opening weekend and hopefully will continue to do so. EDM is such a relevant and broad genre, and who doesn’t like to dance?

BM: I toured for eight years in a band. I’ve been to hundreds of venues and The World Famous is a mix-match of every venue I loved playing.

FP: How did the opportunity with The World Famous come about? 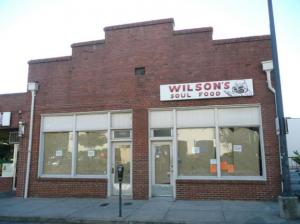 BM: My longtime friend and now business partner David [Eduardo] Parajon came to me with an idea for opening a music venue/bar/restaurant and wanted my help. With my experience in music and in owning and running Normal Bar, I offered myself up. It had always been a dream of mine to offer musicians a great, intimate venue to play where we feed them, drink them, and in return they offer us and their audience an unforgettable musical experience.

FP: What direction are you hoping to take with the acts that play at The World Famous?

BM: I want to have a broad spectrum of entertainment, I’d love to get some classical and chamber music into the club scene. I am a big fan of singer-songwriters, and this will be the spot for that kind of music, but I am also booking a lot of comedy and I even just booked a hypnotist. Anything goes. I’d really be into someone wanting to put on a play as well.

BM: The hospitality and comfort we offer the artists is what I hope we get remembered for. We are all for the artist. Our mission is to make the artists as happy and as comfortable as possible. In that, they will put on their best performances and the crowds will reap the benefits (I know this from experience). Speaking of hospitality, we have an amazing chef, Jarad Blanton, serving up amazing food, and the bar is serving up fantastic cocktails, beer, and wine.

FP: If you could book any act at The World Famous, who would it be?

FP: Do you have any acts booked that you’re particularly excited about?