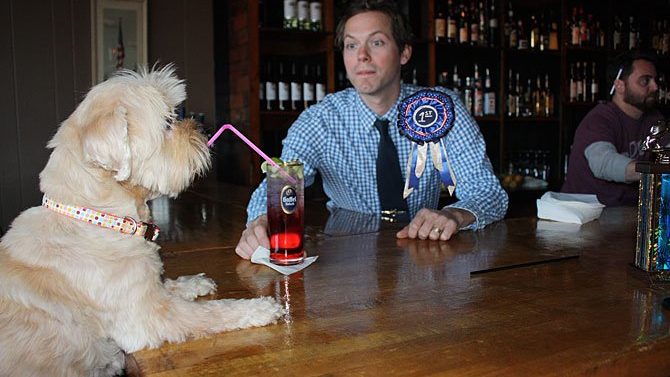 Certain corners of Athens are abuzz with the news that a new restaurant/bar/music venue called The World Famous will soon open in the former Wilson’s Soul Food space on North Hull St., on the ever-hip western edge of downtown.

The business is a co-venture between local musician and Normal Bar honcho Bain Mattox (pictured above) and Flagpole contributor David Eduardo, both of whom conceived The World Famous as a more intimate and slightly classier alternative to existing downtown venues.

Mattox says the music venue portion of the space will seat 60-80 people. “We are bringing in a bunch of great national and regional acts, bands/singer songwriters/duos, all of the above. We are also talking to a bunch of local acts and putting together unbelievable bills,” he says.

The next room over, separated by a soundproof wall, will house the bar and ‘restaurant,’ which will feature “fantastic cocktails, amazing beer selection, and fine and affordable wines,” according to Mattox. “Behind that is our Austin, Texas food cart style kitchen serving up a simple menu that includes chicken & waffles and soft pretzels.”

The concept of a singular place to eat, drink and hear music is a relatively novel one for our town; unlike some other cities, bars in Athens aren’t required to serve food in order to obtain a liquor license.

“I’m excited about setting up shop in the west end of downtown Athens,” says Eduardo. “It’s my favorite neighborhood, anywhere. Wilson’s was the first restaurant I ate at when I moved to Athens 12 years ago. It’ll be nice to breathe some life back into the space.”

Owners hope to open for business in January 2013. We’ll post updates as we get them.