Rock and Bowl for a Good Cause, and More Music News and Gossip 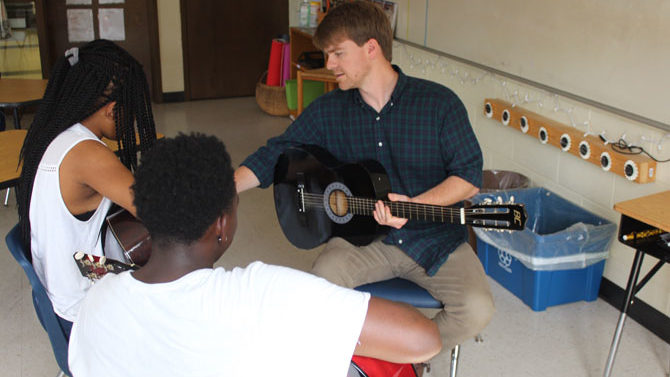 ROLL ’EM: The second annual Rock and Bowl will happen at Homewood Social Sunday, Aug. 25. This show is a benefit for Clarke County School District special education, in general, and for Georgia Dish Boys guitarist Rob Hibbs’ class at Cedar Shoals High School, specifically. His class is designed around weekly meet-ups for musical engagement to assist with communication skills, self-expression and other solid life skills. To this end, Georgia Dish Boys are obviously on the bill, but so are The Hernies and The Pink Stones. Homewood Social—the most convenient bowling experience in West Athens, with a hell of a menu, to boot—is donating a percentage of sales toward the cause, and Georgia Dish Boys are donating proceeds from all merchandise sales. For more information, you could try Homewood Social’s website at homewood.social, but you won’t find much there. So, just call them at 706-850-8787 and see what’s up.

WHO AM I TO DISAGREE?: When it comes to nearly anonymous and totally self-deprecating garage jams, you’d be hard pressed to find a more well-rounded collection than the new EP by ParkBench. Humbly titled Shit Songs and featuring liner notes that say simply, “They suck,” this is actually some really cool bedroom-fuzz joy. It’s equal parts The Wipers, Jay Reatard and a bunch of those one-off underground Australian 7-inches every collector seems to take a lot of pride in having. There are only five songs on this, too, which makes it really easy to say that standout tracks include songs one through four. Stay up late and jam this to the sunrise at parkbench21.bandcamp.com.

NEW CLEAR DAYS: Ian Hemerlein (Kwazymoto) just released two new versions of previously released tracks that he’s done under his Saint Syzygy moniker. In the past, these were recorded at home, but seeing as how he’s booking and running his own sessions at The Glow Recording Studio, that’s where he did these. They work kind of like reverse sketches, whereby he took older material then reworked them in, as he puts it, “an experiment in gaining experience in engineering.” He chose two of his most tuneful ones, too. Each appeared originally on last year’s album Party at My Place. The gentle and sparse “You Still Breathe” is fleshed out here into full-on mid-tempo indie rock. Similarly, “Detox” moves its claustrophobic vibe fully into the light while remaining just as tightly wound as ever. Check these out at saintsyzygy.bandcamp.com.

MADE IN THE SHADE: Athens most dedicated metal clan and fam, Shadebeast Records, is known for putting on shows around town. But we wanted to mention the Sunday showcases they do once a month at The World Famous. Appropriately named the Sabbath Showcase—because, given the opportunity, you’d do it, too—the idea is building a bill around one touring act, one established local and a new Athens band. The next date on this death docket is Sunday, Aug. 25, and it’ll feature Akron, OH’s Enhailer, Atlanta’s DayGlo Mourning and Athens’ Rosie and the Ratdogs. These shows are organized by Markus Shaffer (Dead Vibes Ensemble) and Daniel Shroyer (Mandible Rider), so you know everything’s legit. Visit Shadebeast online at shadebeast.com, or go see ’em in person at 297 E. Broad St. (underneath Jittery Joe’s).

SATURDAY SONGS: A new instance of the loosely ongoing series Georgia Women of Song will happen at Hendershot’s Saturday, Aug. 24 at 8 p.m. The way these shows work is each performer does her own set and also contributes backup and some collaboration to the other women on the bill. Saturday’s show is basically an all-star/who’s who bill of longtime Athens performers who exist primarily outside the standard Athens indie-rock paradigm. So, heads up. The bill features jazz and pop vocalist Marty Winkler, Maggie Hunter (The Warblers, The Solstice Sisters), Susan Staley (The Solstice Sisters) and SJ Ursrey (Honeychild). Advance tickets are $10, and the price at the door is $12.