The Challenges and Rewards of Growing an Organic Garden 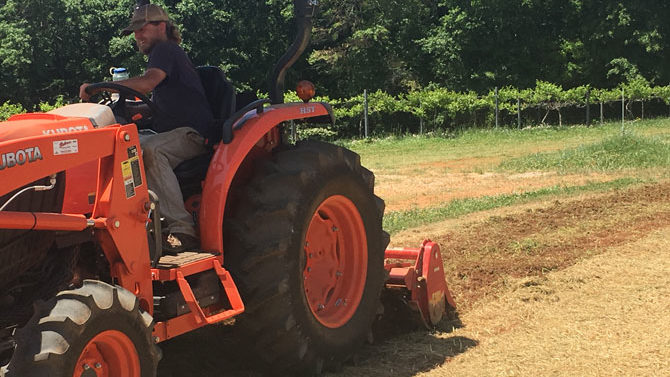 Yet much of this produce comes from farms far from Athens and its clay soils, brutally hot summers and high humidity. The big organic producers mainly enjoy the rich soils and drier climate in the West. California boasts nearly 700,000 acres of organic croplands, dwarfing the fewer than 8,000 acres in Georgia, according to EcoWatch, an environmental news site.

The big challenges faced by Georgia’s organic growers are the degraded soils, stripped of organic content by centuries of growing cotton, along with the hot, humid summers that bring insects and diseases of nearly biblical scale, for which organic growers have limited solutions. In spite of these big challenges, some determined farmers brave the odds and raise crops by improving their soils by applying compost, sowing cover crops that add organic content and suppress weeds, and rotating crops from field to field to frustrate insects and diseases that may have been left behind by a previous season’s plants.

The first step in setting up an organic garden is intensive soil preparation, an effort that loosens up heavy clays and improves vital populations of soil microorganisms. Organic material in the soil feeds these bacteria, beneficial fungi and other microorganisms that in turn deliver the nutrients essential to plant life.

Celia Barss owns the 8-acre Woodland Gardens in Winterville and practices organic gardening like her life depends on it. Her website says she has “been cursing the clay fields here in Athens for more than 10 years,” but she uses an aggressive strategy of soil improvement that includes significant amounts of costly compost, cover crops and high-nitrogen organic fertilizers, such as feather meal. Nitrogen is a vital component of chlorophyll and the most important plant nutrient, contributing to leafy growth and giving plants a healthy-looking deep green color.

Barss depends heavily on cover crops, many of which absorb nitrogen from the air into the soil, where it is processed by bacteria and made readily available to plants. “We use winter rye, Austrian winter peas, crimson clover and spring oats for cover crops,” she says, which she then mows down and incorporates into the soil with a tiller. The raw plant material in the soil provides food to the colonies of microorganisms, which then break down and decompose the organic material that eventually becomes food for plants.

UGA College of Agriculture professor David Berle, who teaches classes in organic gardening and works with students at the UGArden, says he uses taller cover crops in the summer for weed suppression. “We sow sunn hemp in the summer to add nitrogen and organic material, but because it’s a vigorous, tall, leafy plant, it also shades out a lot of weeds, such as bermudagrass,” he says. The UGArden emphasizes summer cover crops because most students are active in the fall, winter and spring, which are productive, cool seasons in Georgia’s otherwise hot climate.

Even with the best preparation, the combination of heat and humidity present the biggest challenges, promoting many diseases for which organic farmers have few defenses once they take hold. Organic farmers don’t have access to the vast array of chemical pesticides that conventional farmers use to deal with these problems, but there are some solutions. BT (bacillus thuringiensis) is a naturally occurring soil bacteria that, according to the EPA, is harmless to humans and widely used by organic growers. The USDA keeps a list of products that are allowed on certified organic farms.

When Barss encounters a new problem and seeks solutions, she turns to UGA professors “with whom I’ve developed relationships,” as well as the local extension service. She also reaches out to other members of the Southern Sustainable Agriculture Working Group, a group that helps organic growers build partnerships and solve problems. The organization’s website serves as a clearinghouse of information on organic growing.

Despite the challenges, Berle says, “If you garden organically, you will not only experience the satisfaction of growing the food you eat, but you will also gain appreciation for the work required.”