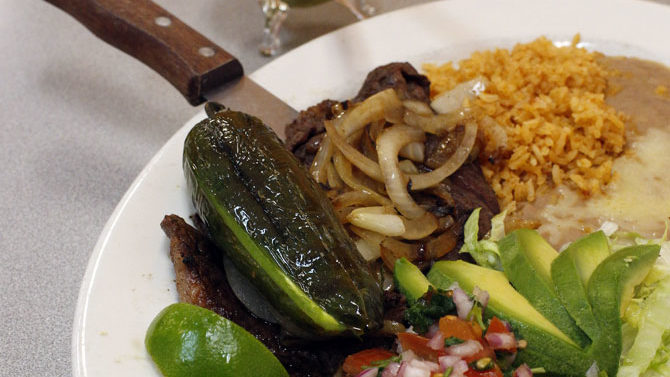 Summer is the quietest time of year for restaurants in Athens and, along with the end of the calendar year, the most likely time for them to close. Folks planning on a big splash in the fall, when students and football fans return, might open a new venture a few weeks before August to work out some details before being slammed with customers. That’s a long way of saying that, while some things changed on the Athens food scene between early May and the end of July, there’s a good bit more that’s right on the horizon.

Among the places that closed was the Cafe on Prince, formerly inside Piedmont College, which technically shut its doors at the end of April but did so quietly. Transmet West, after trying to make a go of it under new ownership, folded, and Tim Piccolo’s eponymous restaurant in Watkinsville closed, reopening as Bella Noche, a Latin-Italian fusion eatery. The Athens branch of Asian chain Tin Drum, in the Beechwood shopping center, by Menchie’s, closed. Etienne Brasserie downtown papered up its windows and stopped answering its phone, and Paul’s Bar-B-Q in Lexington, one of the best pork sources around for generations, stopped doing business.

Although Streets is no longer to be found, the Athens food-truck scene ticked up a little bit, with Holy Crepe, Taza, the new Da Munchiezz and Kona Ice holding regular events every other Wednesday, sometimes at the Jittery Joe’s roaster on Barber, sometimes in the Classic Center’s pavilion on Foundry Street. Loosened regulations appear to be slowly having an effect, and trucks can now set up at City Hall on Thursdays. Other itinerant food businesses can be found at the Athens Farmers Market and West Broad Farmers Market. Hankie Pie is selling sweet and savory tiny and full-sized pies at the latter on Saturday mornings.

Epps Bridge Centre, the new outdoor mall in Oconee County, continued to add food options, including a location of quick-service Tex-Mex franchise Diablo’s Southwest Grill. This month will mark the opening of something called Woks Up, a fast-casual stir-fry place that hopes to franchise its concept, and Bone Island Grillhouse, a seafood restaurant with another location in Eatonton. Lighthouse Seafood, formerly on the Eastside and then in Statham, opened up on Vine Street, in the strip mall there. El Azteca, on Oconee Street, was replaced by Taqueria El Agave, which is significantly better. Over in Madison, Farmview Market, a fancy local-eats grocery store and butcher, opened, with a restaurant serving breakfast and lunch.

On the Eastside, Craft Public House, a gastropub with nice cocktails, is open in the Ansonborough development at Gaines School and Cedar Shoals roads. Not yet finished is a restaurant called Cumberland Island Cafe, inside a planned Flash Foods gas station/convenience store at the corner of Lexington and Gaines School roads, where Williams Hardware was.

Downtown, Zombie Coffee and Donuts hosted huge crowds its opening week, with its customizable doughnut toppings and iced coffee made with coffee ice cubes. It’s sure to be popular with students. Cinnaholic, a franchise making gourmet vegan cinnamon rolls, is due to open soon in the Georgia Heights building at Hull and Broad streets. Barberitos will open another location on Highway 29 near Athens Tech, and Hungry Howie’s, a pizza franchise focusing on flavored crusts, will open on Baxter Street by Wingster.

Siri Thai is tweaking its original location in the Bottleworks to more of a quick-service model but hasn’t implemented the changes yet, and The Pine in Five Points is adding a bar underneath its space, to be called The Root and open this month. Finally, Shae and Ryan Sims (both ex-Five & Ten, individually ex-a bunch more places) will open Donna Chang’s, making gourmet versions of Americanized Chinese food, in the Henrietta building this fall, adding an exciting option to Five Points.

For regular updates on food goings-on, check in with the Grub Notes blog, and be sure to pick up a shiny new Flagpole Guide to Athens for a comprehensive overview of what and where to eat.