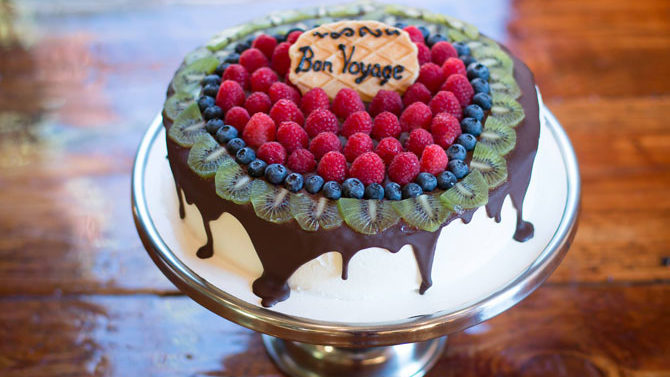 The summer of 2015 felt like a less eventful one on the restaurant scene than many in recent memory. Closings were fairly few. So were openings.

One of the nicer details of the summer was that three Athens-area eateries came back from the dead. Bill’s Bar-B-Que, which had been in operation for years out in Hull and closed at the end of 2013, found new ownership and reopened, changing virtually nothing, which is just how its loyal fans like it. Journey Juice, which had closed at the end of March, reopened in June in its same location on Prince, also under a new owner but with little difference in its operations. And Farm Cart, which had been away from the mobile eatery scene in Athens for a couple of years, returned triumphantly to Athens Farmers Market, doing breakfast on Saturday mornings and dinner eats at the Wednesday afternoon/evening version of the market.

Niece’s Soul Food Cafe opened out on the Eastside, in the African/Asian/Jamaican market on Gaines School, serving tasty country eats in unpretentious surroundings. Mannaweenta Ethiopian, which has been operating a booth at the West Broad Farmers Market for a while, was just about ready to open in a brick-and-mortar location, also on the Eastside, next to the Omni. The West Broad market also got a new vendor, Abrahim’s Parlor, which makes tasty Trinidadian eats like doubles (a sandwich made with two fried pieces of flatbread filled with curried vegetables or legumes), mango drink, roti (a different kind of flatbread that more resembles a pancake) and magical potatoes. If you haven’t tried it, Abrahim’s is offering free doubles Saturday, Aug. 22 to anyone who brings plastic bags for recycling or (should you be so virtuous that you have no bags) nonperishable food.

Jennings Mill Drug Company actually opened its lunch counter before the summer, but it’s hidden away out in the Epps Bridge Parkway area, and you wouldn’t find it unless you happened to be looking for it. It’s a fine addition to Athens’ drugstore lunch options. Phickles Phun Foods, on Baxter, serves as a retail point for locally made Phickles Pickles but also sells other snacks, including a great spicy pimento cheese and a housemade chicken salad.

Both the Carmike movie theatre on Lexington and Beechwood Cinemas renovated and added full-service restaurants. Sweetie Pie by Savie opened in the former Rooter’s on Whitehall Road, a bakery from Savie Arnold doing custom cakes and sweets (to meet all dietary restrictions or creative visions) but also pouring coffee and making danishes and other breakfast stuffs to-go. Heirloom Cafe hired a new chef, Joel Penn, formerly of The National, who has been doing some good things with its menu, and The Pine, in Five Points, hired Jarad Blanton away from The World Famous, also improving its offerings.

Downtown, Eddie’s Calzones opened on Clayton Street, offering late-night delivery or pick-up of a million different kinds of calzones and Ben & Jerry’s pints, but will soon have competition in D.P. Dough, a larger franchise doing essentially the same thing, in the Georgia Heights building. Zaxby’s began work on the former George Dean’s space, looking to open soon; Wing Zone expanded into the West Washington Street parking deck/mixed-use building; and Taqueria Tsunami announced a second Athens-area location, in the former Herschel’s, on East Clayton. The Rook and Pawn, a board game cafe with a huge library of games and eats to keep you fueled for the competition, opened by Ted’s Most Best, on West Washington downtown, and Trappeze, nearby, renovated its interior. Eat Hibachi, on Broad, which once upon a time had a nice array of Korean dishes, closed up shop, as did Stevi B’s, Charlie Noble’s and Joey’s Dine-In and Take-Out.

Over on Baxter, Domino’s shifted across the street, into what had been Groucho’s, getting even closer to its pizza buddies Papa John’s and Pizza Hut and leaving its former strip location two-thirds empty. Mr. Mr. Cafe, serving coffee and bubble tea, opened nearby, on the ground floor of The Overlook condo building. J’s Bottle Shop, on Prince, shifted its convenience store into a new building and dramatically expanded its space for beer, wine and liquor.

Still on the horizon are locations of Fazoli’s and Bone Island Grillhouse, both franchises, due to open in the Epps Bridge corridor. Mediterranean Grill, which has Marietta, Decatur and Midtown Atlanta locations, is moving into the former YoBo Cantina space on Lumpkin, just down from Five Points, and will serve standards like gyros, tabbouleh, baba ghanouj and more. Saucehouse, the BBQ behemoth on West Broad, near Milledge, will open on Tuesday, Aug. 25, with breakfast, lunch, dinner and a bar until 2 a.m. And Liberty, a bar from local entrepreneur Matt Downes, will open in the former Locos on South Harris Street.