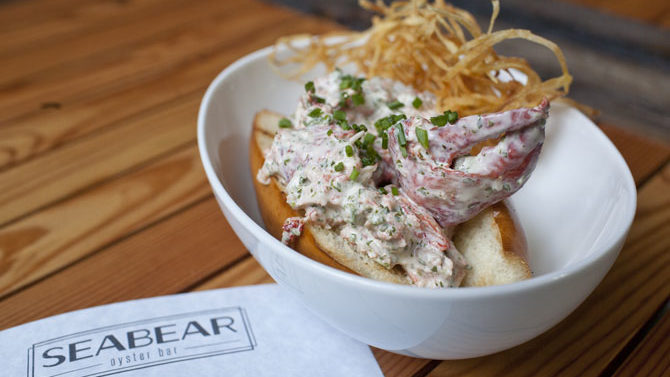 The key to succeeding in the restaurant industry in Athens is this: Make it through the summer. It’s not just that the students go out of town and you can park anywhere you like (provided the Methodists’ conference isn’t going on). It’s that, given student absence, the tendency of faculty to go on long trips abroad and the fact that almost everyone else squeezes in a vacation between May and August, there isn’t a lot of business to go around. On the bright side, that quiet atmosphere lets businesses open before football season kicks in, giving them time to iron things out and make last-minute tweaks in a less high-pressure environment.

Also, Dexter Weaver didn’t even threaten to close this summer. Here’s what did happen:

Most of what opened was original, not franchise, although Taziki’s Mediterranean Cafe (fast-casual Mediterranean) graced one of the Prince-side spaces in the Bottleworks with its presence, attracting sizable crowds through the smart device of handing out free samples on the street. Di’Lishi Frozen Yogurt Bar opened in the new Epps Bridge shopping center, meaning Taqueria Tsunami is no longer the only place to get any sustenance should you be out there. They’re both about to be joined by two more chains: Cheddar’s Casual Cafe (a kind of Applebee’s-type family restaurant with big portions and a giant menu) and Freddy’s Frozen Custard and Steakburgers (more like a Steak & Shake).

The Eastside got its own Bojangles, just about across from Lowe’s on Lexington Road, but also, in much more exciting news, Bruno Rubio’s La Puerta del Sol finally, finally, finally opened, on Cedar Shoals Drive, in the former Cofer’s. The project may have taken something on the order of a generation to complete, but the results are spectacular. Lunch is basically the menu from Cali N Tito’s, but dinner options expand considerably, and there’s tons to look at and do in the huge space (to give you an idea of its dimensions, it would be fairly easy to miss the small plane hanging from the ceiling).

Also eagerly anticipated and now open are Iron Factory, the Korean BBQ place in the former Farm 255 from the folks behind Shokitini, which features domed cooktops on each table for you to cook your own proteins or watch your attendant do so, and Seabear Oyster Bar, serving oceanic animals raw and cooked plus grown-up slushies from a corner space in the Bottleworks. The westside version of Transmetropolitan, on Oglethorpe, reopened as a franchise essentially unchanged from what it was before, but should be getting some competition from Bain Mattox’s upcoming Automatic Pizza in nearby Normaltown (provided Mattox succeeds in his attempt to get a variance so he can serve beer and wine).

Quietly changing hands was one of downtown’s loveliest and most under-visited locations, the restaurant space in The Georgian, at the corner of Jackson and Washington streets. Previously occupied by The Capital Room, it was bought by the team behind Highwire Lounge and Trappeze Pub and reopened speedily as South Kitchen + Bar, a showcase for former Trappeze chef Chris Benson’s high-powered flavors. Happy hour offers especially good deals on drinks (the cocktail menu is smart and focused) and small plates, plus lunch has just been instituted.

Also changing hands was The Granary in Watkinsville, a small, whole-grains-focused bakery that Kirsten Bradford, who previously worked in pastry at The National, bought and renamed Kiki’s Bakeshop. Bradford is continuing to offer breads and sweets but has also expanded the offerings to include lunchier things. Rashe’s Cuisine, which does a small menu of Jamaican specialties (oxtail, ribs, jerk chicken, patties) also available at the West Broad Farmers Market on a regular basis, opened a restaurant proper on Tallassee Road at Mitchell Bridge, with space for live music and private parties. And the folks who own Junkyard Dawgs, the place on Commerce Road with the giant hot dog sign, expanded into BBQ with The Bunkhouse at the J & J Flea Market on weekends.

Most of the places that closed over the summer have been or are due to be replaced shortly by other eateries, as with Hubee D’s on Lumpkin, which actually shuttered in the spring but recently became the second branch of YoBo Cantina Fresca, a health-oriented Latin quick-service restaurant out of Charleston. Aromas, also in Five Points, closed down, too, but is mere days from reopening under the same ownership as The Pine, with chef Jackie Burton making full use of a big, fancy brick oven. Like its predecessor and due to its ties to Five Points Bottle Shop, the restaurant will have a serious bar, this time focused on American craft producers.

Also closing were Mirko Pasta’s Eastside branch, in the Ansonborough mixed-use development; Sweet Peppers Deli downtown, due to the sale of its building (other tenants are remaining put) and potentially looking for a new location; and Four Brothers Sports Tavern on Mitchell Bridge Road.

Down the line (some sooner, some later) are: Preserve (three meals a day in the bitty Broad Street Coffee Space at Hancock), Charlie Noble’s (from the George’s Lowcountry Table team, in Ansonborough), Saucehouse (the first location of a planned BBQ franchise, building on the Peaches lot near Milledge and Broad), a new restaurant from Mama’s Boy in the 909 Broad building downtown, Sister Louisa’s Church (a bar from Atlanta’s Grant Henry, next door to Agora), Condor Chocolates (bean-to-bar sweets from Peter and Nick Dale, in Five Points) and locations of Denny’s and Arden’s Garden.

You also have a few more months of farmers markets, with the Athens Farmers Market having instituted both a loyalty program (check in to get $5 to spend) and a shiny, pretty magazine called Crop Stories that focuses on farmers and recipes featuring a specific ingredient. The first issue was all about blueberries, and the next, due late October, will tell you how to use winter squash and where it comes from.

To keep up with food news all over the Athens area, follow the Grub Notes blog, and don’t forget to grab a fresh copy of the Flagpole Guide to Athens, with all-new restaurant blurbs that tell you where and what to eat.