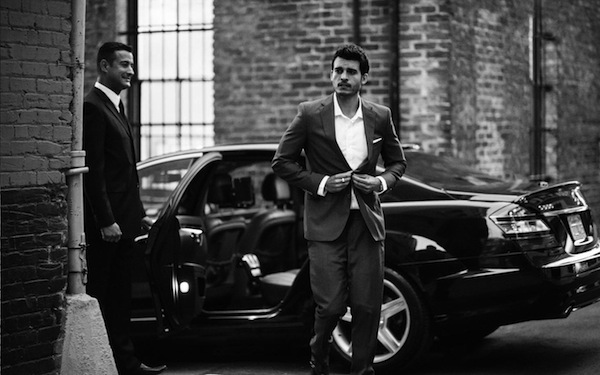 Replace the late-model Mercedes with a 30-year-old Volvo wagon, and this is what Uber in Athens might look like.

No more stumbling back to the house or throwing up in the back of a van! Finally, rich, drunk college students will be able to get home in style.

It’s not clear if the controversial ride-sharing service Uber is operating in Athens yet, but the company appears to be at least looking for drivers.

While the company says it is not a taxi service, it operates much like a taxi. Users download an app that they use to call for a car (driven by an independent contractor) to come pick them up. Unlike a taxi, however, the price per mile is variable—it goes up when demand is high, like during a big storm or, theoretically, after a UGA football game.

Also unlike taxis, Uber and similar services like SideCar and Lyft generally are not regulated by the government. That puts them in conflict with taxi companies, which are required to hold permits, put drivers through background checks, buy insurance, undergo inspections, keep dispatch logs and openly display their fares. (Uber argues that it’s simply facilitating a transaction between two private individuals.)

It could be a useful service, especially after the bars close, when the local taxi system is overwhelmed. Or it could put taxis out of business, which could strand car-less Athenians, since local taxi companies are required to operate 24-7 and Uber isn’t.

McDuffie didn’t have any more information about Uber’s foray into Athens, but I’ve asked the company for comment.

UPDATE: An Uber representative quickly responded, “We’re actually not operating in Athens… Though, we have seen a lot of interest from residents and visitors in the area looking for improved transportation options and safe, reliable ways to get around town, as well as from drivers hoping to partner with Uber to start their own business and make a living. We’re excited about the possibility and will certainly keep you posted on any new developments.”

What’s Going to Happen to All that Money We Gave to Rebuild the Georgia Theatre?