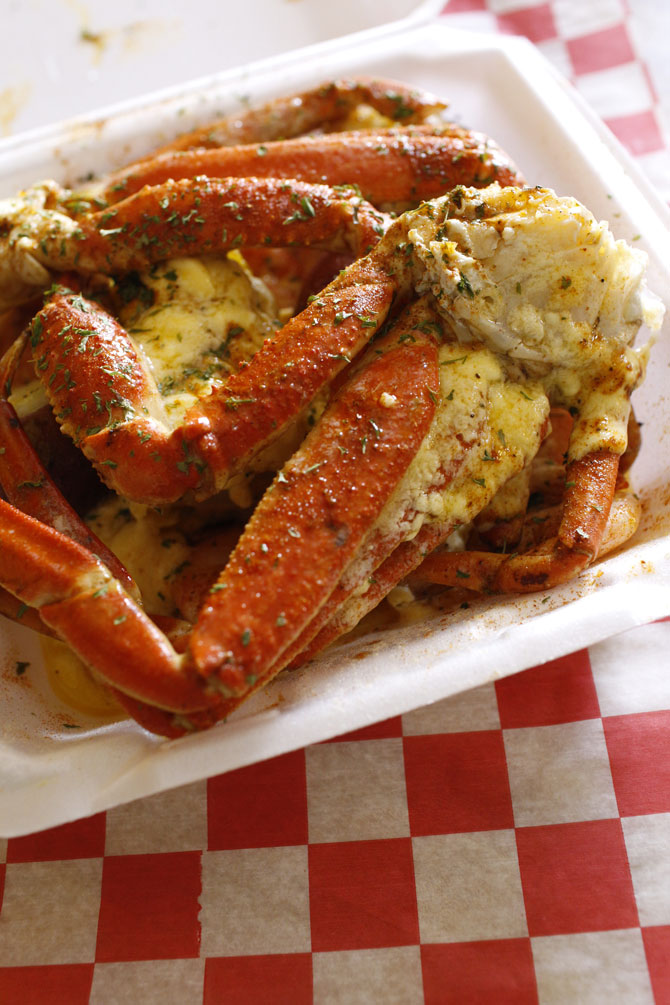 FUSION: When you walk in the door of what seems to be an Italian restaurant in a small shopping center in Watkinsville, you may be a little confused to hear the Gipsy Kings’ cover of “Volare.” As it turns out, that choice makes a lot of sense, for Bella Noche (2061 Hog Mountain Road, 706-310-4414) deals in a combination of Italian and Latin American cuisines.

Replacing the former and much-loved Piccolo’s, next to Bell’s and across the parking lot from a Jazzercize location that’s still in business, it hasn’t changed the atmosphere a whole lot. Things are perhaps quieter than they used to be, but the tall, dark wood booths remain, and much of the menu is similar.

A whole host of pasta dishes and Italian classics offer much that is familiar, but among the sides that come with many entrees are fried yuca, tostones and maduros (plantains both savory and sweet), and you can get a horchata to drink as easily as a Montepulciano d’Abruzzo. Some of the menu descriptions could use a little more upsell. Arancini (fried stuffed rice balls) are pretty tasty, but their characterization as “served in a pool of pink meat ragu sauce” isn’t going to win them a lot of positive attention.

Ignore the lack of marketing and order away because the food is, on the whole, rather good. Bella Noche isn’t exactly fancy, despite its heavily curlicued sign, but it’s a decent bet for a casual date night, and you can certainly get a nice meal. Complimentary bread service feels like a luxury these days, and you will get a basket of hot rolls, plus olive oil and balsamic vinegar for dipping, delivered to your table speedily. Lunch specials during the week are a good deal, with a large plate of pasta and your choice of sauce for $8, including a cup of soup or a side salad.

The preparations here may remind you of Mirko Pasta, where co-owners Jose Pascual and Abel Avellaneda met, and they have a similar freshness and simplicity. The checca sauce (uncooked tomatoes, mozzarella, basil) is bright and clean. The carbonara is made with green peas, in a more Americanized style, but it’s neither heavy nor bland, two frequent pitfalls with the dish, which is almost impossible to mass produce. And even a basic marinara sauce is straightforward and well-executed, not sugary. Those who want whole-wheat or gluten-free pasta have the option.

If you don’t want pasta at all, there is a large section of entrees that don’t involve it, most of which are very well priced. Chicken marsala is an Italian-American classic, and $12 gets you a large plate of it, plus mixed roasted vegetables (which are considerably better than one would expect, not just a sad pile of second-tier produce like zucchini) and a side. Cannelloni alambres is one of the rare dishes on the menu that fuses Latin and Italian cuisines, with a preparation from the latter but ingredients (tortilla, beef, green peppers, pineapples, cheese topping) from the former. Both the yuca and the maduros are well-prepared and work as sides even with the Italian dishes.

Service can be a little relaxed at times, especially when the restaurant doesn’t seem busy and you wonder for some time where your waitress has gone, but it’s never less than friendly. Bella Noche is open for lunch and dinner every day, serves wine, has gelato for dessert and runs one special or another (e.g., kids eat free on Tuesday) every night of the week.

MOVING: Lighthouse Seafood used to be in the shopping center at 50 Gaines School Road, where it steamed delicious fish, shrimp, crab and lobster to order as well as retailing fresh seafood to take home and cook. Then it moved out to Statham, to expand its offerings. Now, as of a few months ago, it’s back in Athens, at 585 Vine St., next to Flanigan’s Portrait Studio in the Triangle.

The menu hasn’t changed a ton, but unlike its erstwhile Eastside location, the new one has a fryer, so you can get fried fish, shrimp and hot wings as well as the healthier stuff. Most of the business is to-go, and the surroundings are fairly spartan, but there are some booths, as well as a vintage snow-cone maker that the owner says works when it’s plugged in.

The food is as good as ever, down to the tasty potatoes nestled in a ton of garlic butter you’ll find in the hefty Styrofoam container that holds the lowcountry combination of shrimp and crab legs. The fried fish is a good addition, whether tilapia, catfish, mullet or flounder, although not everything is available every day. The wings could hardly be fresher, weighed out raw from the refrigerated case before being fried and sauced, and the hushpuppies are studded with corn.