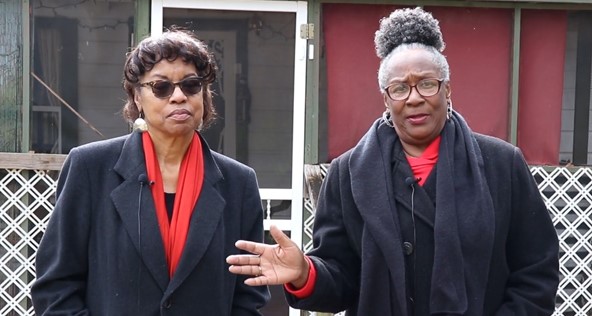 Mayor Kelly Girtz issued a proclamation of recognition and “deep and sincere… apology” on Tuesday for Athenians displaced during the “urban renewal” period of the 1960s.

Specifically, Girtz apologized for the creation of two urban renewal districts, one centered on Baxter Street and the other on College Avenue, which displaced hundreds of Black Athenians and resulted in the “loss of generational wealth” and community disruption.

Girtz said he was urged to issue this statement by Hattie Whitehead, a former resident of Linnentown who was displaced when her neighborhood was destroyed to make way for the UGA dorms on Baxter Street.

Whitehead, together with Geneva Johnson and other former residents of Linnentown, have been pushing for recognition of the wrong done to them for years. This effort has culminated in the Linnentown Resolution which will come before the commission for a vote on Feb. 16.

The current proclamation is a general apology for urban renewal across Athens to go along with the Linnentown Resolution, which focuses on one neighborhood specifically.

It also includes a promise that the current redevelopment of Bethel Midtown Village and the surrounding area, called the North Downtown Athens Project, will not permanently displace any current residents. Bethel, a housing project for low-income residents, was built as part of urban renewal, replacing a Black neighborhood called The Bottom.

A version of this article originally appeared on Athens Politics Nerd.