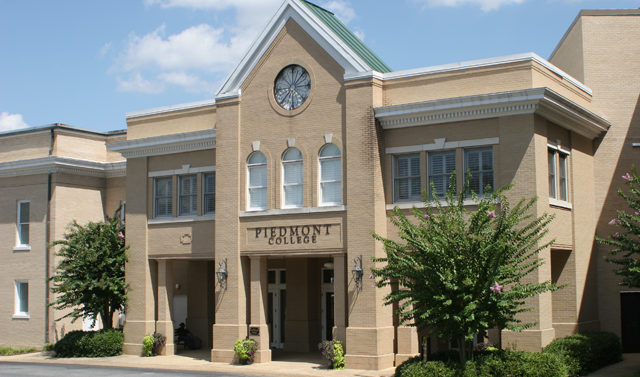 The Board of Education voted 7–1 Thursday night to approve a lease/purchase agreement with Piedmont. The contract calls for CCSD to pay $50,000 a month rent, with an option to buy the property for $8.2 million.

“This is a really good situation for us compared to the last one we were looking at,” said board member John Knox. “We’re getting twice the space for almost a million dollars less.”

CCSD has been searching for a new central office since 2016, when it sold its headquarters on Mitchell Bridge Road. Administrators moved into cramped temporary quarters at the H.T. Edwards complex and the Whitehead Road Elementary annex. Superintendent Demond Means—now on administrative leave—nixed his predecessor Philip Lanoue’s proposal to move district offices to the old West Broad School. Then the school board shot down Means’ plan to buy and renovate a Milledge Avenue building for $11 million.

Interim superintendent Xernona Thomas said that administrators are already in the process of moving their offices to the old Gaines School to clear out space for expanding the Career Academy—housed in the same building at H.T. Edwards—which is seeing an influx of students and is bursting at the seams.

“This will allow us to be housed together again relatively soon,” she said.

Lease payments and renovation costs for the Piedmont campus will come from the $2.8 million sale of the Mitchell Bridge property, according to CCSD communications manager Beth Moore. Funding to buy the campus could come from the current round of ESPLOST, depending on how much is collected, or be placed on the list for the next round that will be up for a vote in 2021. The general fund will not be affected. Nor will other ESPLOST projects be impacted, according to Thomas.

Board member Tawana Mattox voted against approving the contract. President LaKeisha Gantt abstained because she is employed by Piedmont College.

Piedmont is selling the property because many of the 500 students at its Athens campus are working adults, and the college has transitioned to online and hybrid courses to meet their needs, meaning it only requires about half the classroom space it did a decade ago.

“Since we opened our first campus in the area nearly 25 years ago, Piedmont College has been committed to the Athens-Clarke County community. And we’ll be here for another 25 years,” Piedmont President James F. Mellichamp said in a news release. “However, the demands of our students are changing and investing in a different facility will give us greater flexibility to meet these demands.”

The move is expected to happen in January—coinciding with the growing college changing its name to Piedmont University. Piedmont has not said where downtown it will be moving to.

Piedmont purchased the former Prince Avenue Baptist Church in 2007, when the church moved to a new location in Oconee County.