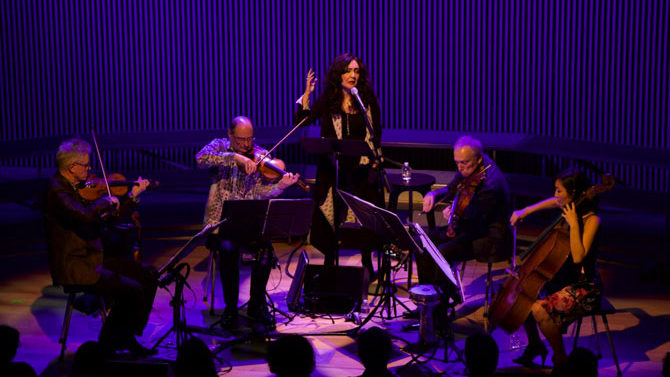 Started by violinist David Harrington in 1973, Kronos Quartet has enlisted a rotating cast of string musicians throughout its 46-year existence, with Harrington its guiding light. Defying the concept of classical music as cold and inaccessible, the quartet, which has been praised for its inclusivity and reach, has collaborated with minimalist masters Terry Riley and Phillip Glass and paid tribute to pop godheads Hendrix and Dylan. Its chilling Requiem for a Dream score stands as a modern classic. At the Performing Arts Center, Kronos Quartet will be joined by Iranian singer Mahsa Vahdat “for a genre-blending concert… inspired by artists such as John Coltrane, Mahalia Jackson and the Persian poet Rumi,” according to a release.