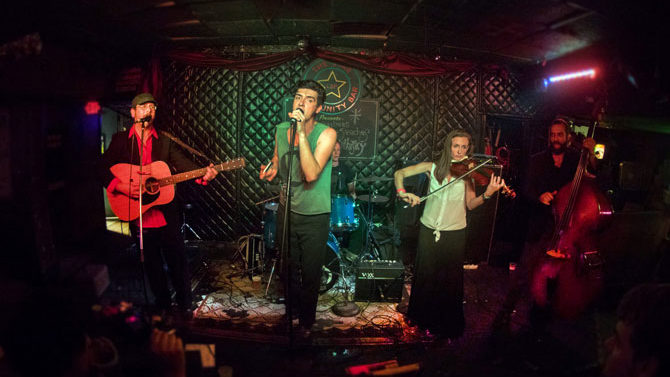 A staple on Atlanta’s Americana landscape, I Want Whisky first emerged from that city’s booze-stained basement-show scene in the middle part of the 2000s. After releasing a debut 7-inch in 2011, the group, which neatly combines punk, country and bluegrass with an unmistakably Southern zeal, assembled a sprawling compilation of bootleg cuts, Live, Rare, and Unreleased: 2006–2010, which it dropped in 2016. A first proper full-length, From the Barrel, was finally unveiled in November. The band, led by vocalist Cullen “Georgia Slim” Brown, plays Flicker on Saturday with support from local blues singer and guitarist Austin Darnell, of The Darnell Boys fame.