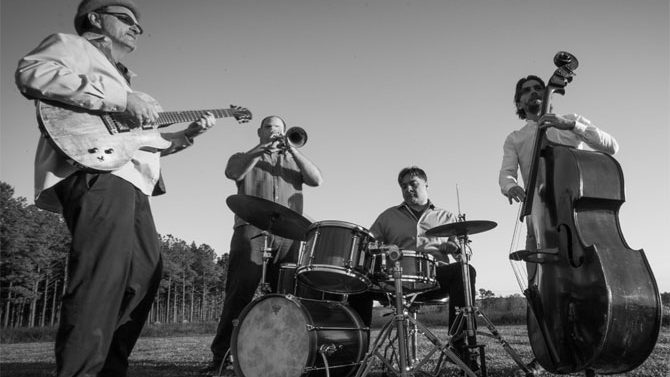 Drummer Louis Romanos relocated to Athens from New Orleans following Hurricane Katrina, and has since become one of the most highly regarded local jazz musicians, seeing the scene through various highs and lows. But though he’s based here in town, Romanos is a born wanderer who spends much of his time on the road, performing with his talented quartet—of which there’s a European and an American version—and leading clinics both stateside and abroad. The local Louis Romanos Quartet celebrates the release of its second album, the Latin-influenced Serenity—the follow-up to 2015’s Take Me There—with a show Saturday evening at the Unitarian church on Timothy Road.