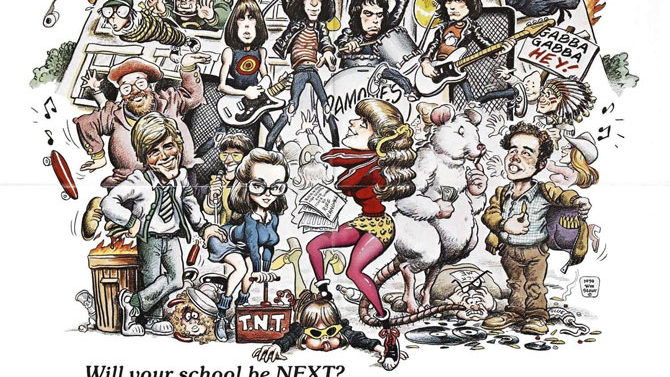 New York-based Cinema Under the Influence, which pairs screenings of classic films with craft beer, presents its second Athens event Monday at Creature Comforts’ headquarters. The evening kicks off at 7 p.m., when attendees can sample the brewery’s offerings, including the new Athena Paradiso with passionfruit and guava. Then, kick back and watch Rock ’n’ Roll High School, the Roger Corman-produced 1979 musical about and starring The Ramones, who help a group of disaffected youngsters take their school back from the powers that be. The Nuçi’s Space’s Camp Amped Band will perform after the film. Advance tickets include two entries for a raffle that includes prizes from Low Yo Yo Stuff, the 40 Watt and other local businesses.