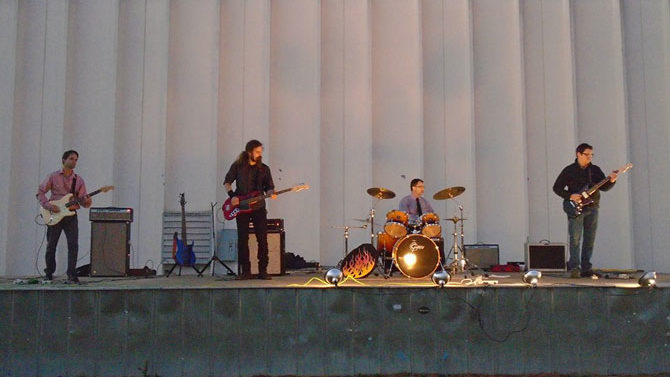 Surf-rock is experiencing a resurgence in Athens. A handful of surf-inspired groups have surprisingly sprouted up over the past few years, each drawing from genre forebears like The Ventures but putting its own mark on the sound: Check the psychedelic space-surf collective Outer Sea or the punk-leaning Flamethrowers Surf Band for two distinct examples. The first local Southern Surf Stomp, Saturday at Little Kings, will feature five local groups, including the aforementioned Flamethrowers, as well as The Cryptides, Kinky Waikiki, Revenge Beach and Vacations, as well as Atlanta outfit The Mystery Men?. DJs Nate from Wuxtry and Kurt Wood will spin between bands.