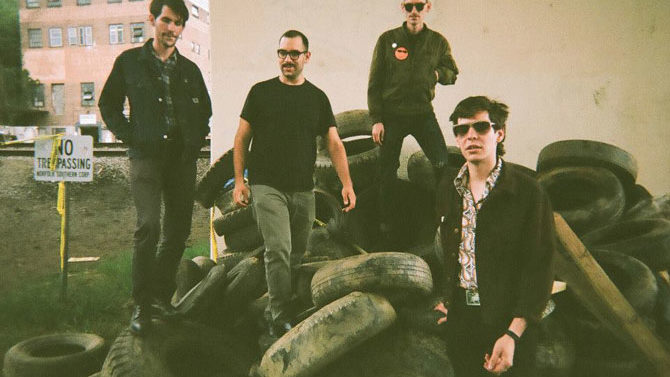 Local trio Shade has made serious strides since its early, half-baked bass-drums-and-noodly-guitar outings, pumping up the volume to 11 and unleashing a beast of a record in Pipe Dream. Florida-born, Rhode Island-based five-piece The Ukiah Drag crafts the sort of nasty, downtuned freak-rock you’d expect to hear oozing from broken speakers in a backwater truck-stop bathroom. And let’s talk about Pinecones for a second. The Athens/Atlanta four-piece snuck up on the scene in February with Plays Cosmic Hits, a riff-heavy (and uncharacteristically clean) recording pulled from a WUOG “Live in the Lobby” set and released on local imprint Southern Vision via cassette and is currently in the studio working on a proper debut. The group’s raspy, repetitious rock and roll culls from Lungfish, Wire and The Ex but feels exhilaratingly fresh—maybe because those sorts of no-nonsense, guitar-centric bands haven’t been culled from in a while.