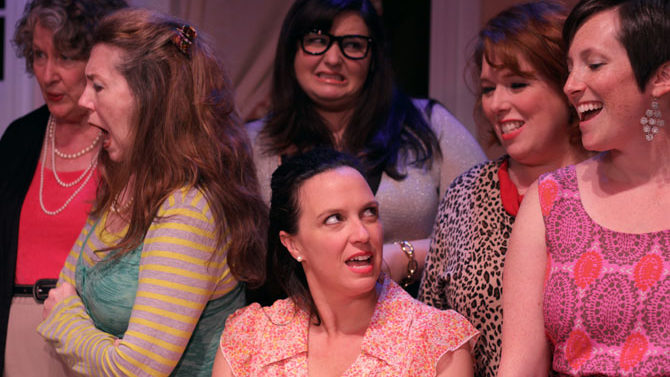 Town & Gown Players’ newest production is Steel Magnolias, the popular comedy-drama following the friendships of six women living in northwest Louisiana who, despite their underlying hardships, find humor and solace within the walls of Truvy’s Beauty Shop. Directed by Cameron Logan, the play was written by Robert Harling as a tribute to his sister, who died from complications of type 1 diabetes. The show opened off-Broadway in 1987 and on Broadway in 2005, with a movie version appearing in ’87. T&G’s all-female cast of characters—delicate as magnolias yet tough as steel—includes Gay Griggs McCommons as Clairee, Janet Gilling Robertson as Ouiser, Bryn Meredith Adamson as M’Lynn, Gillianne Gentzel as Annelle, Greer Caldwell as Shelby and Cher Ross Schmidt as Truvy. Shows on Thursday through Saturday begin at 8 p.m. Sunday shows begin at 2 p.m. Tickets are between $8 and $15.