An Apology to Elephants 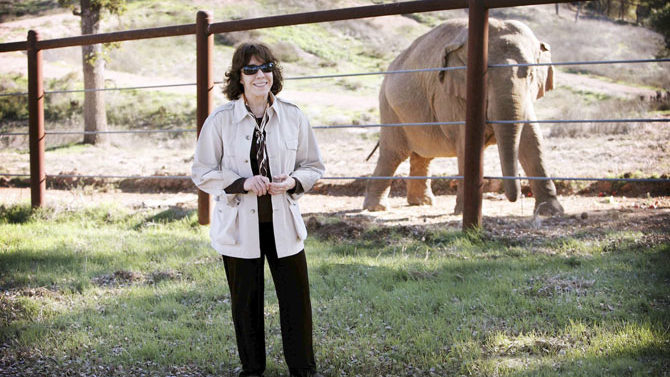 Elephants have been adored for centuries, even revered as gods, yet have also been treated with cruelty by humans. For the final installment of the ninth annual Animal Voices Film Festival, Speak Out for Species presents a screening of An Apology to Elephants, a 2013 documentary that explores the physical abuse and psychological trauma often endured by these gentle giants held in inadequate living conditions by circuses and zoos. Through Emmy Award-winning narration by Lily Tomlin and interviews with environmental activists and biologists, the doc juxtaposes scenes from nature with behind-the-scenes footage of brutal training routines. The film will be followed with a discussion led by Dr. Janet Martin, who currently directs the developing Shelter Medicine Program at UGA’s College of Veterinary Medicine. Previously, Martin spent a decade as a zoo veterinarian in Providence, RI, where she cared for a trio of African elephants. This free event begins at 7:30 p.m.