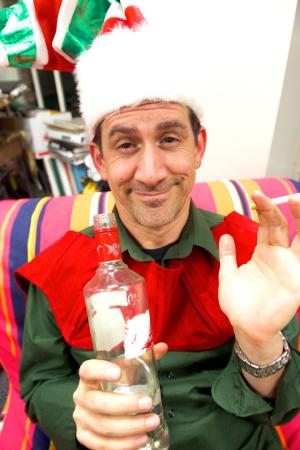 Long before David Sedaris became the Grammy Award-nominated humorist and best-selling author that he is today, he was Crumpet the Elf at a Macy’s department store during the holiday crunch. In “Santaland Diaries,” Sedaris delivers a thorny, often self-deprecating account of the humiliating, embittering work Santa’s little helpers endure during retail hell. Sedaris first read his humorous, cynical essay on NPR’s “Morning Edition” in 1992, and an extended version was later aired on PRI’s “This American Life” in ‘96. The story has become a radio holiday tradition, and the one-man, one-act play adaptation written by director Joe Mantello, presented by Rose of Athens Theatre and starring actor T. Anthony Marotta will offer listeners a visual presentation of this interesting slice of life. Performances start at 7 p.m. and tickets are $16.