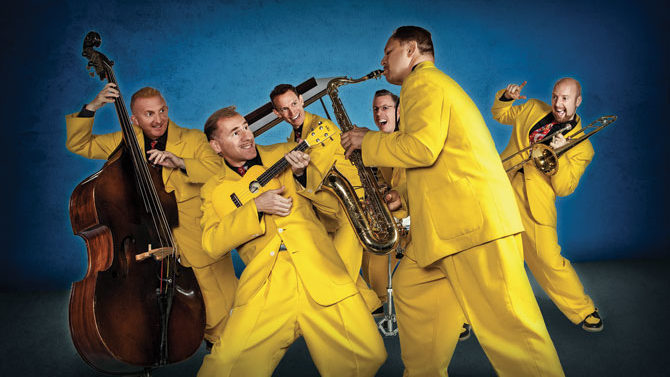 After performing at the London Summer Olympics as well as Queen Elizabeth’s Diamond Jubilee, the Jive Aces finally arrive to our very own town. This six-piece jive and swing band formed in 1989, but didn’t rise to fame until it became the first band to reach the semi-finals on “Britain’s Got Talent” in 2012. The group also released an album last year titled King of the Swingers: A Salute to Louis Prima, spotlighting vocals by Prima’s daughter, Toni. The Aces play common swing band instruments but also perform with the washboard, kazoo, spoons and vuvuzela. For their Athens debut, they will be joined by the UGA Ballroom Dance Performance Group, who will accompany the swing music with some jazzy moves of their own. The band’s new album, Christmas is Where You Are, will be released on the same day as their Athens show. The performance begins at 8 p.m. Tickets are $35–40.