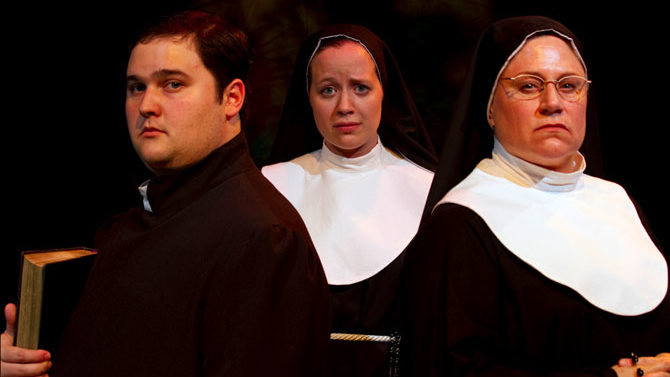 Doubt often implies weakness, but it can also serve as a necessary step to personal growth. The UGA Theatre opens its 81st season with John Patrick Shanley’s Doubt: A Parable, winner of the 2005 Pulitzer Prize for drama and Tony Award for best play. Directed by Ray Paolino, the play takes a critical look into 1964 Catholic church reform and a scandal at St. Nicolas Catholic Church and School in the Bronx borough of New York City. When Sister Aloysius (Kristin Kundert-Gibbs) becomes suspicious that Father Flynn (Zack Byrd) has had improper relations with an African-American male student, she must use extreme tactics to prove her accusations and reveal the truth. A panel discussion will follow the Sept. 24 performance. Performances on Sept. 19–20 and 24–27 begin at 8 p.m. Sunday performances on Sept. 22 and 29 begin at 2:30 p.m. This event is $16 or $12 with a UGA ID.