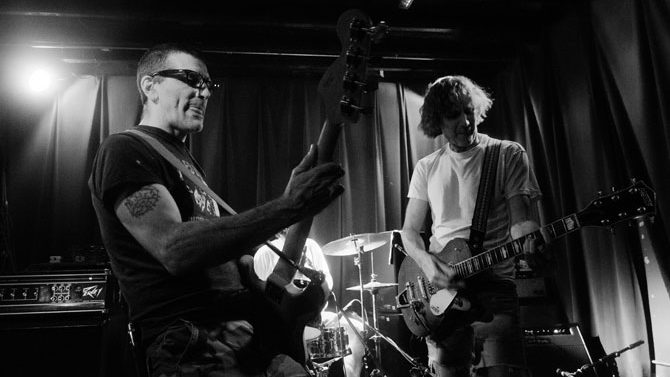 It’s been a few months since the Honey Sliders started taking their rumbly, four-chord rock and roll to the local stage. And once they arrived, no one could get them off. But if you haven’t caught the band yet, act now, Athens: member Steve Hunter says, “We don’t have anything else booked right now. It may be as long as a couple of months before we play again.” With the addition of new drummer Ivey Hughes  (Futurebirds, Tia Madre) and keyboardist John Watkins (Dead Confederate), the former trio is now a five-piece. Raised on rock, steeped in the underground and served in a dirty glass, the Honey Sliders recall that wonderful era of Athens music when the best bands didn’t deny their roots, but took those elements and made them over in their own image.