Even More Beer News (and Baseball!) 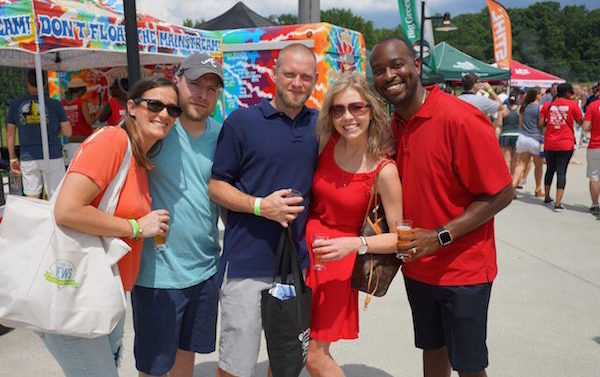 “Yes, the Braves are terrible, but at least we’re drunk.”

It’s Athens Beer Week, and there’s even more going on than we could cram into this rather lengthy roundup of local beer news.

In addition to Terrapin’s 15th anniversary event Saturday, Creature Comforts will celebrate its third anniversary Apr. 22 and 23, and tickets go on sale tomorrow (there are two levels, $30 and $40). The tour entitles you to 36 ounces of beer samples, and you can choose from among a list of 30.

The brewery also hosts the Athens Farmers Market on Wednesday afternoons, and it is introducing a series of beers that will only be available at the market. The first, released Apr. 5, was a grisette brewed with purple carrots from Sundance Farms and daikon radishes from Hickory Hill Farm (which sounds kind of gross but I’m sure was actually delicious).

A little further down the road in Lawrenceville, Coolray Field (home of the Braves’ AAA team) is hosting the 3rd annual Gwinnett Beer Fest, featuring unlimited samples of more than 150 craft beers, live music, food and games. Tickets can be found here and are $40 for general admission or $110 for the VIP package, but will start rising in price Apr. 15.