Here Are the Five Bulldogs Drafted by the NFL 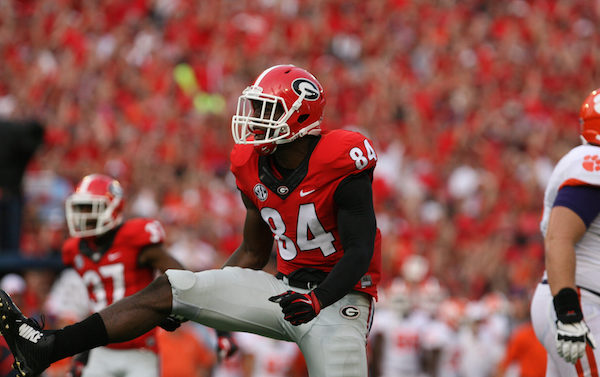 Georgia’s lackluster 2015 season wasn’t for lack of professional-level talent. Five former Bulldogs were taken in the NFL draft, which wrapped up on Saturday.

• Linebacker Jordan Jenkins was chosen 20th in the third round by the New York Jets.

• Receiver Malcolm Mitchell—who turned in a solid senior season after recovering from a torn ACL two years ago—was chosen 14th in the fourth round by the New England Patriots. (If he doesn’t make it in football, Mitchell has a career as a children’s author to fall back on.)

• Offensive tackle John Theus was chosen sixth in the fifth round by the San Francisco 49ers.

• In spite of an injury-plagued and disappointing college career, running back Keith Marshall proved himself healthy and was chosen 21st in the seventh round by the Washington Redskins.

Overall, it was a pretty good draft for Georgia. At least nobody did this.

Next year’s draft class is likely to be highlighted by star tailback Nick Chubb and Greyson Lambert, the consensus No. 1 GB on the board (lol).