Here Are the Winners of Flagpole‘s Scary Story Contest 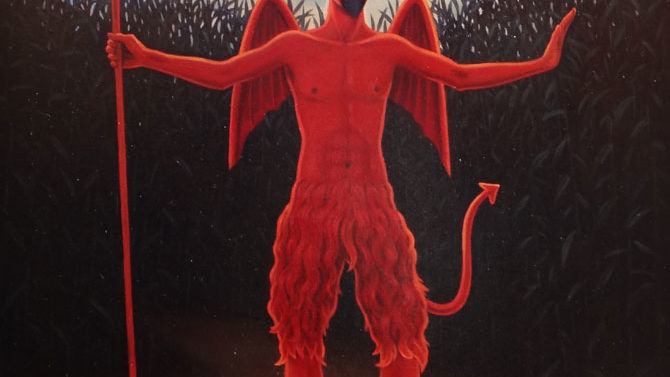 Once again, we put out a call for scary Halloween stories, and once again, our fearless readers came through with a whopping batch of spine-tingling short fiction—nearly three dozen entries in all. After much debate, the tales below topped the shared list of our thoroughly spooked editorial staff. (Though this year’s batch of winners may suggest otherwise, we promise: It is not a requirement that these stories mention Flagpole.) Read the rest of this year’s excellent submissions here, and join Flagpole and host Ming-Vase Dynasty at Hi-Lo Lounge on Monday, Oct. 30 to hear the winning stories read aloud.

Ignore Them
By Matt Humphrey

Most of the women in Mackenzie’s family were clairvoyant. She knew she had the gift from an early age, and she grew up understanding that the unexplained shadows, cold spots and spectral phenomena she perceived were manifestations of ghostly presences. Her grandmother, mother and aunts assured her that these spirits posed little threat to her, or to anyone else in the world of the living.

“Just ignore them and let them go about their business,” Grandma told her.

“What ‘business’ do ghosts have?” she inquired.

“Haunting places or objects or people they have a deep attachment to. If you didn’t know them during their lifetime, they have little reason to be concerned with you now. If you don’t bother them, they won’t bother you.”

That advice made sense to Mackenzie. She had no desire the pester the restless dead. As she matured, she became less frightened of them, and more sympathetic to the plight of the poor revenants whose lives were ended and yet remained in bondage to some artifact of their earthly existence.

Two ghosts in particular piqued her interest. One was a child, a little girl whose spirit she always sensed in front of the barn on her grandparents’ farm in Jackson County. Although the child’s presence was marked by a steep drop in the temperature, Mackenzie intuited a warm personality. The other was at her high school in Decatur, and she perceived this entity to be a teenage boy. He was full of passion and unrequited love, and his presence was so strong on the second floor near her homeroom that she felt romantic stirrings in her own heart when she encountered his spirit. She had to remind herself that his love had nothing to do with her, that this specter was oblivious to her existence.

When she arrived in Athens to attend the University of Georgia, she found the place infested with ghosts. Every corridor and classroom, every dorm, every carrel in the library, every peaceful nook in the Founders Garden, everywhere she went, the place was crawling with restless spirits. She did as she’d always done, as her grandmother had instructed, and ignored them, and they, in turn, ignored her.

She hadn’t taken it seriously when someone brought out the Ouija board at the sorority party. It was a parlor game, nothing more, or so she thought. But she saw the shadow in the corner of the room, felt the chill and the tingling, and she knew that as the girls called out to the spirits to answer them, one truly did. Her name was Margaret, and she’d died by her own hand in that house. Mackenzie was aware of her, and because she’d asked questions, her hand on the planchette, and invited a response, Margaret was aware of Mackenzie, aware that she could perceive her.

Margaret and the other spirits (oh, there were others!) in the house were drawn to Mackenzie like a magnet because of the board. Few of the ghosts were strong enough to produce a full apparition, but they did what they could to communicate with her. Mackenzie spent the entire semester attempting to ignore a legion of wraiths who were intent on holding her attention. Doors and windows were slammed at all hours, she was prodded and poked in her sleep, and she could hardly study when the spirits made the room frigid.

She decided to move out of the sorority house. She read in the Flagpole about some activists railing against a new real estate development. “Another soulless student-oriented high-rise!”

Soulless. Just what she needed.

The Devil and a Georgia Bulldogs Fan
By DJ Thomason

“This beer is really good,” the devil said as he sipped on the bottle of Creature Comforts beer.

“Thank you for showing up,” Adam said.

“You did a marvelous job calling me here. Was that the Goat Blood Beetle spell? It came in loud and clear. How did you find it?”

“Internet. I searched for ‘sell soul Satan summoning spell.’ It was by…”

“BadassDemonDude666,” the devil said, finishing the sentence for him. “He’s legit… one of ours.” He took a swig of beer. “So… you want to sell your soul to me. What do you want for it?”

“What are you offering?”

“Doesn’t work that way. You tell me what you need, and if I can do it, we’ll sign a pact and the deal is done.”

Adam sighed. “I want the Georgia Bulldogs to win the National Championship.”

Smiling, the devil said, “That’s a hard one. Most of my requests are less… involved.”

The devil laughed. “You’d be amazed at what people will trade their soul for. Yesterday, I got one for a pack of cigarettes. Not a very valuable soul, mind you, but definitely worth more than 20 cancer sticks.”

“What about mine? Is it a fair trade?”

The devil took a swig of beer. “Are you a virgin?”

The devil rolled his eyes. “Are you religious?”

“Only during football season. I pray every game.”

“Have you ever committed a felony?”

“That goes in your favor. You see, it’s all about goodness and innocence. You’re worth more because you’re not a bad person. If you were a virgin, you’d be worth a lot. Virtues add points, vices take them away.”

“I helped an old lady across a busy street yesterday.”

“Liar,” the devil said. “That goes against you.”

The devil cocked his head, thinking. “In the old days, I could probably trade one soul for a national championship.”

“Not anymore. Besides, the NCAAF national championship has already been bartered.”

Leaning back, Adam asked, “Who?”

The devil laughed. “Over 500 people offered their souls in exchange for Alabama winning the national title.”

The devil jerked backward as if struck a blow. “Easy there with the profanity.”

Taking a deep breath, Adam said, “Five hundred people sold their souls so that Alabama could win another national championship? Hell, they’ve got a ton of them already.”

“Not this year. Not unless you can beat the Alabama Soul Selection League. If I were you, I’d start signing up people for next year. Start a pledge drive. Recruit some virgins and padlock their rose gardens. Blackmail some preachers. Then call me next summer and see how things are playing out.”

“Give me one minute,” Adam said. He punched a number into his cell phone. “Flagpole? How much to run a full-page ad for a week? No, wait. How much to rent the entire magazine?”

It was a perfect autumn morning in Athens, blood-red sun rising over downtown’s widely debated skyline, a new student high-rise shooting up to the west, about as inconspicuous as a mausoleum in a body farm. Yeah, I read the Flagpole. In fact, in between the ads for goat yoga and dog parades, it’s how I got this job.

I twisted my key in the lock as the sun cast long shadows down Hancock. The place was quiet save the distant clicking of the brewery cat’s nails on cement as he ran to hide. He hated me. I understood why.

“It’s such a cool job!” my friends gushed. I finally had the credentials that would solidify me as a bona fide townie. I was Peter Pan and they were the Darling children, growing old despite themselves, more rapidly than anyone was prepared for.

“You gotta be my Tropicalia hookup, man,” my brother texted. “That shit is so rare here.”

“Australian hops,” I lied. “Hard to get enough supply 4 demand.”

I grabbed a black trash bag and my stun baton.

I heard it down the hall: A high, plaintive moan muffled by a stainless steel door. The kids on the canning line called it my “office.” So hilarious.

Antiheroes are trendy. I tell myself that when I can’t sleep at night, that I’m the cool Walter White type doing the wrong thing for the right reasons. But I’ve failed to convince myself of that 37 times. I opened the door.

I was hit twice, first by a blunt object and then by the smell. I cried out and aimlessly jabbed the baton forward, making contact with something that screamed like a rabbit who just met the fender of an F-150. I jabbed again and missed, but nothing else hit me. She didn’t get out, she just got smart. I flipped the light switch and industrial fluorescents flickered on at a Lynchian crawl. I looked down at what she had thrown. An egg. Her own fucking egg. It was cracked and an amniotic nightmare spilled out, a custom Pollock in Bulldog Red and Townie Teal. It reeked. The pained whining stopped and I looked up at her, a grotesque creature crouched behind bars, panting. She was bear-sized, hairless, baring more teeth than a fangtooth snake-eel and just as hideous. There were four more eggs, which I collected into my trash bag, holding out the stun gun which she cowered away from on instinct. Australia is home to some of the most dangerous animals in the world, but only one of them lays eggs that make your beer taste like God’s own piss. I turned to leave as she let out a whimper so soft I almost couldn’t hear it. Her eyes were on the trash bag.

I felt a pit in my stomach, my guts twisted up like a map gerrymandered all to hell. Yeah, I read the Flagpole. But sometimes I wish I hadn’t.