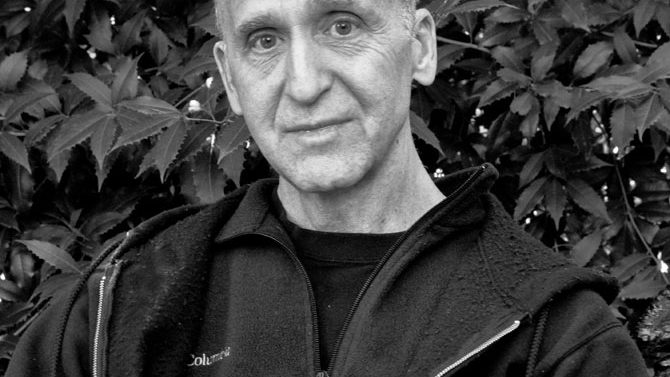 Tenderly personal yet immediately relatable, the sage poetry of local writer Bob Ambrose Jr. demonstrates a deep reverence for both the natural and spiritual worlds. His newly published collection of poems, Journey to Embarkation, gracefully navigates among life’s most blissful memories and challenging moments. Pulling inspiration from experiences throughout his 67 years, his poetry explores universal themes of loss, growth and remembrance.

“I have had a happy life, nurtured by a close family, a belief in the sciences and faith in a progressive, spiritual Christianity,” says Ambrose. “There is a sweet melancholy in the passage of time, but what remains is a basic faith in the goodness of life. I hope that both moods are captured in this book, and that readers will discover similar feelings in the details of their own lives.”

Though he enjoyed the works of classical poets such as Wordsworth, Frost and Yeats during his undergraduate studies, Ambrose’s personal venture into poetry came much later in life. From the time he entered graduate school to the time he retired from the Environmental Protection Agency in 2009, he led a busy life balancing his career, family and personal pursuits. It wasn’t until a life-changing event—the passing of his father, whom he had been taking care of in his home—when Ambrose, overcome by emotion, found his own voice as a poet.

“Two days later, while running in the early morning, verses about his life and death came pouring into my head, and I had to write,” says Ambrose. “A pastor friend, Wesley Stephens, read the resulting poem, ‘A Summer Morning’s Leave,’ at his memorial service. Later that summer, I started capturing thoughts and feelings in poetry and sharing with friends and family.”

Encouraged by a friend, Ambrose read some of his poems at Athens Word of Mouth, a monthly open-mic night at the Globe, for the first time in January 2011. It was here that he met the group’s late founder, Aralee Strange—to whom he dedicates one of his poems—along with a tight-knit community of unique voices who welcomed him in.

“I believe that monthly participation in spoken-word poetry at the Globe has helped me develop a more rhythmic and musical element to the poems in this book,” says Ambrose.

In addition to the open mic, the aspiring poet began attending weekly workshops at Donderos’ Kitchen, where fellow writers such as Mark Bromberg, David Noah and David Oates gather to critique each other’s pieces. Over the past three years of attending these meetings, Ambrose pulled together a manuscript that would later become published as his poetry book. Within this time, Ambrose also attended monthly poetry salons hosted by Michelle Castleberry, which further provided invaluable fellowship and feedback for sharpening his expressions.

Journey to Embarkation is divided into three sections, each reflecting on a different aspect of a life’s journey. Exploring the theme of departure, the first is a bittersweet collection of poems reminiscing on youthful memories and saying goodbye to loved ones. The section’s title poem, “A Farewell to Summer,” is a moving piece describing Ambrose’s mother’s final trip to the beach as she sets out to “go her way into autumn with the grace of summer, clutching lightly to the backs of tiny boys grown tall in the sunshine of her life.” Just as most adults must inevitably see their parents off to their final resting place, many must also relinquish control of the next generation as they leave the nest, a proud yet emotional moment relayed in “To Our Children Leaving Home.”

Ambrose’s two main chapters of work are separated by “To Cross the Northern Tier,” a series of five poems that illustrate the solo cross-country bicycle trek of his neighbor Carol Myers. From Anacortes, WA all the way to Orr’s Island, ME, Ambrose followed along online as his friend chronicled her daily experiences through a blog. Presented in her voice, the poems demonstrate the talent of an imaginative and deeply empathetic writer capable of channeling the perspectives of others.

The third and final section of Ambrose’s book travels around the world, preserving some of his strongest memories of people and places within its pages. The collection of poems serves as an international passport of sorts, marking the arrivals and departures between a handful of destinations. During his career with the EPA, Ambrose often shared lectures, short courses or peer reviews with colleagues in countries like Egypt, Turkey and China. Along with other members of the Athens First United Methodist Church, he also went on mission trips to Costa Rica to assist in building homes for Nicaraguan refugees. Personal trips led him to visit family in California, Massachusetts and Vermont.

The book takes its title from the final poem, which describes a midnight bus ride from Daejeon, South Korea, where Ambrose had been teaching, to the international airport in Incheon, where he would soon catch a flight out of the country. “That night journey in a ‘far country’ seemed like an apt metaphor for our lives,” he says. “Throughout our lives, we are in the process of departing, drifting, journeying, arriving. But we are also moving inexorably to our time of final leaving, our embarkation.” The final stanza concludes:

My brothers, we are bodies
becoming spirit, forever drifting
mid-transit. We are always
awaiting embarkation.
We have always already
arrived.

The next chance to hear Ambrose read his poetry will be during Athens Word of Mouth on Wednesday, Sept. 7 from 8–11 p.m. at the Globe. The following week, he will be a featured writer at “Poetry and Nature: A Natural History Reading,” slated for Wednesday, Sept. 14 from 7–10 p.m. at the UGA Special Collections Library. Co-sponsored by Friends of the Georgia Museum of Natural History and Athens Word of Mouth, the evening also includes readings by four-time Georgia Author of the Year Philip Lee Williams, Clela Reed and John Pickering. If those two opportunities pass you by, you can also catch Ambrose occasionally sharing poetry with the Nature Ramblers, a group who meets at 8:30 a.m. on Thursday mornings at the State Botanical Garden.

Journey to Embarkation is available locally at Avid Bookshop or online at Amazon and Parson’s Porch Books, the latter of which donations a portion of proceeds to charity. More of the author’s work can be found on his blog, Reflections in Poetry, at bobambrosejr-poetry.blogspot.com.