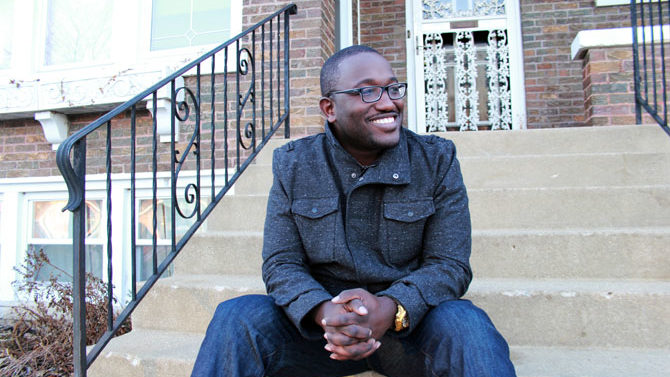 There are a lot of good reasons why you should know Hannibal Buress. Over the past 13 years, the Chicago-born, New York-based stand-up has established himself as an unmistakable voice in comedy, an idiosyncratic character who defies pat characterization. His memorable name has been introduced to television audiences by nearly every late-night talk show host, and he has released three live albums in the last five years. He appears regularly as the laconic foil to the hyperactive host of Adult Swim’s “The Eric André Show,” and he plays Lincoln, the dentist/love interest on Comedy Central’s wildly popular “Broad City.”

Last October, Buress got an unexpected burst of publicity when a bit regarding Bill Cosby’s then-underreported history of alleged sexual misconduct was filmed and posted online. The clip went viral. “That shit is upsetting,” Buress was seen saying. “If you didn’t know about it, trust me. You leave here and Google, ‘Bill Cosby rape.’ That shit has more results than ‘Hannibal Buress’.”

(While Cosby has met the ensuing media glare with an ugly silence, Buress has also clammed up, perhaps due to legal concerns. Aside from briefly acknowledging the fracas in an interview with Howard Stern, Buress’ policy is not to discuss Cosby in the press.)

Before there was Cosbygate, Buress’ career hit a personal landmark last year with the release of Hannibal Buress: Live From Chicago, taped at the Vic Theatre in his hometown.

“It was awesome,” Buress says, his enthusiasm undercut by his signature understated calm. “It’s exciting to come back and do a venue that I used to be an opener at, and then come back and be able to sell out three shows… If you can film it at home, why not?”

True to form, Buress favored the more unorthodox moments of the experience. “It’s funny—the best show was the one we didn’t film,” he says. “I did those shows on a Saturday, and I did a Thursday show without any lights. Without the lights, an 11,000-seater felt kind of grimy, like a club. It was a crazy energy to it, so that was a real fun show.”

Live from Chicago includes one of Buress’ best-known bits, “A Love Letter to New Orleans,” where he rhapsodizes about that city’s laissez-faire atmosphere. He talks about buying a drink from one bar and leaving for another (“I don’t like this place. I don’t like that chair over there”), and registering with the police department to have his own parade on a day’s notice (“They have a parades department! There’s homicides, narcotics and parades! There’s other departments, too, but, you know, rule of three for comedy”).

“That bit kind of went viral within the city, so yeah, a lot of people know me through that,” says Buress. “I spend a lot of time in [New Orleans]. It’s one of my favorite spots.” His most recent performance in the Big Easy closed on a loud note, as he was played off the stage by the Treme Brass Band, the audience following him out into the street.

Buress’ wickedly astute material is both offset and bolstered by his unflappably breezy demeanor. It’s clear watching him that nerves aren’t a factor; stand-up is often part of his everyday routine. Like most comics, he likes to test-drive material with spontaneous performances.

“I take some nights off, where I’ll hang out, check out some music or go to the movies,” he says. “But a lot of other nights, I’ll get up [onstage]—in New York, you can get up and do an 8:30 set or a 9:30 set, and catch a movie at the end, or a show where somebody’s DJing at 11. So, you can have a full night. I like to stay sharp. You can get rusty if you’re not really working. So, if I can, I’ll take a night or two off, just to let my mind reset, then I’m usually back at it.”

Athens Power Rankings for the Week of Jan. 12