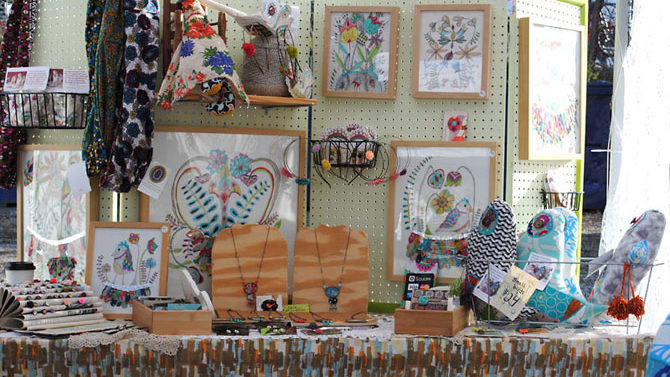 Ten years ago, Serra Ferguson owned a store called Remnants that was housed in the small space next to Agora on the corner of Clayton and Pulaski streets that is now Hot Breath glass studio. She sold almost exclusively locally handmade items, a natural continuation of her experience as a craft fair organizer. When Remnants failed to grab Athens, and Big City Bread Cafe discontinued its craft fair, Ferguson started Craftstravaganzaa on a whim in the parking lot of Agora with two weeksâ€™ notice. Over the past five years, Craftstravaganzaa has become Athens’ largest craft fair.

“My mission has always been to provide a forum for artists to sell their wares. I wanted to make Craftstravaganzaa the kind of fair that I was attending in Chicago or Brooklyn, something that had more of a cosmopolitan or big-city feel,” says Ferguson. 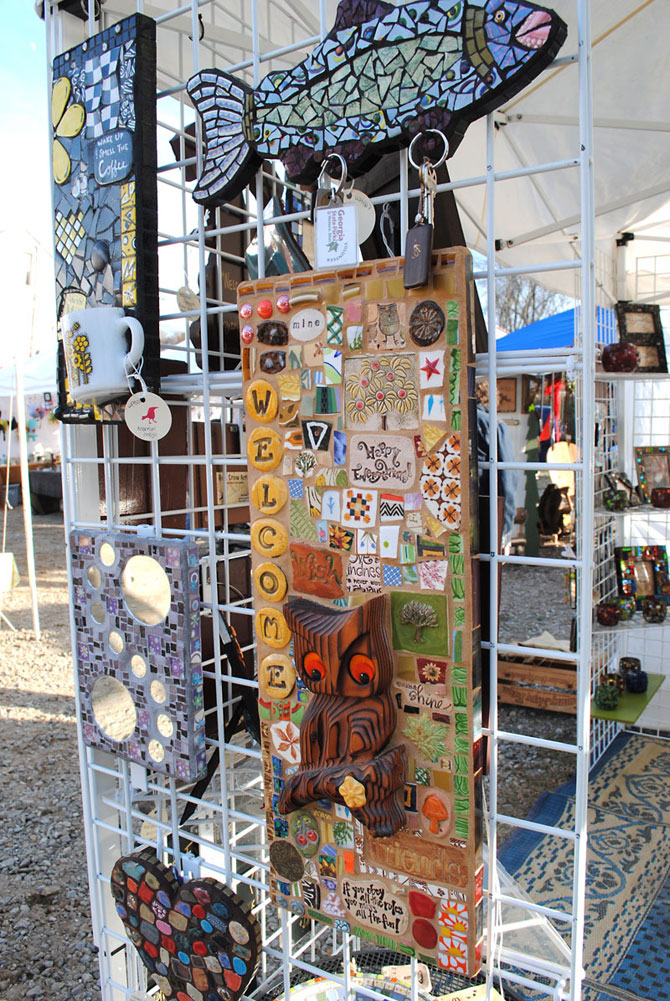 Ferguson’s experience made her aware of Craftstravaganzaa’s context and potential. She uses her connections around the country to invite nonlocal crafters to visit Athens and sell products that are new to the Athens crafting scene. While many out-of-town crafters see the city for the first time, Athens continues to gain a reputation as a legitimate handmade arts community.Â

“A lot of the musicians here are artists, too, but that doesn’t get promoted as much. It’s important that it gets talked about that there is a whole creative community going on here that’s not just the bar scene, that’s not just rock and roll and late-night.”

The inclusion of nonlocal vendors has caused some “grumbling” among some of Athens’ artists, but Ferguson wanted to avoid the stagnation of accepting only local artists, many of whom have sold their crafts locally for years.

As a leading entity in the local craft movement, Craftstravaganzaa is fertile ground for assessing how the can-do attitude of making something by hand can be dismissed as facile, or even foregone in favor of the ease of consumerism.Â

“I think a lot of people might go to these craft shows and say, ‘Why would I buy that when I could just make it?â€™ which is sort of a belittling attitude to someone who has spent time on something,” says local crafter Deanna Perlman. “People don’t realize how much time and passion and heart go into it.”

However, Perlman has sold her knitted and crocheted goods at the Craftstravaganzaa and other Athens craft fairs and finds her success promising.

â€œItâ€™s encouraging to think that maybe weâ€™re moving in the direction of buying things not solely based on them being cheap,â€ says Perlman. â€œWeâ€™ve gotten ourselves into some trouble because there’s a state of mind where things are judged based on their cost, which makes it so we can just buy more and more, but really, youâ€™re buying [inferior items].â€

For Ferguson, the goal of the Craftstravaganzaa is to show the richness available in thoughtful local and sustainable crafts. “The main importance is being able to purchase something that is unique and handmade thatâ€™s imbued with the spirit of the person who is making it,â€ she says.